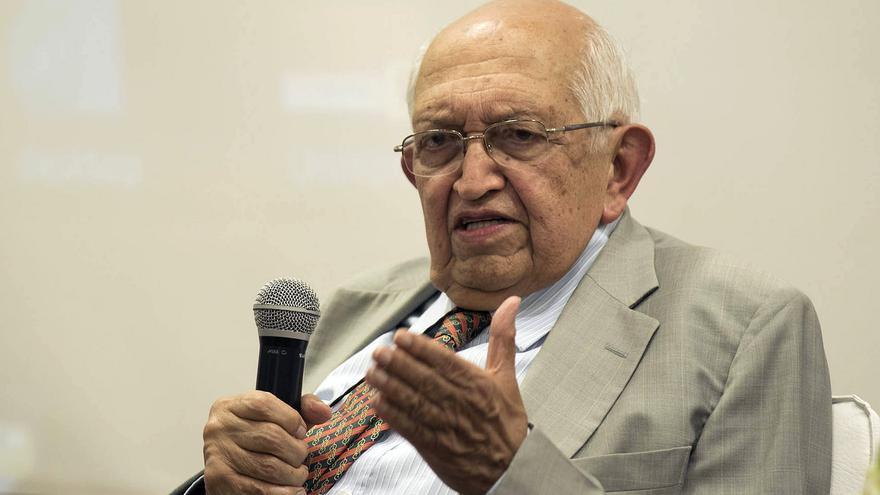 Bogotá, Feb 9 (EFE) .- The Colombian president, Iván Duque, decorated this Tuesday with the Order of Boyacá, the highest distinction in the country, to the journalist and writer Plinio Apuleyo Mendoza, whom he described as an “irreplaceable teacher” of the lyrics that have fought against populism and demagoguery.

In a virtual ceremony, Duque highlighted the 89-year-old writer as a great communicator who has explored the different journalistic and literary genres and took the opportunity to highlight his work on the Day of the Journalist in Colombia.

“On this February 9, we pay tribute to all those who through this noble profession work intensely for the truth (…) And I believe that on this Journalist’s Day there is not a Colombian who more embodies the virtues and desires of that profession that you, teacher Plinio “, expressed Duque.

Mendoza, who was one of the closest friends of the Colombian Nobel Prize for Literature Gabriel García Márquez, was also noted for his “voracious spirit of reading, analyzing, and translating analysis into all possible genres of literature.”

Likewise, Duque said, the writer – born in Toca, in the department of Boyacá, on January 1, 1932 – left the name of Colombia “high” as a diplomat, since he was, among other positions, ambassador to Lisbon and Rome.

The president also stressed that in his role as a writer, Mendoza “was able to transmit with agility feelings and perceptions about iconic moments in the history of the last 60 or 70 years.”

“It is also pleasant, Master Plinio, to see you in the art of the interview. Art that is not easy and in which many have tried to flourish, but have not succeeded because they fall into the temptation in which the interviewer wants to displace the interviewee in the leading role, “added the president.

Another factor that Duque highlighted was his political work, which he believes has made it possible to understand what happens when “the prophets of chaos invite class confrontation, to delegitimize the business function of society.”

“We are before one of the greats of literature, of the greats of journalism, of the greats of political controversy, not only in Colombia but in Latin America. And that is why as president of the republic I am pleased, I am honored to give him this deserved distinction of the Order of Boyacá “, added Duque.

Mendoza is also recognized for having written the “Manual of the perfect Latin American idiot” together with the Cuban Carlos Alberto Montaner and the Peruvian Álvaro Vargas Llosa, in which they analyze the history of Latin America with satire.