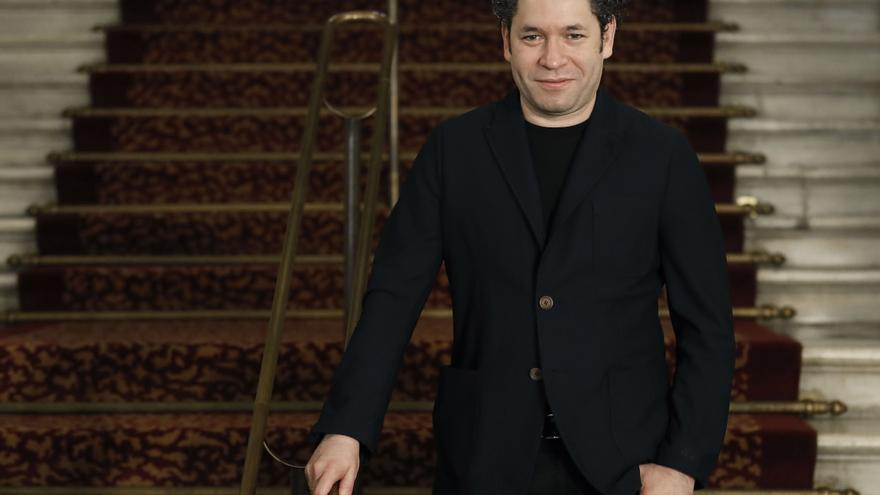 Las Palmas de Gran Canaria, Jun 28 (EFE) .- The “transforming power of music” as a tool for vital learning and social inclusion and improvement has been claimed this Monday by Gustavo Dudamel, hours before directing the opening concert of the 37 Canary Islands International Music Festival in front of the Encounter Orchestra.

An ephemeral musical formation that, devised by the maestro and promoted through the foundation that bears his name, brings together young people from Spain and America for a few weeks who, guided by his baton and those of other renowned conductors, improve their training in a program that culminates with this performance in Las Palmas de Gran Canaria, among others.

The opportunity that the initiative represents for its beneficiaries goes far beyond the wisdom they can gain as interpreters, since, in some cases, it allows them to become known and relate to children who “have been isolated” and, in others, it provides them a valuable and unique experience, since “some will not have the chance to play in an orchestra” in the future, says Dudamel in statements released by the International Festival of the Canary Islands.

Being in it “is an honor and a privilege”, affirms the director, who remembers that he already participated in the contest years ago and insists: “really, coming back is wonderful, especially with this youth orchestra”.

The purpose of bringing these kids together, he says, is “to include them in a world in which they can learn, share, transform their lives in every way, artistic and human.

To the point that after living this experience “they will return as leaders to their communities”, where they will be able to expand “all that knowledge” acquired on their trip to Madrid and the Canary Islands to play and learn sponsored not only by Dudamel, but also, according to he himself underlines, by musicians from formations such as the Vienna or Los Angeles Philharmonic Orchestras.

Renowned artists who have collaborated with the initiative, he indicates, because “they really believe in the process and in the transformative power of music.”