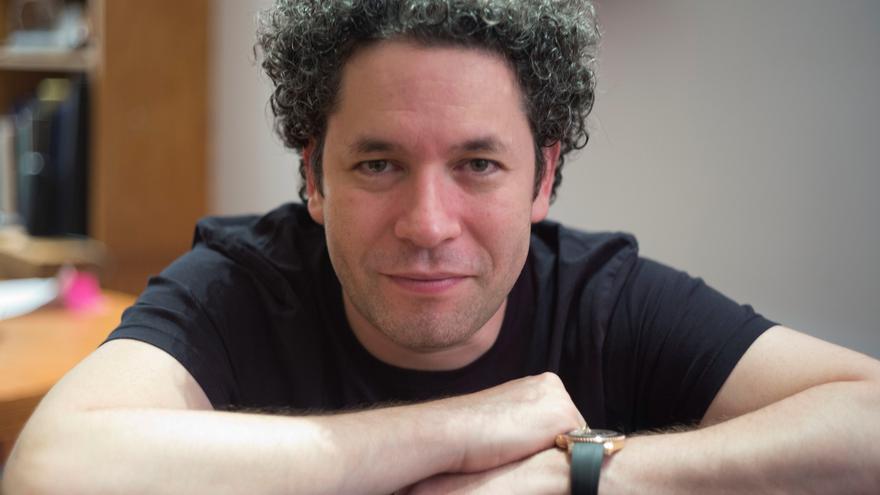 Los Angeles (USA), Apr 9 (EFE) .- Gustavo Dudamel and the Los Angeles Philharmonic (LA Phil) will return to the stage on May 15 after more than a year without concerts in the Californian city because of the pandemic.

"I cannot describe the joy and hope I feel at the thought of returning to the stage with our musicians, live and in front of the public," Dudamel said in a statement on Friday.

LA Phil detailed plans for the limited-capacity reopening of the Hollywood Bowl, the iconic outdoor venue in Los Angeles (USA) that during the summer and fall is home to the orchestra led by Dudamel.

Between May and June, the LA Phil will host four free concerts at the Hollywood Bowl for doctors, nurses, first responders, and other essential workers who have given up their skin in the fight against coronavirus.

Following the guidelines of the health authorities, these recitals will have a limited capacity of approximately 4,000 people, a remarkable figure for the pandemic but far from the more than 17,000 seats that the Hollywood Bowl has.

The Venezuelan teacher assured that "nothing can be compared" with "the magic" of the Hollywood Bowl, where "the sound waves mix with the soft breeze of the southern California sunsets."

The third event will be held on June 12 and will feature Thundercat and Flying Lotus as the protagonists.

It is not yet known who will perform on June 26 at the last of those free concerts organized by the LA Phil.

These four special performances will be just the appetizer of the Hollywood Bowl's 2021 lineup, which from July and for 14 weeks will include concerts by the LA Phil and other artists.

Schedule details for the Hollywood Bowl's comeback will be released on May 11.

The Ford amphitheater, which will open its doors at the end of July and whose concerts will be announced on May 25, will also return to activity.

Chad Smith, who manages the Los Angeles Orchestra as CEO of the LA Phil Association, emphasized that, after more than a year of "tremendous difficulties" and "incredible demonstrations of resilience", they are very excited about the return of live music. to the Hollywood Bowl and The Ford.

"The concerts this summer will probably be some of the most memorable, inspiring and restorative of all of our lives," he said.

Tags: Àngels, doubt, may, Philharmonic, scenarios, they will come back