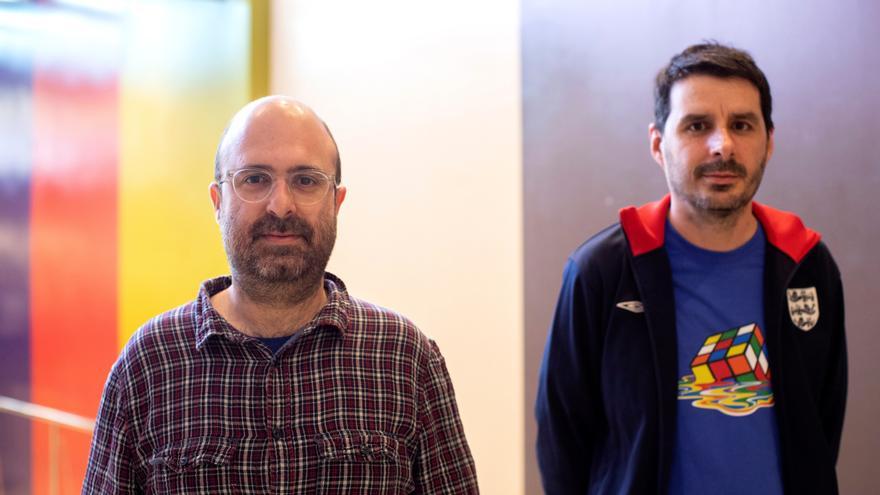 Barcelona, ​​Feb 18 (EFE) .- The premiere in Spain of “Driveways” ,? by Andrew Ahn, will open the 8th edition of the Americana Film Fest, a North American independent film festival that will be held in four theaters in Barcelona, ​​through the Filmin platform and which, for the first time, will arrive in Madrid.

The directors of the Americana Film Fest, Xavier Lezcano and Josep Maria Machado, have advanced this Thursday in a public presentation in the Girona cinemas of Barcelona the programming and news of this edition, in which the Círculo de Bellas Artes de Madrid joins the contest and 26 feature films will be screened in the official sections.

The Girona, Zumzeig and Phenomena cinemas in Barcelona and the Filmoteca de Catalunya will host the festival from March 2 to 7, and it will also be installed in Madrid for three days, from March 12 to 14, thereby “consolidating the previous cycle that he had done Route 66 in previous years, “the itinerant program of the Americana Film Fest, Lezcano commented.

Another novelty, Machado emphasizes, is that “for the first time the festival opens a digital window for the official sections and Discoveries through the Filmin platform.”

In Filmin, in addition to being able to see 21 of the 26 titles of the official sections Tops, Next and Docs, the Discoveries section will be broadcast, which recovers 15 feature films and 2 shorts, unreleased on platforms and with discoveries such as? “LoveTrue”, by Alma Har’el, or “Starlet” ?, by Sean Baker.

“Spaceship Earth” ,? Sci-fi scripted documentary about the attempt to create an artificial ecosystem to combat the climate crisis and a possible extraterrestrial habitat, will put an end to this eighth edition in Barcelona.

Lezcano and Machado have highlighted that the programming is growing again and includes among its main courses the great comedies of the indie season, “? Palm Springs” and “? Shiva baby”; Titles that portray the Trump era like the documentary? “Feels Good Man” ,? Special Jury Prize at Sundance; and “green shoots” as promising as? “The last black man in San Francisco” ,? award for best direction at Sundance.

On its opening night, March 2, the festival will screen “Cody’s Summer” (Driveways) ,? a vitalist proposal premiered at the Berlinale and starring Hong Chau? and the American actor Brian Dennehy, in which it was his last role as he passed away in April 2020.

Imaginative, politically incorrect and with fantastic elements, “? Palm Springs” ?, with two nominations for the Golden Globes (best film and best actor), will have its Spanish premiere on the big screen at the Americana.

The documentary “Assassins”, which follows the investigation carried out by the defense of Sito Aisyah and Hadi Azmi, accused of the murder of Kim Jong-nam, brother of Kim Jong-un, the top leader of North Korea, will also be presented in Kuala Lumpur airport.

The framework highlights a geopolitical strategy as twisted as it is surreal, following the style of the “crime stories” and with completely unexpected twists, which confirm once again that reality is more than fiction. ?

The suggestive psychological thriller? “The Killing of Two Lovers”, “Summertime” ,? second film from the director of? “Blindspotting” ?, Carlos López Estrada; or “Nadia, Butterfly”, by Pascal Plante are other of the 14 Spanish firsts included in the program.

Kelly Reichardt, great lady of North American indie cinema, with an unmistakable style and a personal look, always detailed and poetic, will be the subject of a retrospective by the festival and the Filmoteca de Catalunya that will review seven of her films between 9 and 21 March:? “Owl”, “Certain Women”, “Meek’s Cutoff”, “Night Moves”, “River of Grass”, “Old Joy” and “? Wendy and Lucy” ?.

Reichardt’s filmography is marked by perpetual travel, poetic minimalism, friendship, the state of Oregon, huge spaces confronted with the existential uncertainty of characters trapped in their own self, homosexuality and everyday details.

In addition to Reichardt, Americana will schedule the latest works by veterans like Tim Sutton (“? Funny Face”?), Alexandre Rockwell (? “Sweet Thing”)? or David France (“Welcome to Chechnya”), and the Canadians Denis Côté (“? Wilcox”?) and Philippe Lacôte (“? The night of the kings” ?, candidate for the Oscar for Best International Film).