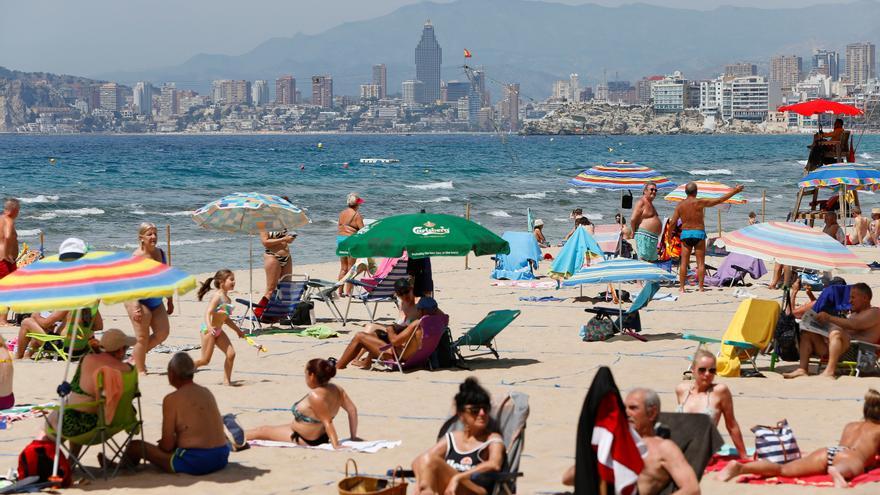 Madrid / Alicante / Murcia, May 15 (EFE) .- Drivers and bathers this Saturday have become the protagonists of the first full weekend without the current state of alarm, the first due to the intense traffic on several Spanish roads and the seconds when starting to go to the beaches to enjoy the good weather.

Practically all the departures from Madrid registered traffic complications at 1:00 p.m., especially the Burgos highway (A-1), in the vicinity of the Jarama circuit; the Valencia highway (A-3), in Rivas Vaciamadrid; and the Extremadura highway (A-5), in Arroyomolinos.

Also in the Community of Madrid, traffic was slow on the M-501, near Navas del Rey, in the direction of the San Juan reservoir, according to the General Directorate of Traffic (DGT).

In this first weekend without a state of alarm and with mobility between autonomous communities allowed, there were also difficulties in the traffic out of Seville on the A-4, in Dos Hermanas; and by the A-49, in Sanlúcar la Mayor, where hours before an accident had occurred.

The rest of the roads in the national territory were circulating normally, according to the DGT.

Also the beaches, especially those on the Mediterranean coast, have begun to register the arrival of bathers who, in many cases, have thrown themselves onto the sand the first time they have had to enjoy the good weather and the waves.

This is what has happened, for example, in points such as the Region of Murcia and the Valencian Community. Beaches in the province of Alicante welcomed many people who spent their free time bathing, doing sports, sunbathing or walking along the seashore.

The most impatient have decided to take the first bath of the season, while groups of children and young people enjoyed the sea on their boards, during a “surfing” class.

“We came yesterday,” a bather explained to Efe, who has summed up the last few months as “living to work”, so “at the moment we had an opportunity … for the beach!”

That was the general idea. “Since they closed us … working non-stop and now that we have some savings and we have time, especially Friday, Saturday and Sunday that we come. At least you clear yourself, take a little walk, change of scene,” commented another Happy tourist, who summed up this experience in one word: “Great!”.

The Murcia Ministry of Tourism has indicated to EFE that this weekend “a significant increase in the influx to the beaches of the Region is being perceived”, which “has also had an impact on bars and restaurants on the coast that are completely full “.

A source from that council has recalled the optimism that the hospitality sector has shown “regarding the good forecasts for the summer season” in terms of occupancy and reservations.

The hotels on the Costa Cálida that are not yet operational are scheduled to open from the first half of June, the same source has indicated.