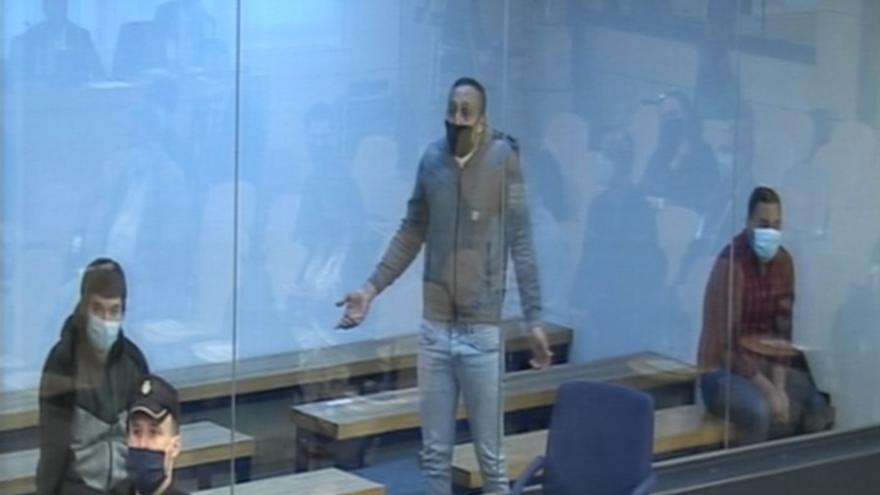 Radical Islamist or desperate young man? Regarding Driss Oukabir, whom the Prosecutor’s Office asks for 36 years in prison for being part of the cell of the attacks in Barcelona and Cambrils, opposite versions have been given in the trial that is held at the National Court. His relatives in Ripoll, including the ex-girlfriend whom he abused, have portrayed him as a young man who only thought about taking drugs, drinking and partying, without any relation to Islam. On the other hand, a protected witness has assured that Oukabir insulted him and threatened to defend that women did not have to wear veils.

Although his religion or habits are not judged, several private and popular accusations as well as the defense of Oukabir have asked the witnesses if the young man went to the mosque, if he used drugs or alcohol or if he liked to party. Oukabir’s lawyer has come to question whether the boy drank beer and what his favorite brand was.

The responses from Oukabir’s environment in Ripoll have served to blur the image of a radicalized Islamist alleged by the accusations. “Driss did not know the imam [Es Satty] and he partied a lot, “said her ex-partner, who at the end of July 2017 obtained a restraining order from Oukabir for mistreatment. According to the young woman, Oukabir lied to her parents and brother when she told them that she was doing Ramadan: “At home he used to say that he was compliant but he was smoking all day and partying every day.” “He drank beer and drank more things,” he added.

The ex-partner has also denied that the accused forced her to wear a veil. “He never forced me, I put the veil on to like him,” he said, reducing the credibility of the insults that a chat user, who has declared as a protected witness, assured that Oukabir gave him on the Internet when defending that women should dress as they wish. On the other hand, the young woman did notice a change in Oukabir’s younger brother, Moussa, who suddenly began to be more reserved and to wear Djellaba. Moussa was one of the five members of the cell killed after the attack in Cambrils.

Contrary to the private accusations of the injured and the popular, the Prosecutor’s Office has bordered the debate on the lifestyle of Oukabir and has not asked the witnesses about it. For the Public Ministry, the basis for asking him for 36 years in prison for a terrorist organization and conspiracy for the crime of terrorist ravages is that Oukabir would have gone, along with other members of the cell, to rent the vans that they intended to fill with explosives. Oukabir denied having been in Alcanar’s chalet – there is a protected witness, pending to testify, who places him at the house – and acknowledged that he rented two vans that were used by the terrorists, but said he did so thinking they were to make a move because Younes Abouyaaqoub, the terrorist on the Rambla, and Youssef Aalla, who died in the Alcanar explosion, had told them so.

They are far fewer clues than those that weigh against Oukabir’s bench mate, Mohamed Houli, who recorded the videos of terrorists making explosives in Alcanar, sold jewelry for the cell to get funding and was injured in the explosion of the chalet that precipitated the attacks on La Rambla and Cambrils. Oukabir was in the days before the attacks in Morocco with his family, as he explained in reaction to the restraining order that was imposed on him.

Little or nothing has been clarified about the specific facts that most compromise Driss Oukabir during our trial sessions. Regarding the rental of the van, a friend of Oukabir has endorsed his version that he had rented it because two of the younger members of the cell had asked him to carry out a move. Otherwise, all acquaintances as well as Driss’s ex-girlfriend have told the court that, unlike his little brother, he had no relationship with the young jihadists of Ripoll –Oukabir is a few years older; Now he is in his thirties – not even with the imam, since he did not go to the mosque.

“Driss went alone, he didn’t hang out with the boys from the attack,” said another acquaintance of Oukabir. Another witness, brother-in-law of two of the terrorists killed, the Hichamy brothers, explained to the court that a few hours after 17-A he found a note in the family home with the list of authors of the attacks signed by all of them. Yes, there was the name of the accused Houli, and that of the rest of the cell who was killed by the Mossos after sowing terror on the Rambla de Barcelona and the seafront of Cambrils. The name of Driss Oukabir was missing, the witness revealed.

The court chaired by Judge Félix Alfonso Guevara has had to warn the parties on several occasions so that they stick to the facts and not lead the interrogations to a questionnaire about Driss’s way of life. The judge, more moderate in his ways than at the beginning of the trial, almost ran out of patience when Oukabir’s lawyer insisted on his bad habits to a witness friend of the young man. First, the friend had reported that Oukabir “when he used said he was a jihadist”, which was followed by a question from the lawyer about whether the accused was unfaithful. “With how important this is, that we focus on whether he was consuming, he himself said a word while on a spree, in his relationship with his partner … Are they taking it seriously?”, Guevara ugly to the lawyers.