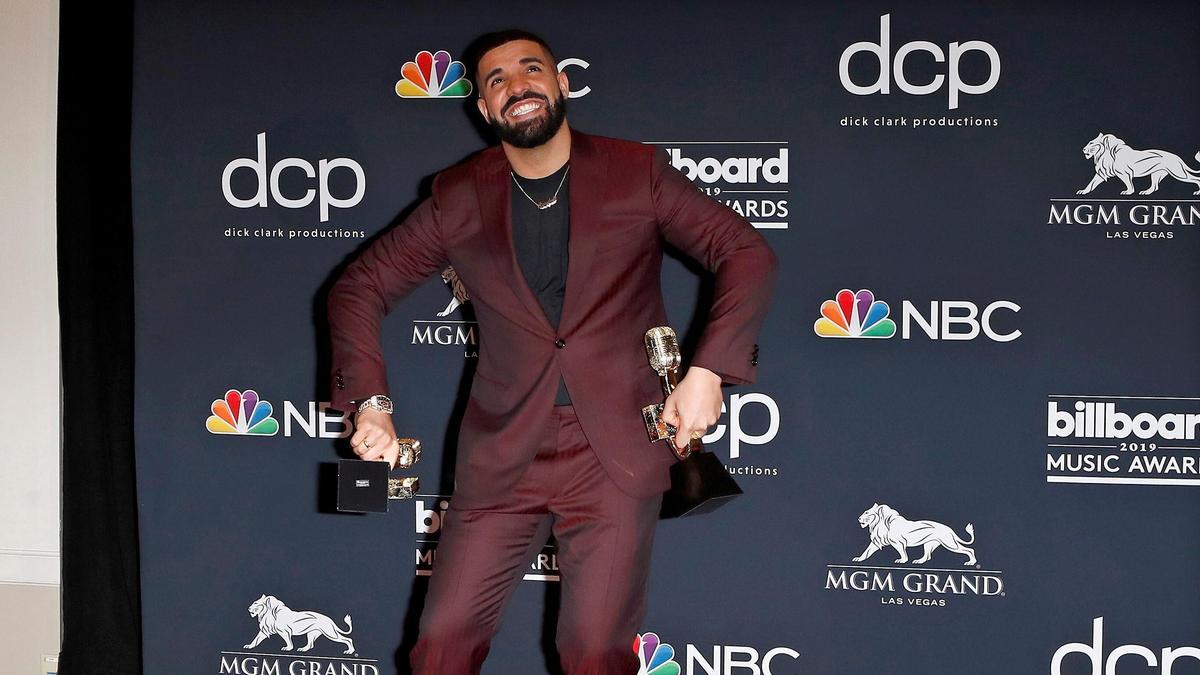 The Recording Academy, the North American association that manages the Grammys, has accepted Drake’s voluntary withdrawal for the 64th edition of his awards, one of the most important in the music industry. The Toronto one was nominated in two categories, Best Rap Album for his latest album, Certified Lover Boy, and Best Rap Performance for the song Way 2 Sexy, where he is joined by Future and Young Thug.

Following the artist’s decision, the academy has updated its nomination list, which in the Record of the Year category includes names like Jon Batiste, Lady Gaga, Justin Bieber, Doja Cat, Billie Eilish, HER, Lil Nas X, Olivia Rodrigo, Taylor Swift or Kanye West. According reports Variety magazine, It is not known with certainty if Drake registered his participation also for this category or others as valued as Song of the Year. Yes, he did it in the two specific ones that he now retracts. The awards will be announced at a gala scheduled for January 31.

The list of disagreements between the artist and the Grammys is extensive. Already in 2017, during a radio interview, Drake tried to explain why his success Hotline bling, which had been awarded as Best Rap Song and Best Rap Performance, had been framed in that category. “Is it maybe because I’ve rapped before or because I’m black?” He wondered. What ‘revenge‘later withdrew his mixtape More Life, one of his best works according to critics and fans, of possible nominations for the next gala.

Another key moment was the abrupt step to advertising during his speech when collecting the award for Best Rap Song for God’s Plan in 2019, while explaining that success was not receiving a Grammy, but having the support of the public. Then he joked on Instagram defining his words as too raw for television. Both he and Kendrick Lamar, the artists with the most nominations that year, had declined to perform at the gala. Another of the greats of that talent generation, Frank Ocean, had already retired in 2016 his monumental Blonde of the nominations and published a very tough open letter on Tumblr against the organizers.

The penultimate brawl between the Canadian and the Grammys happened last year, when he supported boycott from his Toronto neighbor, The Weeknd, after not receiving any nominations despite having swept the charts with his album After hours. He was blunt in his storiesAccording to Drake, some awards “which were previously the greatest form of recognition” have lost all relevance today and are “disconnected”. A list of encounters too bulky to think that the withdrawal is due only to a tantrum on the part of the artist.

This debate, which is now reopened with Drake’s voluntary withdrawal, is anything but original. The first boycott of the scene hip-hopera It was given in 1989, the first year it was listed as a category at the Grammys. The reason? The rap awards ceremony would not be televised, while another newcomer genre such as metal would. Artists such as Will Smith, LL Cool J or Salt-N-Pepa refused to participate and two years later Public Enemy continued to maintain its resignation from the awards for ethical reasons.

There are more notable cases, such as that of 50 Cent, who has never publicly hidden their contempt. And it is that the apparent lack of sensitivity of the Recording Academy with such an important genre during the last decades has caused moments as delusional as Adele’s, turning her acceptance speech of the Grammy for Best Album of the Year for 25 on a plea of the importance of Lemonade of Beyoncé in her life.

Another controversy that lasts in time and still generates memes today It was when Macklemore and Ryan Lewis received four awards in 2014, one of them for Best Rap Album, above the Good Kid mAAd City by Kendrick Lamar. Macklemore himself claims that he took that award for be white and that he benefited from a system that he himself has tried to fight artistically. Even apologized personally to Compton’s, acknowledging that “Kendrick was stolen” on that evening.

The recent Quarrel between Residente and J BalvinLeaving aside the personal piques between the two, his underlying issue was something as relevant as the treatment given by the Latin Grammy to reggaeton. In fact, already in 2019 a pioneer like Daddy Yankee headed the #SinReggaetonNoHayGrammys campaign, a boycott that was joined by urban artists such as Karol G, Natti Natasha, Anuel AA, Maluma or Balvin himself. The most curious thing about the matter is that these awards were born, precisely, to counteract the lack of Latino representation in their ‘older brothers’.

There are too many examples. The blazing success of Huntsman seems to have erased that Lil Nas X was kicked off the charts from country because his hit Old Town Road It did not conform to the orthodoxy of the genre, something that many interpreted as an openly racist maneuver. And although the forms were not exactly the most indicated, the famous Kanye stage invasion During the presentation of an MTV Video Music Award to Taylor Swift, it originated what West saw as a disregard for Beyoncé’s career.

It is not a problem confined only to the music sector. The Oscars had to announce “drastic changes” in their rules after the #OscarsSoWhite campaign, in which the Academy was singled out for an obvious lack of diversity. And Spain is not an exception either, with recent examples such as the controversial Planet Award to Carmen Mola or the controversy around some accommodating Goya nominations. Reality seems to show that the industry unequally recognizes women, racial minorities, street styles or innovative expressions, which puts the focus on the conservative gaze of those responsible for such distinctions.