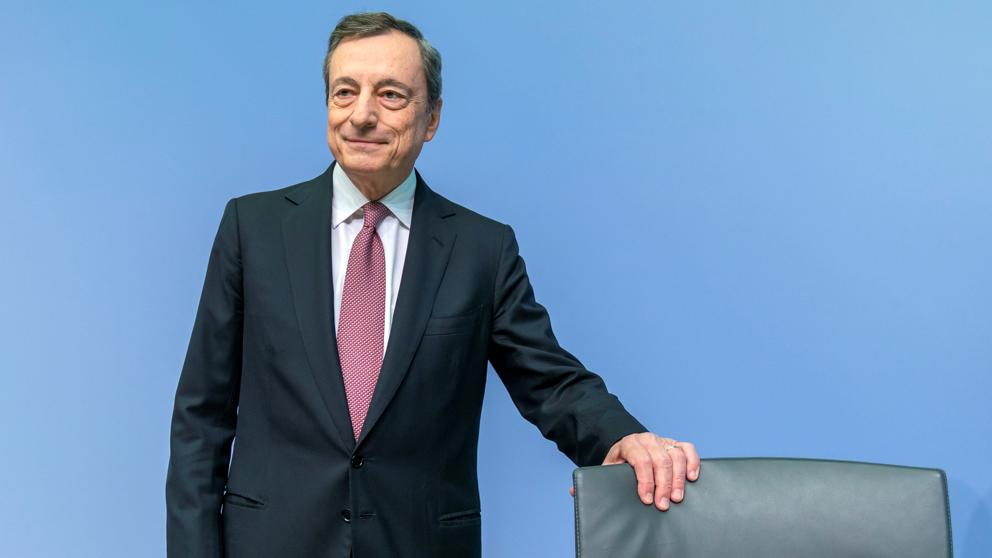 Mario Draghi, president of the European Central Bank (ECB), began saying goodbye yesterday to the eurozone and did so by putting more wood on the table to try to avoid or delay a recession as much as possiblen, as planned, but also asking the states for cooperation so that the fiscal policy –Public spending– take over from monetary policy. The message is especially directed to Germany, on the verge of recession and with budgetary margin to do so.

You can't say that Draghi Don't preach giving wheat. In the penultimate meeting of the governing council that presides – the next October 24 will be the last before giving relief to Christine Lagarde a week later -, the ECB the interest rate charged to banks for their deposits increased from 0.4% to 0.5%, left the reference rates for loans at 0% and announced that the program will be launched again on November 1 of purchase of bonds at a rate of 20,000 million per month.

Banks will pay 0.5% interest for their money in the agency instead of 0.4%

The decisions, totally discounted by the markets, were softer than anticipated by the experts, who expected a higher penalty for the banks, the entry of the reference rates in negative territory and at least 30,000 million per month to stimulate the economy. At the press conference, Draghi He explained that there are no deadlines for this new battery of measures, which could be complemented by a drop in rates to the negative terrain in the future.

The next steps, with Lagarde in front, they will depend on how things go. And, at least for now, they don't paint anything right. The ECB cut yesterday its forecasts of growth of the economy one tenth this year to 1.1% and two tenths in 2020, to 1.2%. With regard to inflation, the forecast is that prices increase 1.2% this year compared to 1.3% of the previous forecast and that only 1% increase in 2020 and not 1.4% as expected in June.

New forecast: the eurozone will grow one tenth less this year and two less 2020

This panorama, together with the political and economic uncertainties, make the ECB more “accommodative” than ever, according to Draghi's own jargon. The bond purchase program will last “until necessary”, the reinvestment of the money invested in bonds so far –2.6 billion euros– will also be done “until after the rise in interest rates and until it is precise". And the rate hike, a movement that has not occurred since the summer of 2011 in the eurozone, will not come “until the inflation outlook converges robustly with the ECB's objectives”, set below but close to 2%.

In summary, Draghi de facto extended the exceptional nature of the era of infotypes of interest for a long period of time, which the ECB will already live with Lagarde at the head of the Eurotower in Frankfurt. The eurozone will have negative rates and at least half a billion euros more than the ECB in financial assets in the next two years. After the announcement of Draghi's measures and explanations, the market naturally assimilated what happened. The euro momentarily lost $ 1.10, but then recovered. And the exchanges, with some initial volatility, closed in Europe with slight gains.

The price of money is left at 0% and will remain there, or even below, "until it is necessary"

Who did not like anything he saw was the president of the United States. It took Donald Trump a few minutes to lash out against the ECB and hit the Federal Reserve on the way. “The ECB, acting quickly, lowers the rates 10 basis points. They are trying, and getting, to depreciate the euro against the VERY (sic) strong dollar, damaging US exports … And the Fed sitting and sitting and sitting. They have to pay money to deposit their money, while we are paying interest! ”Trump said in a tweet. After being asked at the press conference, Draghi replied to Trump: "We have a mandate, among which there is no exchange rate," he said in reference to whether he seeks depreciation of the euro. "The decisions we have taken are based on the weakening of the economy," he insisted.

Although it is still possible to go further, the margin for the ECB is close to running out. Therefore, Draghi openly called for the involvement of politicians in boosting the eurozone economy. Without their decisions it will not be possible to achieve it, he said. “There have been some structural reforms in some countries. In some countries. Now is the time for fiscal policy, which must be the main complement to monetary policy and must play a much more active role, ”said Mario Draghi.

Angry in the US

This petition, which said it unanimously supports the entire ECB council, is addressed to Germany – and other countries with sound public accounts – in order to increase public spending to boost the economy. "Countries with fiscal margin should act in a timely and effective manner," Draghi dared to say. It is time for fiscal policy to take over from the monetary one and become the main tool to activate now very weak growth.