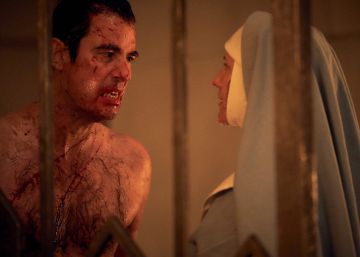 In the second chapter of Dracula from the BBC (for these payments, in Netflix), the count and Van Helsing, his vampire slayer, play chess, in a blatant tribute to the game that death and Antonius Block play in The seventh seal from Bergman.

Michel Pastoreau, historian of colors, tells that the primitive versions of the game were red and black. Upon arriving in Europe, white replaced black, and from the thirteenth century onwards, medieval red and white chess gave way to the current black and white checkerboard, making the symbolism of opposites very clear. Between the two players there is no room for the agreement or the middle ground: light against darkness, good against evil. Whenever two characters play chess, they are deciding the fate of the entire universe.

The beauty of the game of the series (which is a superb pastiche that looks like Dracula from Stoker the same thing that Blue summer to one of Tarantino) is that the evil that the vampire represents is not pure, nor is Van Helsing’s good so selfless. In this version, the monster and its hunter are intellectuals who have fun getting riddles. They look like Hannah Arendt and Adolf Eichmann in Jerusalem, but Van Helsing does not have the ethical foundations of the German philosopher, and Dracula is much more fascinating than that bald man who tried to go through Hitler’s errand boy.

This Dracula may hide a plea against intellectuality. Without gutting anything (what a convenient verb in this story), I advance that Van Helsing is able to sacrifice many lives to satisfy his curiosity about the character he supposedly wants to defeat, but he really admires. The moral is clear: do not be faithful of the smart, because they are only worried about their puns.