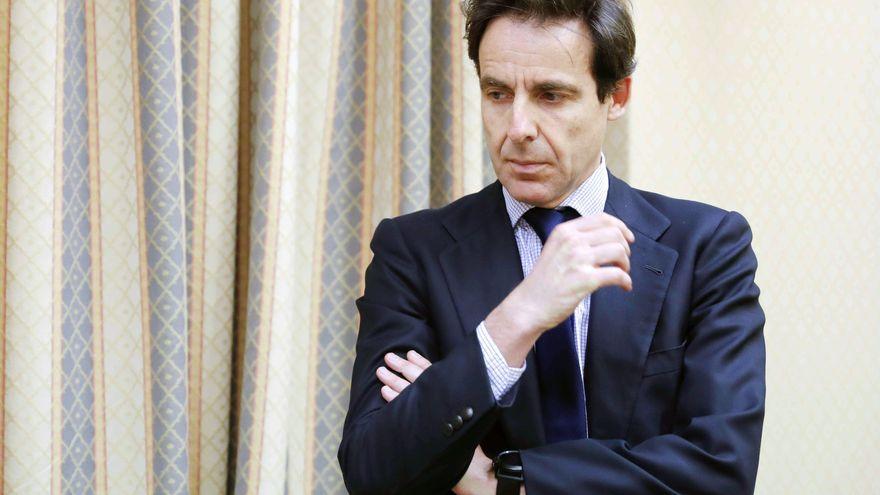 New jail request for Javier López Madrid. Dr. Elisa Pinto, who also prosecutes harassment in a Madrid court, has submitted a letter to the National Court requesting six years in prison for the businessman for hiring Commissioner Villarejo, when he was still active, within a strategy of harassment to the victim. For Villarejo, Pinto’s representation asks for the same sentence. He attributes a bribery crime to both.

Judge Manuel García Castellón instructs a piece in the Villarejo case on the alleged hiring of the commissioner by López Madrid to harass the doctor and last July issued the order with which he ended the instruction and dictated the pass to abbreviated procedure , the equivalent of prosecution for crimes punishable by less than nine years. This investigation by García Castellón only subscribes to that commercial relationship between the two, prohibited to a public official, and not to the very strategy of harassment and aggression against the woman that López Madrid would have ordered and Villarejo executed. These other facts are investigated in the Court of Instruction number 39 of Madrid.

Precisely, the titular judge of that Madrid court, Belén Sánchez, closed the investigation last year and proposed to try Javier López Madrid for the crimes of harassment and threats, while Villarejo was attributed an alleged crime of aggression with a dangerous element. At this point the magistrate refers to the puncture that the doctor allegedly received from Villarejo in April 2014 when she told her “López Madrid wants you to shut your mouth.” The Prosecutor’s Office raised its request last March considering López Madrid also “co-author” of the aggression, as a person who would have commissioned the same from the police in exchange for money.

Prosecutors in the Villarejo case considered from the outset that the piece that was opened in the framework of that case should be addressed as one more order for which the policeman charged using his status as a public official, then assigned to the Deputy Directorate of Operations of police. Therefore, the alleged harassment committed by the employer to the woman, for which he is prosecuted, and which is still charged in another court in Madrid, on the 26th, to Dr. Pinto herself would be excluded.

The accusation letter from Pinto’s representation considers it to be proven that López Madrid contacted the commissioner through the banking manager Donato González. In the aforementioned letter, the notes of the commissioner’s agenda and the extracts of the recordings that would prove the commercial agreement between López Madrid and the police officer are collected. Pinto’s lawyer, Ana Blanco, assures that the commissioner carried out “telephone follow-ups”, accessed “private information” and “tried to interfere in the police investigation” of López Madrid, which had been opened as a result of the woman’s repeated complaints against him. businessman. Between September 2013 and March 2014, López Madrid called three Villarejo phone numbers 135 times.

Regarding Villarejo’s recordings, the brief of the private prosecution reproduces, among others, this extract: “I, when everything is over, when I put the complaint to the turkey, this and all those who have helped him and such and such, I will speak with him, with Javierito … put a little bit of money on me because he has put me in a jam and you haven’t even called me to tell me (…) I’m going to tell him: little boy, damages “.

Pinto’s lawyer does not stop at José Manuel Villarejo. “It is also worth mentioning the close relationship maintained by Javier López Madrid with other policemen who maintained a striking and close contact with him while the investigation of the events denounced by Elisa Pinto on the harassment of Javier López Madrid lasted. Thus, he mentions, among others, to the policeman who took over the investigation by order of the political brigade, the current commissioner of the Centro district, Alberto Carba.This commissioner appears in messages seized by the Civil Guard from López Madrid, giving encouragement to the businessman under investigation and transferring details of the investigation to him. “We are going to win this game”, he says.

Dr. Pinto also asks for two years in prison for Rafael Redondo, Villarejo’s partner, and that the policemen mentioned, as well as the defendant in the Villarejo case and Operation Kitchen, Andrés Gómez Gordo, the policeman who was María’s advisor, testify as witnesses. Dolores de Cospedal. It also intends for Alejandro de Pedro, the computer guru of the Punic case to give a statement, who, as reflected in the summary of this fact, received in a message from López Madrid the exact address of Dr. Pinto. López Madrid has appealed the order to pass the abbreviated procedure issued by Judge García Castellón in July.