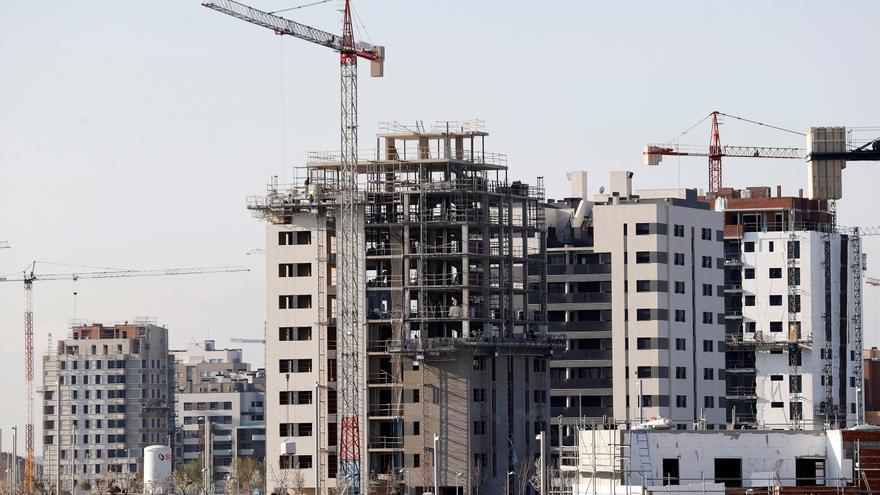 Doubts about the growth of the mercantile economy in 2021 have been dispelled when the intense growth in the fourth quarter that the Tax Agency (AEAT) has just published with its most complete short-term statistics was known. Is about Sales, salaries and employment in Large Companies and SMEs companies (VESGEP) that covers a population of 1.1 million companies with 94% of the turnover of all VAT filers. It covers all productive activities except energy, financial and insurance institutions, Public Administrations, education and health.

Domestic sales have grown by 15.8% at current prices, also exceeding those of 2019 by 3.9% and in line with the 14.5% growth in VAT collection that announced the Ministry of Finance last January 27.

These very high nominal growths are not affected by the recent expansion in electricity prices since, as has been said, the electricity industry is not included in the sectoral scope of the statistics.

Total sales grow in the 22 sectors detailed in the statistics and in 16 of them the records for 2019 are exceeded. The intensity of their recovery compared to 2019 stands out for construction and real estate activities (+10.9%) and commerce ( 7.8%).

When comparing this growth with that offered by the Quarterly National Accounts Advance (QNA), a reasonable harmony is observed in the case of industry, whose gross value added (GVA) grows at current prices by 12%, only four points per below sales. But in construction and in non-financial commercial services the differences are enormous so that the commercial and non-financial GVA in the Quarterly National Accounts grew by only 8.1% compared to 16.8% of total sales.

The most striking case is, without a doubt, that of construction and real estate services. The advance of the Quarterly National Accounts estimates that the production (Gross Fixed Capital Formation in the terminology of the QNA) of the construction falls 0.3% at current prices and the GVA falls 1.6% also at current prices. But sales grow 17% in 2021 and already exceed 2019 sales by 11.2%. This extraordinary dynamism of construction in 2021 is also corroborated the apparent consumption of cement, which grows by 11% exceeding by 1.9% that of 2019.

Indirect indicators of the boom in construction activity in 2021 are found in completed homes (12.8%), those started (28.8) and official bidding (92.6%), although these last two indicators rather anticipate the maintaining strong activity in 2022.

The maximum growth in sales in 2021, with 52%, is recorded in the hotel and restaurant industry, although billing is still 27% below that of 2019. The data for December from the Hotel Tourism Situation, from Tourism Expenditure and Tourism Movements at Borders just published by the INE are manifestations of this recovery in the sector. Overnight stays in national hotels have grown by 87% in the year, tourist spending by 76% and tourist arrivals by 64%.

The AEAT Report that accompanies the statistics does not comment on the evolution of sales at current prices and concentrates on the evolution of sales at constant prices. In these terms, year-on-year growth in the fourth quarter was 10.7% and on average for 2021 it stood at 9.4%, almost doubling GDP growth at constant prices estimated at 5% in the Advance of the Quarterly National Accounts.

The Report also highlights the role of SMEs in sales growth since the second quarter of the year.

It should be noted that the data presented by the Tax Agency in its Interactive Report and in its PDF Report are only a small part of the information contained in the Excel file that accompanies the statistics and that contains the quarterly series of sales and foreign trade, in millions of euros and at constant prices, in addition to employment and wages in more than 20 activity sectors.

The series begin in the third quarter of 2008, which is the date on which SMEs in the form of public limited companies and limited liability companies were forced to submit their quarterly VAT and Withholding tax returns electronically, which constitute the "questionnaires" of this census statistic.