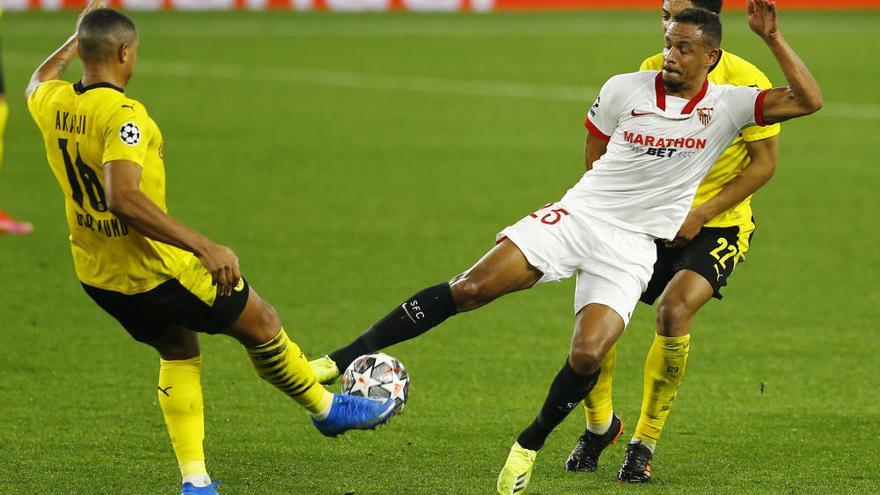 Norwegian striker Erling Haaland, with two goals and a great performance, led Borussia Dortmund’s victory at the Sánchez Pizjuán against Sevilla by 2-3, a result that gives the German team an advantage for the return leg and with which they manage to look optimistically at the quarterfinals of the Champions League.

The German team surpassed the Spanish in all facets in the first half, in which he achieved his three goals that counteracted the early one achieved by Sevilla, which in the second half reacted, shortened the disadvantage and fought until the end to force, at least, a three-way tie that did not come and that would have given him more options for the second leg.

First round of a round of 16 that appeared with a team, the Rhenish, with more tradition in the top continental football competition but who arrived at this date with doubts in their game at the beginning of 2021, and the Andalusian, on a roll after adding nine consecutive victories between LaLiga and the Cup and seven games in a row without conceding a goal.

He was also featured in the previews as a duel between two young emerging players in European football, the French central defender Jules Koundé and Haaland, who arrived in Seville with 23 goals in 23 games, six of them in the Champions League, with whom he was among those who led the scorers’ table.

Along with the Norwegian, the English winger Jadon Sancho or the veteran Marco Reus, other offensive and weight players in the German team, but in Sevilla, despite two very significant absences, the Argentine left-back Marcos Acuña and the Argentine winger. Lucas Ocampos, his captain, Jesús Navas, was returning, there was the Moroccan Youssef En-Nesyri, top scorer with 17 goals (4 in the European tournament), and his compatriot Yassine Bono, in good shape in goal.

Dortmund also had important casualties, especially that of Belgian Axel Witsel, with an injury to the Achilles heel, who was the one who usually used to set the rhythm of the team’s game and who gave stability to the center of the field, but despite this those of coach Edin Terzic wanted from the start have the ball and not let the opponent think.

Those intentions were soon broken, when Suso Fernández made some good movements on the edge of the area and mounted a shot In which he counted on the collaboration of the German central Mats Hummels to mislead Marwin Hitz, the starter at the goal after the injury of the usual, the Swiss Roman Bürki. The 1-0 at seven minutes did nothing more than reinforce the idea of ​​the German team to go towards Bono’s goal, who saw how shortly after his seven-game streak was broken without conceding by not preventing midfielder Mahmoud Dahoud from getting out a very strong shot from afar that slipped through the squad of the local goal.

The new draw, which also meant for Dortmund to do so away from home with the possible double value of the goals, was the transfer to the scoreboard of the best away game, which did not relent in its superiority and that on the edge of half an hour achieved the second in a good twisted play that translated into 1-2 Haaland, his seventh goal in this tournament and with which he leads the scoring standings alone.

Suso: “If there is a team that can surprise, or give the ass, in the second leg it is us.” #TheFootballCasadel pic.twitter.com/vFOGGOYTUy

Julen Lopetegui’s team was left touched and without knowing how to fix a situation in which Dortmund remained strong and fast in the attack in search of the third with the mobility of the Norwegian striker and security in the center of the field and defense, without the that Seville had the resources to amend the situation. The game was so unbalanced that Haaland, in a recovery of the ball for his team, he did not forgive before the break to put the 1-3 and his eighth goal in this tournament, which left Sevilla a very difficult clash for the second half.

Lopetegui removed from the beginning of the second period the Serbian Nemanja Gudelj, for the Croatian Iván Rakitic, to give more strength to a midfield that made waters in the first half, but it was difficult for his team to give the ball speed and precision against an opponent who was grown and convinced of his game.

The Basque coach soon brought in three other players, Munir El Haddadi, Óliver Torres and the Dutch Luuk de Jong, as other solutions for Sevilla to react and thus He entered the last half hour of the game with more presence, although the minutes passed without Dortmund seeing their clear advantage in jeopardy.

Óscar Rodríguez, who had been the fifth and last change of the Andalusian team, had a very good opportunity to shorten the difference on the scoreboard, but his direct free kick ended with the ball being repelled by a post, although another foul launched by the Talaverano did It served for De Jong to put the 2-3 in a final stretch in which Sevilla eagerly sought the tie but could not find it.

Incidents: First leg of the last 16 of the Champions League played at the Ramón Sánchez-Pizjuán stadium. No public due to health protocols due to the coronavirus pandemic. The UEFA president, Aleksander Ceferin, of Slovenia, attended the meeting.