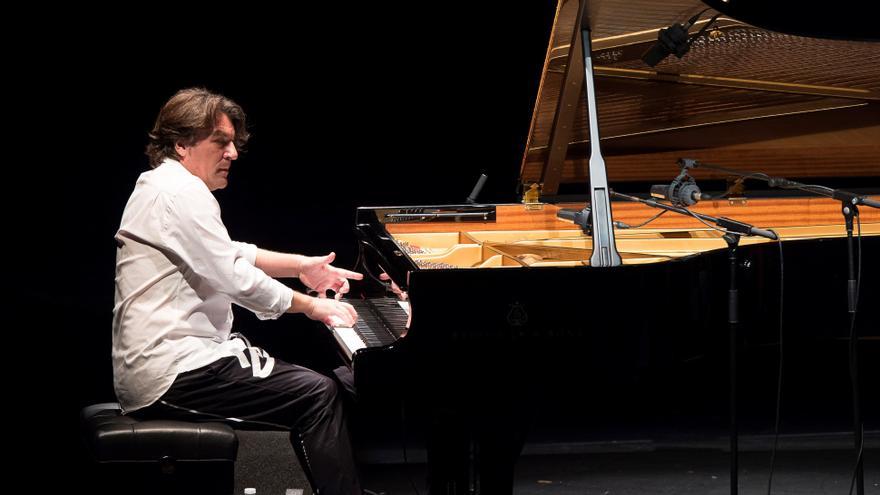 La Unión (Murcia), Aug 3 (EFE) .- With an eye on the concert that will close this Tuesday the galas of the LX Festival Internacional del Cante de las Minas de La Unión, in which he will be accompanied by Pedro “El Granaíno” , the pianist Dorantes defends the value and the duende of the artist: “The instrument is not the important thing, it is the interpreter.”

In an interview with EFE before presenting his latest album, “Identidad”, on the stage of La Maquinista de Levante, the Sevillian artist has shown his desire to perform at one of the great flamenco festivals, for which he will have three songs featuring the special collaboration of “El Granaíno”, of which he “loves his cante”.

The Granada-born cantaor thus joins an impressive cast of artists who have created art together with Dorantes, such as the bailaores Antonio Canales, Rafael Amargo or Eva La Yerbabuena; the singers Enrique Morente and Carmen Linares; the guitarists Vicente Amigo and Tomatito or artists of other types of music such as Michel Camilo and Chick Corea.

Son of Pedro Peña Fernández, grandson of María Fernández Granados and nephew of Juan Peña ‘El Lebrijano’ and Fernanda and Bernarda de Utrera, Dorantes will travel between the two waters of his flamenco ancestors and his classical training in conservatory and composition.

Recalling the background of, among others, the classical guitarist Pepe Romero, the pianist has pointed out that, after more than two decades performing, he has already achieved the recognition of both worlds after an artistic beginning that was “complicated” and that created rejection. to generate serious doubts that his training was going to subtract “flamencura”.

In this regard, he has delved into the fact that when he comes to a language of his own and different from the usual one, “an unknown is created” which, in his case, has already been resolved and has led to the respect of the artistic world for his way of playing. the piano.

Dorantes has emphasized that the instrument “is not the important thing -it is only timbre and sound-, but the interpreter” and has remarked that the piano can get a flamenco language out of it, paraphrasing the cantaor Manolo Caracol: “You can sing to orchestra and you can sing with a bagpipe! With everything you can sing! With a bagpipe, with a violin, with a flute …! “.

After his last concert in Pamplona, ​​the Spaniard disembarks at the foot of the Sierra Minera de La Unión and Cartagena to present “Identidad”, a whole journey into the world of emotions and in which he travels through his senses and through his cultural reality.

“My identity is what has carved me”, has endorsed Dorantes, who has lamented that, “many times”, culture has paid “unfairly” the consequences of the coronavirus pandemic.

In this sense, he affirmed that the “scale of values” in concerts has changed, where there is “more responsibility in everything that surrounds the act” and, at the same time, “more thirst for culture and direct after the drought” of the year 2020.

Dorantes will close the sixth day of the festival, which will start at 7.30 pm in Plaza Joaquín Costa with the III National Trovo Contest ‘Pascual García Mateos’, recovered in 2018 after three decades inactive, in order to recover the troubadour spirit and achieve May this art continue to rise.

Subsequently, the organization will present the Trovero Marín award to Francisco Javier Andreo, mayor of Aledo, a troubadour from Aledo’s gang and artistic grandson of Uncle Juan Rita.

With the performance of the Sevillian pianist, the galas conclude, through which the company Antonio Najarro, Víctor Manuel, Paco Montalvo and Miguel Poveda have previously passed, and the contest will begin, which will start this Wednesday with the first of the three semifinals, from where they will leave the singers, guitarists, dancers and instrumentalists who will participate in the final next Saturday.