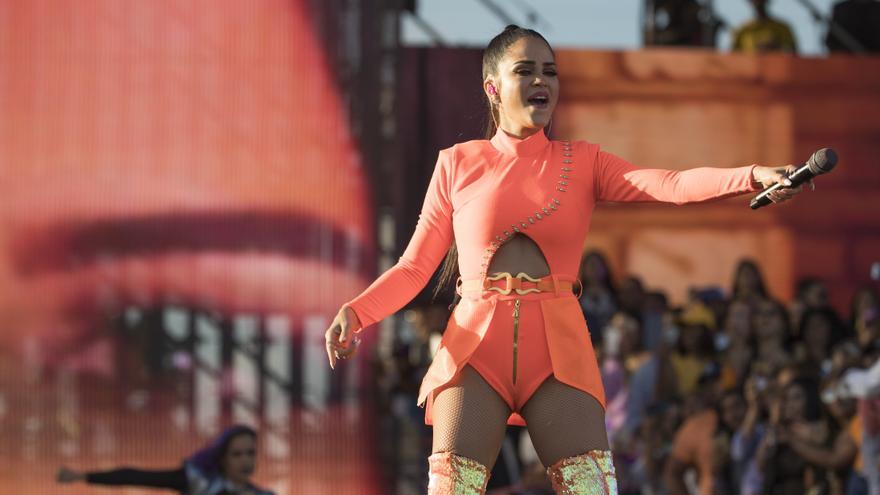 San Juan, Feb 1 (EFE) .- The Dominican artist Natti Natasha confirmed this Monday that she has accepted the marriage proposal of the Puerto Rican music producer Rafael “Raphy” Pina, after making it known at the end of last week publicly that they were in love and had been in a relationship for a long time.

“I also wanted to shout it from the rooftops. I SAID YES -I said yes-“, the singer wrote through her account on the social network of Instagram, words that accompany a photo in which two hands are It is assumed that it is that of the artist – on one of whose fingers she shows a spectacular engagement ring – and another that holds her that is guessed is that of the Puerto Rican producer.

The photo has a spectacular sunset over the sea in the background.

Local media recall that the couple has been on a journey around Puerto Rico for about two weeks in Pina’s boat.

The confirmation that the couple was in a relationship came last Friday with a video of more than eight minutes published on Pina’s Instagram account recorded in La Parguera, municipality of Lajas, on the south coast of Puerto Rico, which ends with a kiss.

“We are happy,” says Pina, who confirms that they are in La Parguera, the idyllic town in southern Puerto Rico with crystal clear waters famous for practicing water sports.

“Everybody knows it by now,” says Natasha, who keeps smiling from the back seat of the motorboat.

The good news of the engagement with Natti Natasha will help Pina to forget about her problems with justice in Puerto Rico, where last August the music producer pleaded not guilty to the formal indictment of a federal grand jury of possession of weapons and ammunition, which cost him a million dollar bail

In addition, in 2016 he was sentenced to two years of probation and to pay a fine of $ 150,000 for mortgage fraud, thus avoiding going to prison.

Pina has three teenage children from a previous relationship.