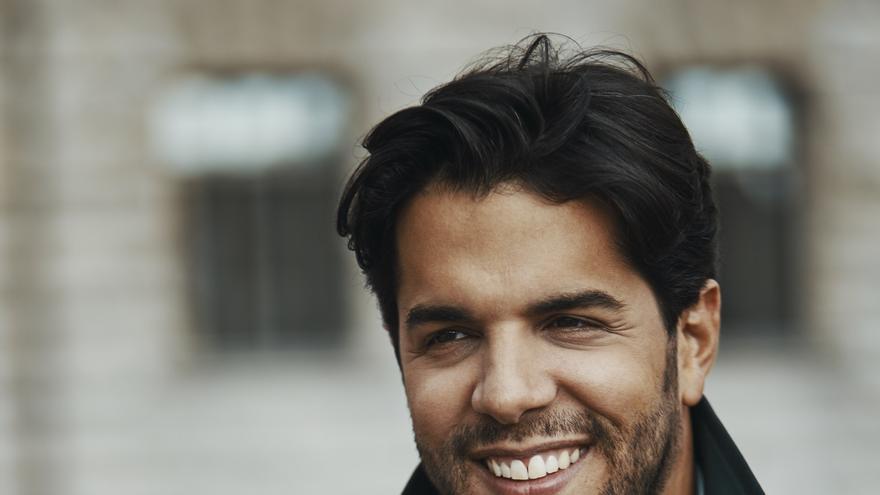 The Venezuelan director Sunday Hindoyan will be in front of the Philharmonic Orchestra of Gran Canaria in the seventeenth program of the 2020-2021 season of the titular symphonic ensemble of the Cabildo de Gran Canaria, which will take place in double session on Thursday 1 and Friday 2 July at the Alfredo Kraus Auditorium at 8:00 p.m..

The tribute paid to Camille Saint-Saëns on the occasion of the centenary of her death will reach a climax with this concert in which Maestro Hindoyan, on his return with the OFGC, will conduct what is undoubtedly the symphonic peak of his catalog. , the great Symphony No. 3 With organ, a work in which Saint-Saëns himself claimed to have given of himself "all that he was capable of". Indeed, Saint-Saëns, who left such a deep mark on his many stays in Gran Canaria, he admires us in this great symphonic “crown” with his control of the media and the richness and showiness of the tapestry of colors and volumes that he achieves in the opposition between the orchestra and the organ.. In front of the wonderful organ of the Alfredo Kraus Auditorium we will have Helper Knight.

The program is completed with My mother the goose by Maurice Ravel, suite inspired by children's stories such as Sleeping Beauty, Thumbelina or Beauty and the Beast, revealing the exquisite miniaturist side of the French composer, Y Jeu de cartes, refined and playful ballet score from the neoclassical period of Igor Stravinsky, full of subtleties and nods to Rossini, Ravel and Tchaikovsky, and where an unusual game of musical cards in three hands is described.

In compliance with the measures dictated by the health authorities in the face of the Covid-19 pandemic, and in order to continue with the vocation of public service and attention to the public, the use of a mask at the entrance and exit as well as throughout the concert will be mandatory. .

The strict protocols conducive to ensuring a safe distance both in the access and in the concert have led us to establish differentiated access routes to the room.

The OFGC Foundation will take into account at all times the updates of the security protocols according to which the programs could be modified.

Tickets for the concert can be purchased through the website ofgrancanaria.com, at the Alfredo Kraus Auditorium box office and at the Pérez Galdós Theater box office two hours before each event.

Special discounts are offered for students, unemployed, and over 65s and under 26s.

His operatic performances planned for this 2020-2021 season include his return to the Royal Swedish Opera (Salome) and the Montpellier Festival (Fedora); unfortunately, his performances at the Paris Opera and the Metropolitan Opera NY were canceled due to the Coronavirus pandemic. In concert, in addition to the Gran Canaria Philharmonic, he will conduct the Luxembourg Philharmonic Orchestras, Royal Liverpool Philharmonic, Detroit Symphony, Utah Symphony, Polish National Radio Symphony and Borusan Istanbul.

Last season he conducted the Royal Liverpool Philharmonic, Royal Philharmonic, MDR RSO Leipzig, Malmö Symphony, Bordeaux-Aquitaine National and Berne Symphony. In the lyrical field, he returned to the Royal Swedish Opera (La Traviata), while the representations of L'Elisir d'amore at the Vienna State Opera were canceled, also due to the Coronavirus.

Domingo made his Chicago Lyric Opera debut in the 2018/19 season conducting Stars of Lyric Opera at Millennium Park and a new production of La Bohème, "bringing out the best in the orchestra and marking the action with brilliance" (Chicago Sun Times). He also made his debut at the Vienna State Opera conducting Turandot and at the Gran Teatre del Liceu in Barcelona with Luisa Miller, he faced performances of Aida at the Royal Swedish Opera, La Traviata at the Royal Opera House Muscat and Tosca at the Deutsche Staatsoper in Berlin. In the latter, Opera Magazine applauded "a powerful reading of the score that once again marveled us at Puccini's talent as an orchestrator." He has also conducted ensembles such as the Helsinki Philharmonic, the Luxembourg Philharmonic, the Würth Philharmonic, the Paris Chamber Orchestra or the Bruckner Orchestra of Linz.

Between 2013 and 2016 Domingo was Daniel Barenboim's first assistant at the Deutsche Staatsoper in Berlin. Since then, he has become a prominent guest conductor at the house, having directed an extensive catalog of works including La Traviata, Tosca, L'Elisir d'Amore, La bohème, Il Barbiere di Siviglia, The Rake's Progress, Orfeo ed Euridice and the ballet The Rite of Spring (ballet).

Domingo Hindoyan was born in Caracas (Venezuela). He began his music studies as a violinist and was a member of the prestigious El Sistema music education program. He continued conducting studies in Europe at the Haute École de Musique de Genève with Professor Laurent Gay.

He has performed as a soloist and as a member of chamber music ensembles at various national and international festivals, the concerts offered at the Basilica of Saint Ignatius in Rome, San Pedro (Vatican), Rf. Kirche in Walchwil, Santa Cruz in Écija, Sala Euterpe de León and the performances in the Contemporary Music Season (Cimucc) and the Cultural Week of the University of Seville (Cicus).

Auxi currently carries out her professional work in Zurich as an organist at the St. Andreaskirche, Predigerkirche and Reformierte Kirche in Oberrieden. Simultaneously, he honed his skills as a pianist and organist under the guidance of Els Biesemans (organ) and Professor Karl-Andreas Kolly (piano).

His piano repertoire includes works by Mozart, Haydn, Beethoven, Grieg and Chopin, along with Spanish pieces by Turina, Falla, Granados and Albéniz. For organ, in addition to his dedication to the work of Bach, Buxtehude or Muffat, he pays special attention to the dissemination of the Iberian repertoire of the 16th to 18th centuries.