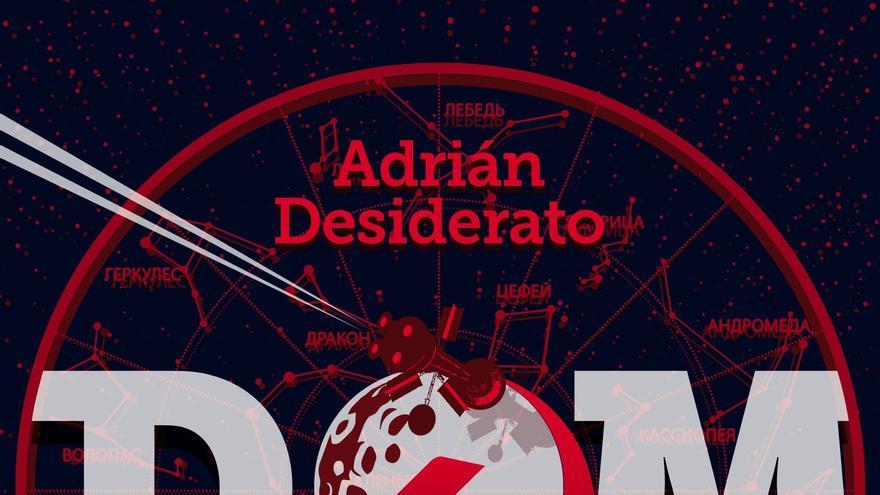 Madrid, Apr 15 (EFE) .- The real story of a cosmonaut "forgotten" 311 days in space while the USSR was cracking inspired the Argentine Adrián Desiderato to write a novel about loneliness that, like its protagonist, has been lost in el limbo until its recent publication in Spain.

Without going into details "that would be ashamed to detail," he tells Efe Desiderato, "the market" is the reason why this book has taken fourteen years to go on sale, despite being a finalist in the Clarín novel award in 2007, with a jury made up of José Saramago, Rosa Montero and Alberto Manguel.

"And it could never have been published, had it not, by pure chance, found an independent publisher of those at whose helm they are stubborn," says the author born in Lomas de Zamora (Argentina) in 1949.

The Asturian publishing house Pez de Plata has recovered a science fiction story that takes place in an imaginary ship wandering in an undetermined point of the Milky Way, but also in Buenos Aires, where two reunited friends talk about the news of the space misfortune.

"From Bradbury to Lem, from Asimov to Hawking, from Kafka to Borges, the references that Adrián Desiderato handles in this shocking novel are inexhaustible", the editors assure.

"Dom", house in Russian, takes its name from the space station in which a group of cosmonauts are trapped. Inside, the last survivor, Viacheslav, clings to life and sanity without losing hope of returning to his longed-for Earth and a Soviet Union that is disintegrating and on which he also reflects.

His scientific, philosophical and political ramblings and his love for his family - "I am at peace after all. I found my planet after all. Isn't he a son?" He wonders - occupy most of his thoughts. Meanwhile, she tries to figure out ways to communicate with the Baikonur base and establishes a kind of dialogue with Dom herself.

The Argentine novelist, poet and journalist acknowledges that "since he was a boy" the Universe attracted him, "perhaps because of the poetry that spills when the stars fall or when looking at them, and the questions arose immediately, not mine but those of philosophy and those of science: who are we? Where do we come from? Where are we going? Which years later were synthesized into one: why is the Universe what it is? ".

"In summary, there is only this, the Earth; only this, the Universe; this only, life. And what is it? One of your namesakes, Calderón, said it in his famous comedy:" Life is a dream, "he assures Desiderato.

About his protagonist, he clarifies that "he is a scientist, not a naive one. A thinking being, not a believer". That is why he has reason and science still in its dramatic situation. "It is the only thing that gives him certainty, to his life and everything, and the ones that he does not give him are because there are none or because they are not within his reach.

Do you see this desperate situation comparable in any way with the isolation forced by the pandemic? "Except for his affections, the only thing he has left, and only in his memory, perhaps Viacheslav is better off in that solitude than we are in these solitudes", reflects Desiderato, practically confined for a year at his home in Buenos Aires.

"Inhabiting a planet in the lower arm of a galaxy –which was the upper one does not change anything–, among billions of them, in an incomprehensible Universe that science is trying little by little to understand, is pure loneliness", says the writer, who wanted to inquire not only in the mind of a cosmonaut lost in space "but in the loneliness of all living things."