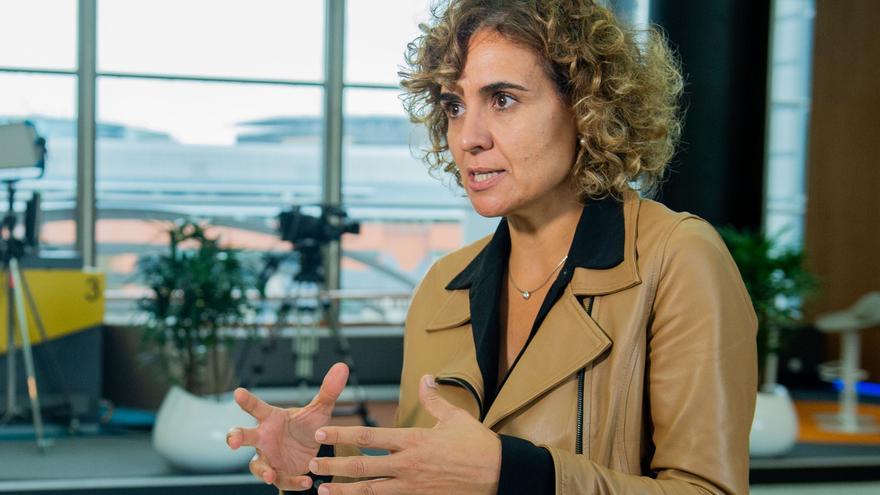 "The European Commission has said that the City Council [de Madrid, gobernado por el PP] has fulfilled in 2020", has sentenced Dolors Montserrat to slam the door to a petition from Más Madrid and Equo on the quality of the air in the capital.

But what had the European Commission really just said? On the contrary, "Madrid has been exceeding the annual and hourly limit values ​​for nitrogen dioxide continuously and persistently since 2010."

But not only that. The Community Executive has affirmed that "the measures in force in the city of Madrid have not allowed this breach of values ​​to be reduced to the shortest possible period as required by the directive". Moreover, Brussels recalls that "it initiated an infringement procedure that has concluded with the referral in July 2019 of this matter to the Court of Justice", two months after the arrival at Madrid City Hall of José Luis Martínez Almeida with the promise of overthrow Madrid Central – a measure of the City Council of Now Madrid that it maintained in the freezer the Brussels infringement file – which it did.

Lastly, the European Commission, in its intervention during the examination of the complaint presented by Councilor Rita Maestre on behalf of Más Madrid and Verdes Equo on the reversal of Madrid Central in Madrid 360, recalls: "The latest official data that has been sent by the Spanish authorities, corresponding to the year 2020, clearly show that the annual limit value for nitrogen dioxide was still exceeded in the city of Madrid".

"However, there has been a significant improvement compared to previous years", affirmed the representative of the European Commission, José Manuel Servert, from the Directorate General for the Environment: "Thus, for example, the hourly limit value of carbon dioxide of nitrogen was met for the first time in Madrid in 2020".

But Servert stressed: "Now, it is necessary to interpret all these data with caution. Why? Basically because the concentration levels of nitrogen dioxide in the year 2020 have been greatly influenced by the mobility restrictions that were adopted in Spain following the outbreak of the COVID-19 pandemic".

And from all this, what has the president of the European Parliament Petitions Committee interpreted to close the complaint? "The European Commission, regarding the new measures, has said that in 2020 it has been fulfilled and that there is a significant improvement in the Madrid City Council."

But with what the European Commission says that Madrid has complied with, it has been with the hourly limit, but not with the annual limit of nitrogen dioxide, something that the City Council also says for 2021: that it has complied with the schedule, but it still does not comply with the annual. And what Montserrat does not remember is that the representative of the European Commission has questioned the data during the pandemic due to the mobility restriction measures that have temporarily reduced emissions.

Thus, one of the arguments that Montserrat has used to shelve the petition is the result of a partial interpretation of the data and the discourse of the European Commission.

The other argument that Montserrat has used has to do with the regulations. According to the regulations of the Petitions Committee, petitions that have to do with judicial proceedings in progress at the CJEU cannot be closed. And what does Montserrat do in this case? To say that as the opening of the infringement procedure of the European Commission to Spain, as well as the presentation of the complaint two years later, in July 2019, are prior to Madrid 360, the petition has nothing to do with the procedure pending hearing and judgment in the CJEU.

An argument that also collides with that expressed by the European Commission, whose representative throughout his speech has made a common thread with the last decade, from 2010 to the present, but without wanting to go into the details of the measures adopted because the process is open court: "At this stage of the procedure, pending oral hearing and ruling by the Court of Justice, I believe that it would not be prudent or timely for the European Commission to be able to pronounce on how many roadmaps, strategies, objectives or even plans or measures have been approved or are under discussion from the time the matter is referred to the court".

That is to say, the Community Executive, contrary to what Montserrat interpreted to close the petition, does understand that it is the same case - the quality of the air in Madrid -, not two different cases - from 2010 to 2017, and from September 2019–.

"From what the Commission has said, the air quality infraction is for the period 2010-2017," said Montserrat, although the representative of the European Commission did not pronounce "2017" in his speech.

The president of the parliamentary commission has continued: "The petitioner does not speak of the years 2010 and 2017". However, Rita Maestre has rightly mentioned that "all the periodic evaluations carried out by the European Commission have confirmed Madrid's non-compliance with nitrogen dioxide levels since 2010".

In any case, Montserrat defends, to close the petition, that the "petitioner is precisely talking about the new measures taken by the Madrid City Council, Madrid 360, which revokes Madrid Central, and these measures begin to take effect in September 2019 Therefore, the petition is part of the measures taken from 2019 and therefore the infringement procedure [abierto por la Comisión Europea] does not cover what the petitioner is asking for".

Thus, the socialist Mónica Gonzalez stated: "This Parliament has to protect this petitioner and has to keep a very close eye on the situation in Madrid in order to be able to lead the commitment to climate change from the Spanish capital and not take any step back with what has already been achieved in previous years.This recent ordinance [de Madrid 360] must be abolished as soon as possible in order to reintroduce a much more ambitious, extensive and less negationist zone of low emissions, with more forceful alternative mobility measures that contribute to improving the air quality of our citizens and that contribute great value to the European and global fight against climate change, in line with what the Government of Spain is doing and developing".

The spokeswoman for the United Left, Sira Rego, said for her part: "It is evident that there has been a government that takes measures that are useful to reduce the level of emissions and that what we have now is another government that decides to propose measures that reduce the possibility of mitigating these emissions. It is important, in the same way that it has been done on other occasions, that this commission keep the petition open while the sanction process is open".

The Italian Green MEP Eleonora Evi has also defended the petition: "I very much doubt that taking steps back in relation to measures that had already been taken is sensible, we cannot afford it. This petition must remain open."

But, finally, the president of the commission, Dolors Montserrat, has closed the Dolors Montserrat petition, twisting the regulation and the testimony of the European Commission to knock down a complaint about air quality presented by Más Madrid and Verdes Equo.