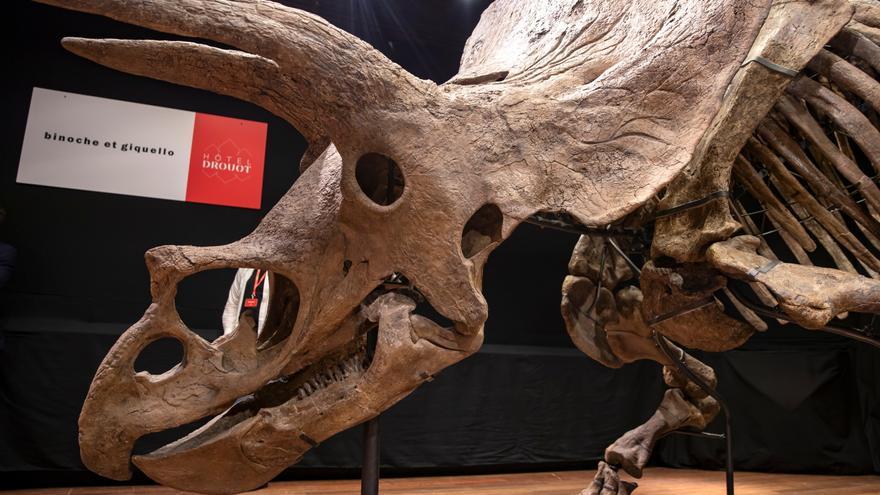 The fossil remains of a young diplodocid found in U.S could provide the first evidence of a single respiratory infection in dinosaursaccording to a study published this Thursday by the specialized journal Scientific Reports.

the specimen, a large herbivorous dinosaur with a long neck, was found in southwestern Montanadates from the late Jurassic, about 150 million years ago, and was nicknamed Dolly by scientists.

Cary Woodruff, paleontologist at the Great Plains Dinosaur Museum in Malta, and other colleagues from various countries examined three of Dolly's cervical vertebrae and identified never-before-seen air sac bulges in a dinosaur and that they probably formed due to a respiratory infection.

Scientists suspect that the dinosaur suffered from a cough, fever, shortness of breath, weight loss and other symptoms of respiratory illnesses such as the flu or pneumonia.

"Given the likely symptoms this animal suffered from, holding these infected bones in your hands, you can't help but feel sorry for Dolly," Woodruff told the magazine. "She felt as bad as all of us when we are sick," he added.

According to preliminary studies by the team of paleontologists and veterinarians, the respiratory infection spread through the neck vertebrae through the alveoliwhich caused a deformation of these bones.

They suspect that it was an infection similar to aspergillosis, a fungal disease that usually affects birds and reptiles, and speculate that it could have been the cause of Dolly's early death.