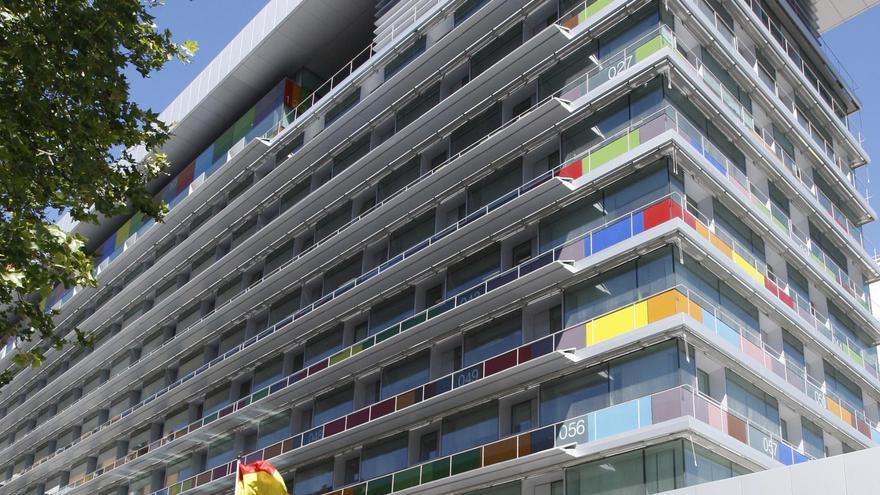 The Annual National Accounts (CNA) is one of the great achievements of the Economic Statistics of the 20th century. But the annual statistics on which it is based have a considerable delay, so that the one corresponding to 2021 will be published by the Statistics National Institute (INE) in September 2022. The Quarterly National Accounts (CNTR) was created precisely to alleviate this delay by providing a summary of the current indicators in the same accounting framework as the Annual National Accounts. Given the existing tradeoff (exchange) between timeliness and reliability, the Quarterly National Accounts measures are subject to greater uncertainty than those provided by the Annual National Accounts and, especially, the advance measures, based on incomplete conjunctural information such as those published on last Friday, January 28 by the INE. This uncertainty is increased, as indicated by the INE in its press release, in the current context of the pandemic, which advises the use of hours actually worked to measure the evolution of employment, since they better reflect the effects of COVID-19 and the measures taken to combat it.

Bearing this in mind, it is worth waiting for the publication of the final data for the fourth quarter on March 25 for a detailed analysis. However, the progress figures published raise, among others, two questions.

But the INE itself published on January 25 the data of the Business Turnover Index (ICNE) for November with growth of 17.3% until November and on the 26 of the same month the Tax Agency (AEAT) confirmed the December data of domestic sales of companies subject to the Immediate Supply of Information (SII), with an increase of 17.6% in 2021. In the same week we learned the closing data of social contributions and tax revenues with a growth of 12.3% in 2021 for the sum of taxes and contributions. The attached table summarizes this information.

The Business Turnover Index covers all sectors of the economy except agriculture and financial services, including, in particular, the hotel industry, which is the sector most affected by the pandemic. With data up to November, this index grows by 17.3% in 2021 -which exceeds the intensity of the fall in 2020- practically equaling the average value of 2019.

To obtain from the Quarterly National Accounts a variable that is consistent by sector with the Business Turnover Index and SII sales, the Gross Added Value (GVA) of all productive branches must be added, excluding Public Administrations, the financial sector and the agrarian. It is the non-agricultural and non-financial commercial GVA included in the table. It can be seen that its fall in 2020 is close to that of SII sales and that of the Business Turnover Index. However, the growth in 2021 is less than half that of the two sources cited, so that its level in 2021 is 6.6% lower than the level in 2019. From the point of view of supply, this is the Greater inconsistency in Accounting at current prices published by the INE.

It can be argued that the Quarterly National Accounts do not measure production or sales, but the GVA that is obtained by the difference between production and intermediate consumption. But under the hypothesis of constancy of the rate of added value, sales constitute a good approximator of GVA and this same hypothesis must be used by Accounting in the absence of the corresponding annual statistics.

As this contribution income figure reflects the salaries paid in 2021 by the 1.7 million public and private employers, it would be expected that the Compensation of Employees of the Quarterly National Accounts would register a similar growth in 2021. However, as can be seen in the table, the advance figures from Accounting estimate that growth has been 5.6%, 2.2 points lower. In fact, it seems that the INE overestimated the fall in 2020 and underestimated the growth in 2021 of salary costs.

On Thursday the 27th, the Ministry of Finance published a detailed report on advance of the closure of tax revenues in 2021.

In a year like 2021 of practical stability in tax regulations, tax revenues are of special interest for knowing the nominal growth of the commercial sector of the economy due to its census nature and because it reflects a wide variety of manifestations of economic activity. Income from work and capital of households subject to IRPF, benefits subject to Corporation Tax, consumption and investment expenses in homes subject to VAT and consumption subject to special taxes.

Regarding the evolution of the hours in the fourth quarter of 2021, the attached table summarizes the question raised by the EPA data (which uses the Quarterly National Accounts without major changes). If the employed have grown by 4.3% between the last quarter of 2020 and the same quarter of 2021, how do the hours actually worked only grow by 2.5%? There is an apparent deficit of eleven million hours per week. The EPA provides information on the employed who have not worked in the reference week of the Survey and we know that between both quarters they have grown by 50,000 people. Not because of the workers in employment regulation, which have been reduced to 42,000, but because of the workers on vacation or sick leave. But 50,000 workers with a weekly shift of 31.1 hours as in 2020 is 1.5 million weekly hours, far from the apparent deficit observed.

In addition, it must be remembered that the last quarter of 2020 was dominated by the second wave and the extension of the state of health alarm with 353,000 workers in employment regulation, as estimated by the EPA itself. Daily COVID deaths exceeded 200 from November 2, 2020, to December 4, approaching 300 daily in late November. By contrast, the sixth wave that began in early November 2021 has been more dangerous in cases but much less in hospitalizations, ICU admissions, and deaths. In fact, as of December 31, 2021, daily deaths (7-day moving average of deaths by date of notification) amounted to 62 and by the end of January they have not yet reached 200.

The best illustration of the differences in economic activity was provided by the INE itself on January 25 with the publication of the Hotel Tourism Situation Survey corresponding to December. Hotel overnight stays reached 13.1 million in December 2021 compared to 3.2 million in the same month of 2020, confirming that the economic impact of the sixth wave of the coronavirus until December 31 is much lower than that of the second. In the last quarter of 2020, overnight stays stood at 11.2 million and in the same quarter of 2021 they reached 51.9 million.

Another manifestation of the differences in activity is provided by the internal sales of the SII, which in the fourth quarter of 2020 were around 2,800 million daily and in the same quarter of 2021 were close to 3,500 million, 24% higher.