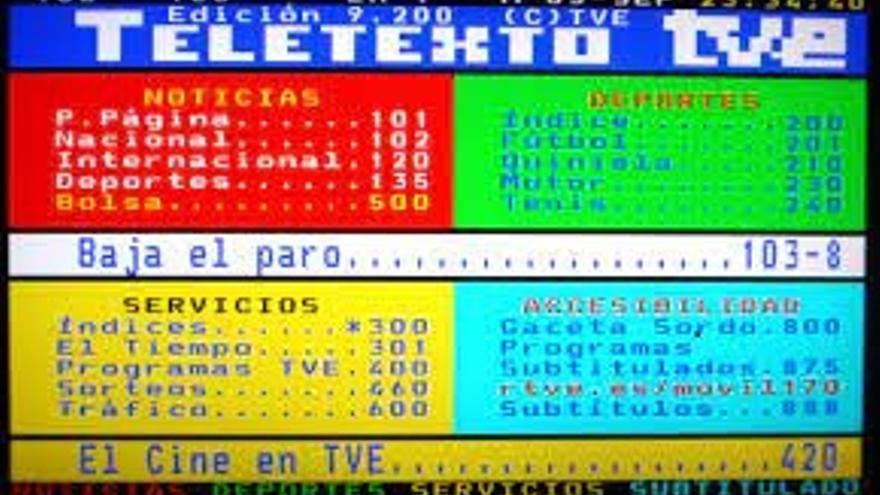 Within the program of the Defender of the Spectator of RTVE there are messages that touch. Like that of a man from Cieza who complained, in a hurry, that the Teletext pages had stopped including the front page news of the regional newspapers. If the question was touching, the answer was no less so, in which the highest levels of the house informed him that this situation had occurred due to the fact that the worker who was in charge of spreading that news on Teletext had taken early retirement, and that having not been replaced, that service could not be fulfilled. And one could not help but imagine the few managers still active in Teletext, at the back of the newsroom, waiting for the moment of their retirement, seeing how their minidirection was diminishing year after year as digital information ate whole plants. .