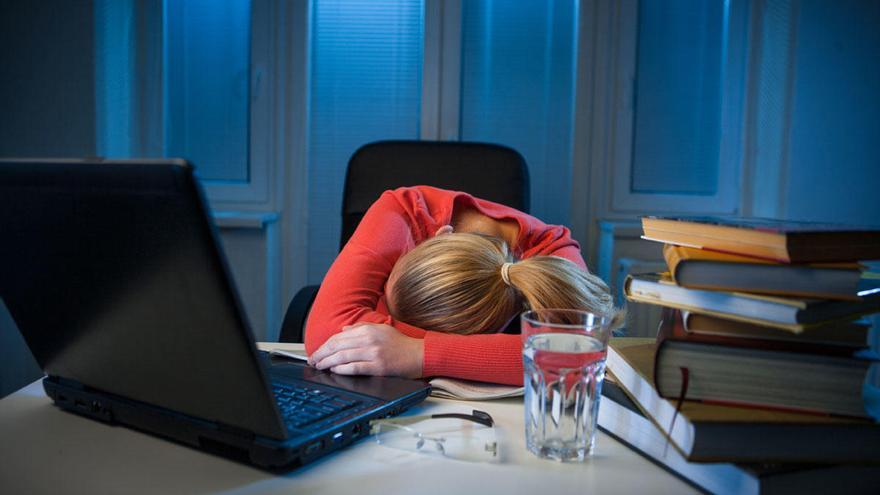 The claim that Spain has irrational schedules In comparison with the rest of the countries, it is refuted by some scientists, who, however, agree on the need to compress an excessively long working day to favor conciliation.

There is a debate about the advisability of change the time zone and abandon the March and October changes -decision to be adopted within the European Union in 2021- in which it is usually emphasized that eating habits, television consumption and sleep are different in Spain.

However, there is a broad conviction that it is necessary to shorten breaks and advance work output, as well as promote family conciliation and equal distribution of tasks between men and women.

The restrictions imposed by the pandemic have fueled these reflections, as demonstrated by the campaign undertaken by the Hospitality Industry of Spain to request the advancement of dinners at 8:00 p.m., in order to mitigate the harmful consequences of curfews.

Does Spain have to change the schedule?

The change of zone so that Spain adopts the London time, from where the Greenwich Meridian starts, the so-called Coordinated Universal Time + 0 (UTC +0), came to appear among the proposals of the former president of the Government Mariano Rajoy in 2016 and had previously raised by the PSOE and Ciudadanos.

Those who advocate for it, such as the Association for the Rationalization of Spanish Hours (ARHOE), point out that its adoption is of little use if it is not accompanied by social and labor improvements.

However, they consider it necessary to adapt the biological rhythm to sunlight and remember that the Greenwich Meridian crosses the eastern Spanish peninsula.

On the contrary, Jorge Mira, professor at the Department of Applied Physics at the University of Santiago de Compostela, strongly rejects this theory.

Out of sync with the sun?

Mira denies that Spain has a lag with sunlight and argues that setting the time is just a convention, a measure, that does not alter behaviors, similar to those of countries with the same latitude, such as Italy and Portugal.

For this, he cites the work of the Professor of Physics at the University of Seville José María Martín Olalla.

Using data collected by the European Statistical Office (Eurostat), Martín Olalla has compared the behavior of Spaniards with that of other Community citizens based on the position of the sun and the result is very similar graphical curves.

Mira adds that In the United Kingdom and Portugal, meals or news times occur at the same time as in SpainOnly in those countries the clock shows one hour less.

Therefore, he believes that the spindle change would not bring any benefit and yes it would entail a disorder for a population that has been used to this time scale for 80 years.

For the president of ARHOE, José Luis Casero, there is “a discrepancy between the hour of sunlight and the official time”, so he refuses to maintain the temporary convention just because it is a custom.

In this regard, the Chronobiology Working Group of the Spanish Sleep Society believes that the implementation of the UTC + 0 and +1 time zone -with the maintenance of the seasonal time change- would have positive consequences but also a great impact on the habits of the citizenship, explains its coordinator, María José Martínez Madrid.

According to what was stated by this chronobiologist, “the sun would rise an hour earlier facilitating a more natural awakening“, with a preview of the” feeding and sleep schedules “that”would allow you to sleep longer“.

“However, throughout the year the sunset would take place an hour before, which would also mean a very drastic change in lifestyle habits “, explains Martínez Madrid, who advocates maintaining the UTC + 1 winter time all year round.

It is precisely the lack of agreement among the experts that has led to the debate on the seasonal time change remains under study in Spain until 2021.

This was decided by the Government in March 2019, after receiving the report of the Commission set up to analyze this modification, of which both Mira and Casero are part.

The myth of Franco and the time of Hitler

The need to adopt the Greenwich spindle has been defended on occasions with the argument that it was the one that ruled in Spain until that Franco changed it in the 1940s to make it coincide with that of Adolf Hitler’s Germany and thus win their sympathy, in a theory without historical basis.

In the article “The official time in Spain and its changes”, published in the 2013 Madrid Astronomical Observatory Yearbook and updated in 2017, astrophysicist Pere Planesas details the successive changes that occurred during the Civil War and the postwar period, both in the Republic as in the national side and the dictatorship.

Planesas states that as a result of the existing documentation “it does not seem that it can be affirmed that during the war Spain adopted the German schedule” because of “influence or sympathy”.

The origin of the ideological interpretation of the time change is not clear, from which the defenders of the UTC + 0 time zone, such as the businessman and member of ARHOE Jos Collin, who analyzed these alterations of the 1940s in a presentation in the Subcommittee for the study of the Rationalization of Hours of the Congress of Deputies.

Speaking to EFE Collin denies being the author of the theory, which he attributes to a later interpretation.

Do the Spanish sleep less?

Among the demands of ARHOE, stands out the claim to the generalist television networks that they end their prime time at eleven thirty at night.

Homemaker points out that the extension of “prime time” contributes to the fact that Spaniards sleep one hour less than other European citizens, a figure that coincides with the data released by the Spanish Committee for Sleep Medicine Accreditation (CEAMS) in 2013.

The analysis of Miguel Ángel Sánchez González, psychiatrist of the Multidisciplinary Sleep Unit of the Jiménez Díaz Foundation, is different.

“I don’t think that in our country we sleep worse than in other places“, he exposes with caution given the lack of a greater number of studies on the rest habits of the Spanish population.

His opinion is that “sleep deprivation due to lifestyle is a problem that affects the West as a whole” and possibly in Spain it is similar to that of Americans.