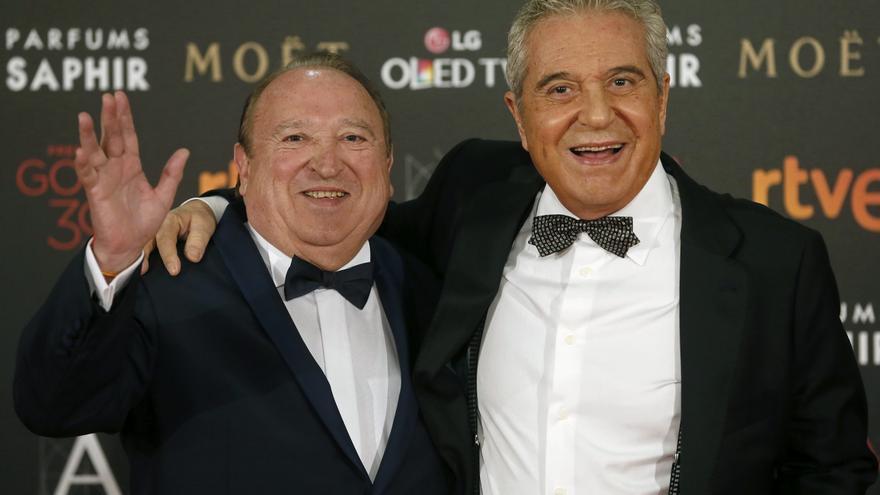 Madrid, Aug 6 (EFE) .- The cinema of actor Andrés Pajares will be the common thread of the documentary series "Pajares & CIA" that AtresPlayer Premium is preparing and which will present a current look at the cultural and social phenomenon of the 80s.

"A journey through that cañí, bizarre, yeyé Spain, mythologized by some and despised by others, but which leaves no one indifferent," AtresPlayer Premium pointed out in a statement published this Friday.

The popular actor is the common thread of this stage along with more than 30 voices, including his inseparable partner Fernando Esteso, and that of actors such as Carmen Maura, Antonio Resines, Concha Velasco, José Sacristán, Javier Cámara, Javier Gutiérrez, María Barranco , Arévalo or Emma Ozores.

More than thirty years after the boom that his films represented, this new documentary series addresses, with a critical gaze and different voices, that social and cultural revolution that would become a mass phenomenon.

Film directors, youtubers, journalists and specialists in the heart analyze that social revolution with a view from 2021. Among them David Trueba, Fernando Colomo, Rosa Villacastín, Pepa Blanes, Mábel Galaz and Jaime Cantizano.

Composed of five episodes, “Pajares & CIA” is a production of Atresmedia Televisión in collaboration with Producciones del Barrio. Emilio Sánchez Zaballos and Víctor Morilla are the executive producers and Carlos Torres is the documentary director.

In its five installments - "The origin of a myth", "The Spanish", "From comedy to tragedy", "Ay Pajares" and "With you in the distance" - the documentary will cover this part of the history of Spain and the actor's life, from his humble origins, when he toured the theaters of the province, passing through “Ay, Carmela!”, the film that won him the Goya, until today after his period as a regular in the couché role.