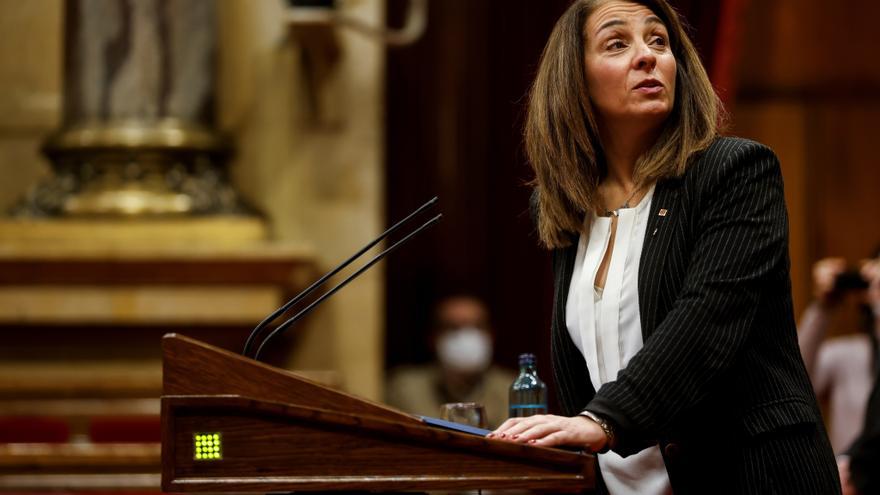 Barcelona, ​​Jan 27 (EFE) .- Doctors and scientists have expressed their outrage that citizens can break the municipal confinement to attend electoral rallies, an anger that has spread on social networks, where many professionals and citizens are criticizing this permissiveness.

The fact that the municipal confinement imposed in Catalonia, which is extended until February 7, can be skipped, is receiving qualifications such as’ incongruous’, ‘nonsense’, ‘grotesque’, ‘incoherent’ or ‘low blow to the morale of citizens and health personnel ‘.

The Regional Minister of the Presidency, Meritxell Budó, said on Tuesday that during the Catalan election campaign on February 14, it will be allowed to break the municipal confinement in order to attend a political rally.

After the weekly meeting of the Government, Budó argued that “the right to political participation is a fundamental right and, therefore, this mobility will be allowed to attend a rally”, with the corresponding “certificate of self-responsibility for displacement due to the health crisis “facilitated by the Generalitat.

“I am very angry. The electoral campaign begins. The parties will hold face-to-face meetings, people will be able to skip the municipal confinement to attend them,” biophysicist Daniel López Codina, researcher with the Computational Biology and Systems team, wrote on his Twitter profile. Complexes (BIOCOSMC) of the UPC, which produces daily and weekly reports on the evolution of the epidemic in Catalonia, Spain and Europe.

“At a global level we have reached 100 million cases, we have exceeded two million deaths, in Catalonia 529 deaths in the last seven days, almost 700 ICUs occupied … New daily cases are decreasing but we have a threat at the door , the British variant of the virus. The parties would have to reinvent the electoral campaigns “, has requested the biophysicist.

“At the university we are doing classes online, we don’t like it, but that’s what we have to do. Political parties, you are still on time! Modernize your campaigns!”, The scientist wrote in a thread of tweets, which has been retweeted hundreds of times.

López Codina has been even more forceful when he has asked politicians: “How can you ask the other actors to close their businesses, or not to go to the theater in another municipality …? The political parties have to set an example “.

The family doctor Lluís Esteve has opined that the fact that “in the midst of a pandemic crisis as we are now, the ‘law’ protects breaking the municipal confinement to be able to go to a rally is at least grotesque and also a low blow to the morale of many citizens and especially the morale of health professionals “.

Esteve’s message, which has received hundreds of ‘likes’, has been retweeted by the president of the Barcelona College of Physicians, Jaume Padrós, with the comment “I no longer know what to say.”

The physicist and professor at the Rovira i Virgili University of Tarragona Álex Arenas has stated: “The people, or at least I, urgently need a class on which are fundamental rights and which are not. At the worst moment of the epidemic, go to a Meeting is a fundamental right and seeing the grandmother who lives alone, outside the municipality, no. Incoherence? Nonsense? Absurdity? “.

The psychologist specialized in sexist violence Alba Alfageme has explained on social networks: “Have I done bingo today? Two big news has reached me: I will be a substitute for the polling station and I can finally break the municipal confinement to go to an electoral rally .. I’m going to sleep because maybe tomorrow everything will have been a nightmare. ”

The professor of Administrative Law at the University of Girona Josep María Aguirre has reproached the Government for “justifying attendance at the rallies by the simple fact of being a fundamental right, since that of assembly, demonstration or freedom of worship is also and is very limited for months. ”

“It is about transmitting coherence in government decisions,” Aguirre added.

The political scientist Sergi de Maya has assured that “going to a rally is not a fundamental right in itself, nor is going to mass. The right to participation or freedom of worship is and can be limited by preventing certain ways of exercising them, such as rallies or masses, or conditioning them. Just like the right of movement, which is also limited. ”

“Thus, all participation cannot be prevented, but one of its expressions, such as rallies, in terms of capacity or assistance outside the municipality can be limited,” added the political scientist, who believes that breaking the municipal confinement cannot be justified to go to rallies because it is a fundamental right.

The Corona-Dades Twitter account, with almost 50,000 followers and which is dedicated every day to analyzing epidemic indicators, has ironically written: “On Friday, we will all make a list of municipalities where there will be political events on Saturday and Sunday. Whoever wants to, can go out for a little air. What do you want me to tell you, if they can move wherever they want, so can we “.

Loreto Socorro: “I try to tell in a close, natural way, as in a conversation”