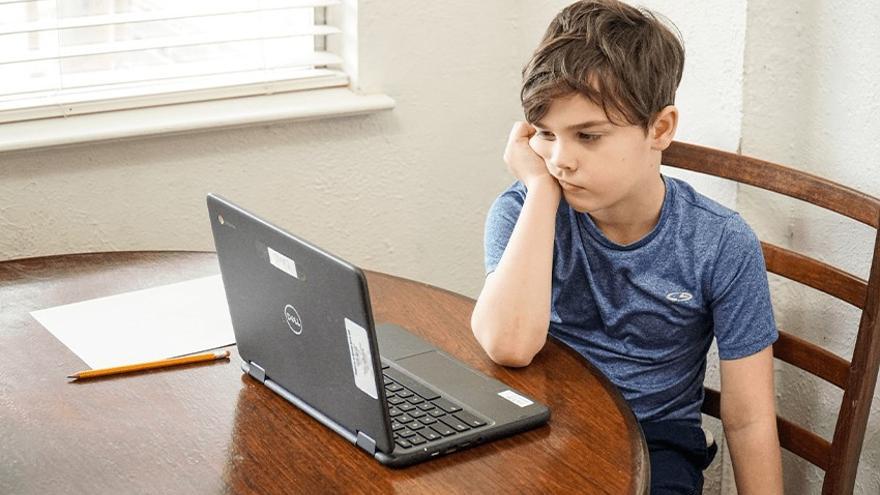 I propose that we do a reflection exercise. To do this, we will previously do an analysis: Monday, the alarm goes off, you get up, make breakfast, wake up the little one in the house (we’ll call him Luisito), sit him down at the kitchen table so he can have breakfast. Then you help him get dressed, comb his hair … Later, running to school. It is only 9 in the morning and until 4 in the afternoon he will be there. At 4 you pick him up. Running home for a snack. At 5.30 he has soccer class. Ends at 6.30 pm. We run back home, we have to do homework, shower, have dinner and go to bed (not before having read a story together).

Things don’t change much on Tuesday. Instead of soccer at 5.30pm, Luisito has English classes. Then comes Wednesday, Thursday, Friday … And the days go by and our son hasn’t had a minute to get bored. His minister’s agenda, as the journalist and author of the book ‘Hyperpaternity’ Eva Millet often says, has not allowed him. “There is a brutal offer to make your son that highly prepared being who is going to triumph, yes or yes. But this requires early stimulation and hyperactivity. Y in this race to achieve the super-son we load the childhood: time to play and get bored and the acquisition of other skills that are also basic in life ”, Eva reminds us.

But let’s get out of the school routine … Summer is coming, we are going on vacation, finally. We put the suitcases in the car, we put Luisito in the back and, with him, of course, the Tablet with his favorite drawings. So that? So you don’t get bored, of course. We travel 700 kilometers in silence, in calm, with our mute Luisito, lost in the screen from the back of the car.

Let’s go a little further. Luisito is already 12 years old, and has his own mobile. With a mobile in hand it is impossible to get bored. There is always something to do, to hear, to read … In short, Luisito is 12 years old and still doesn’t know what boredom is.

Thus, at first glance, it may seem like something positive. We live that our children get bored as a personal failurePerhaps because we find ourselves in a society obsessed with doing and not stopping. But rescuing our children from boredom is not good, because as the psychologist Alberto Soler says “we are not giving them the opportunity to think on their own how to fill that void. If they can never decide what to do with their free time, how are they going to learn? to manage it? “. Alberto considers that we adults “are the ones who project our intolerance to boredom on them. This intolerance has worsened since we had the smart phone. We have been invaded by a horror of the void in which we cannot be more than half a minute without being busy with something“Like when we take out our cell phone while waiting for the bus, for example.

More experts tell us how important it is that our children get bored. The neuropsychologist Álvaro Bilbao reminds us that boredom is “the mother of creativity. It makes the child notice, observe… In short, that he kills that boredom by pulling his imagination.

However, even though neither Luisito nor any other child has time to be bored, they continually complain that they are bored. Heike Freire explains why this paradox occurs: “Perhaps, on a daily basis, we offer them so many external devices to entertain themselves that we have stunted their inventiveness”.

Boredom as a gift

Kim John Payne is the creator of Simplicity Parenting, a movement that advocates going back to basics by educating and avoiding overstimulation, overprotection, and over-directed activities. With the idea that “less is more”, Payne does not hesitate to state that “boredom is a gift, the bridge between doing nothing and deeply creative play“For Payne, parents should want” our children to get bored and thus have to think about what to do with that boredom, without screens and without our help. ”

Many experts insist on this same idea from Payne: “The precursor to creativity is boredom. When kids get bored, avoid screens, where they see other people’s creativity. “However, in a culture where continual busyness is praised as a value,” we’ve gotten used to seeing boredom from our children as a personal failure. ”

Keys to managing our children’s boredom

Now that we have accepted that our people should and have to get bored, let’s see how we can manage their boredom, which is not always easy for us.

1. Do not remove the life preserver. Nobody dies of boredom and it is not very positive that you rescue them from that feeling. And by lifesavers we mean your skills as a sociocultural animator, your catalog of solutions or even screens.

two. See the bright side of boredom. If we experience boredom as a problem or as a heaviness, perhaps our children will see boredom as a difficult problem to solve. However, if we convey to them that boredom is an opportunity to stop and think about what I want and can do with my time, they will surely see it differently.

3. Convey confidence that they will be able to find something interesting to do. Many times we experience the boredom of our children as the obligation to get them out of there and, therefore, we overprotect them. But if we think that they are the ones who know, better than anyone, what to do with that time and how to have fun, if we convey the message that they can manage their time, we will surely feel less pressure and make our children more autonomous.

Four. Live it as an opportunity to connect and be creative. The union is strength, and also against boredom. Surely together you can think of many games, many activities to do together or a lot to invent.