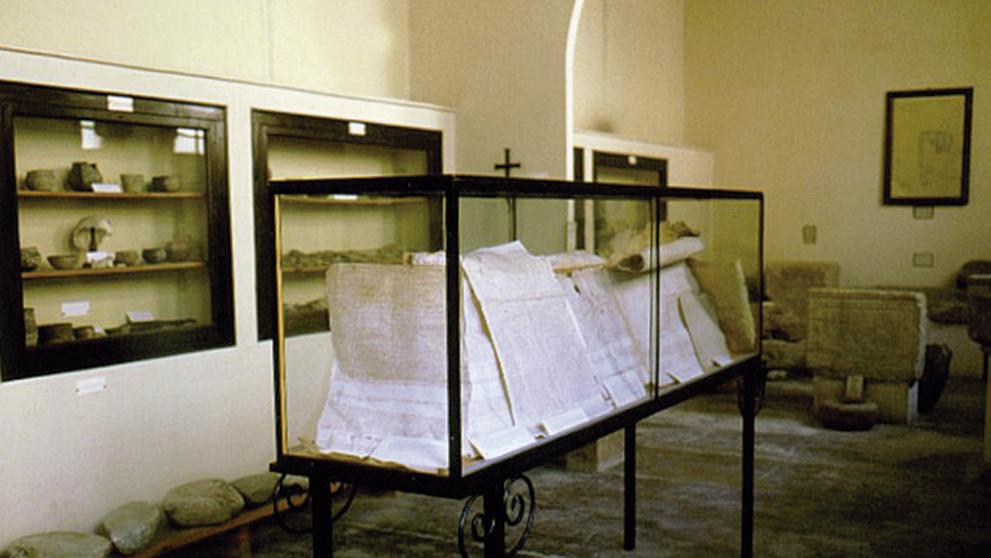 An initiative of the Museu de Guissona has managed to share dozens of old photographs of museums throughout Spain on the network. The Lleida museum launched a challenge on Saturday via Twitter encouraging cultural centers to show a picture of his first exhibition space and calling three more museums to follow the chain.

This Thursday there are already more than fifty museums and cultural centers that have signed up to the challenge and have shared their photographs, not only from the Lleida regions, but also from the rest of Catalunya, València, Mallorca or Madrid.

The chain was started by the Museu de Guissona publishing in its Twitter An image of the only room in the first museum of the municipality, located on the ground floor of the Town Hall in the 1950s, which has been the trigger for the challenge.

At the moment, the museums of Banyoles, Solsona, the Museu Art Pell de Vic, the Museum of Sacred Art of Mallorca, the MACBA, the MNAC, the CCCB, the Museu Picasso or the Museu del Disseny de Barcelona, ​​the Cathedral have already signed up to the challenge. de València, that of Fine Arts of València or the Institut Valencià d’Art Modern, the Museu de l’Empordà, the Thyssen Museum of Madrid, the Museum of the Provincial Council of Alicante, the Museu d’Art Modern of Tarragona, The Panera and the Lleida Museum, the Ripoll Museum or the Granollers Museum.

All of them can invite other cultural facilities to do the same and accompany their photography with labels. #firstmuseum Y #museusacasa.

The technique of the Guissona Museum, Laura Puig, explained to ACN that this huge impact on the networks was not expected. “We are a small museum and we nominate three museums in the Lleida area, but museums from all over have joined and we are very happy with the follow-up,” he said.


Puig said that the idea was born because the Guissona Museum is from archeology and they like to “recover images from the past and discover history”. On the future of museums on the internet, he believes that confinement has served to vindicate them and that they will maintain virtual activity when the state of alarm ends, because it is a good channel for bringing culture closer to people.

The balm of classical music | Babelia