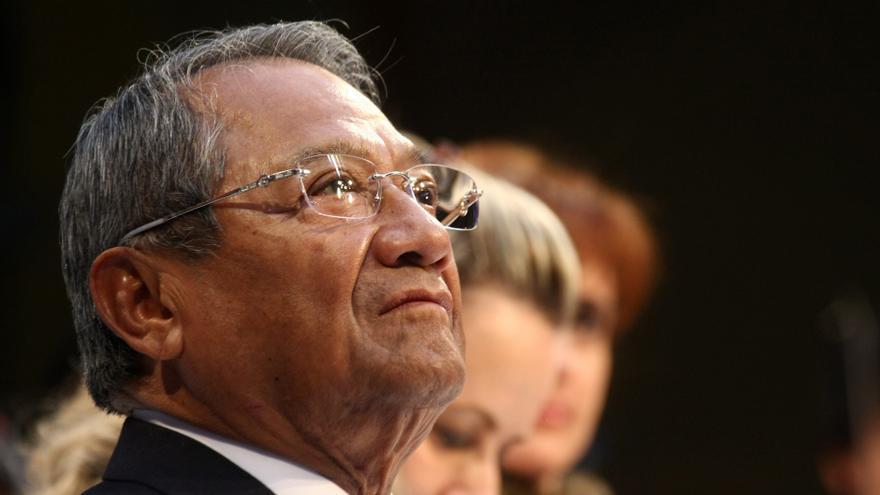 Now he takes the perreo and the most shameless carnal dances. But there was a time when catching chub was difficult. Charcoal gray times. Times of rosary, excommunication and passions repressed by the Holy Mother Church. Times of misery in every sense, the fault of a post-war that lasted longer than necessary, where the ruling classes acted as if the people were without chains. It was here where Armando Manzanero’s boleros found their what and why.

Armando Manzanero composed a bunch of them so that the couples danced close together and the bodies unleashed the hormonal explosion through the clothes. You have to take charge, the bailongos back then were the only way you had to get closer than allowed. Boleros like “I adore”, “I miss you”, “I don’t know you”, “This afternoon I saw it rain”, “We are boyfriends” or “Take it”, are part of the sentimental memory of a generation that, in the last year, It has been diminished because of the bad shadow of this pandemic.

As if the man who put the soundtrack to the so-called ‘baby boom’ was also guilty of living, he has left us with all those couples who, in their day, wrote to the stork after the heat of their boleros. It’s sad to think about it. Our elders went elsewhere with their music.

Armando Manzanero left a good pile of songs that have been performed by countless artists. From Paquito de Rivera to Diego el Cigala, through Elvis Presley and his “It’s impossible” which is no other song than the song “We are novios” adapted to Yankee jargon. Every time Elvis sang it in Las Vegas, they moaned even the roulette wheels. But if there are a couple of songs by Armando Manzanero that I would like to point out, as far as I’m concerned, those are: “Take it” and “This afternoon I saw it rain.”

The first was performed by Moncho, the bolero gypsy, and I remember that when I was a micurria, my parents danced it in the living room at home, very close together and with their eyes closed, following the beat of the bongo drum. I watched them from the door. That, along with the warm voice of Moncho singing the bolero, are things that I will always carry with me. For this reason, there is no time when “Take it” sounds that I do not feel the bite of nostalgia and return to the living room of an old apartment in Madrid, and see my parents, when they were young, dance the piece.

The other song is a sad bolero that pianist Bill Evans made even sadder. He is on some of the live records he recorded in Tokyo or in Buenos Aires with Eddie Gómez on double bass and Marty Morell on drums. In “This afternoon I saw it rain”, Erik Satie’s disciple caresses the keys to release all the melancholy possible to which it is not necessary to put a voice. I found out about this topic in Madrid in the eighties, when I was still discovering jazz, and I went into my neighborhood record store to get the vinyl that I had heard on the radio program that Cifu had.

Today my father is not there to invite my mother to dance in the living room, nor is the Cifu with its jazz program. Times are constantly changing and there is no record store in my neighborhood either. For the rest, I’m not the same as then. I have more memories above. But if there is something that has not changed in all that time, something that has remained faithful, that “something” has been the music of Bill Evans and, especially, his interpretation of Armando Manzanero’s bolero; a melody that seems made for later, when bodies have become so far apart that there is only room for nostalgia. Anyway.