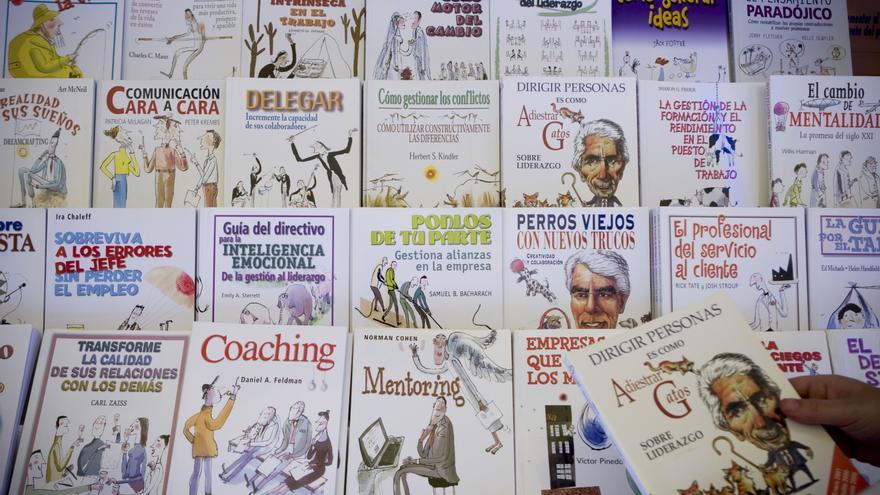 Malaga, Apr 22 (EFE) .- After more than a year of pandemic, confinement, social distancing or the economic crisis have caused psychological consequences in many people who have turned to self-help books to alleviate their discomfort.

Luis Valero, professor of Personality, Evaluation and Psychological Treatment at the University of Malaga, explains to Efe that the coronavirus is “a prison” at a psychological and mental level, so they try to face this “depressive situation” with self-help books, publications that were already published in the 70s.

“They are a simple way of trying to seek help without having to go to a professional consultation”, something that he attributes to the shortage of psychologists in Primary Care and the prejudices that are created around the person who decides to receive this assistance.

“If you have a job, you have a good family, you have a house, how can you be wrong?” That is the question that many of the patients who come for consultation receive from their environment of friends and family, according to Valero.

MAY SERVE SOME, BUT NOT ALL

Although there are books on the subject written by professionals, which, he says, “do give congruent advice that is behind the basis of endorsed therapies”, these may serve some people, but not necessarily all, and recommends finding out who the patient is. author and the type of current of Psychology that follows.

“The books that more than help can even worsen the person are those of permanent search for happiness”, according to Valero, who adds that “in life there are moments of mourning or sadness” and that, in addition to normalizing them, it is necessary to know how to deal with them; but do not evade them through “rose-colored glasses”.

This professor alludes to the fact that “many people know someone for whom they have worked”, alluding to those manuals, but remember that it is normal because they are a “best seller” on many occasions, so “there will always be some person who has been able to work “.

IF THEY WERE A SOLUTION, IT WOULD NOT TAKE SO MUCH ANTI-DEPRESSIVE

Luis Valero insists that most scientifically validated psychological treatments “are a matter of six, eight or ten sessions” and that they really “are effective” and that if the solution to the problems were so simple as to be solved in a book, ” they would not take as many antidepressants or anxiolytics as they are taking. ”

This expert invites you to read books on philosophy, biographies and even physics “to understand what we do in the universe” or biology “to understand how evolution has been”; texts that he describes as more useful than self-help and that “can teach more about life.”

From La Casa del Libro in Malaga, its director, José Manuel Llanes, acknowledges to Efe that the pandemic “has generated certain changes in reading habits” and that “one of them has been the increase in sales of self-help books”, something that publishers “have seen” and now “bet more on this type of subject.”

According to Llanes, the best-selling non-fiction book at the moment is “El humor de mi vida”, by Paz Padilla, which “is out of print practically everywhere”, and adds that “authors who are already expensive tend to be very successful known from radio or television “.

“The female public buys more these books than the male,” he says in reference to self-help books, this person in charge, while specifying that they tend to be people “who already have more experience in their life or who perhaps watch television programs” , but “young people prefer other subjects” and not so much “those of personal growth”.