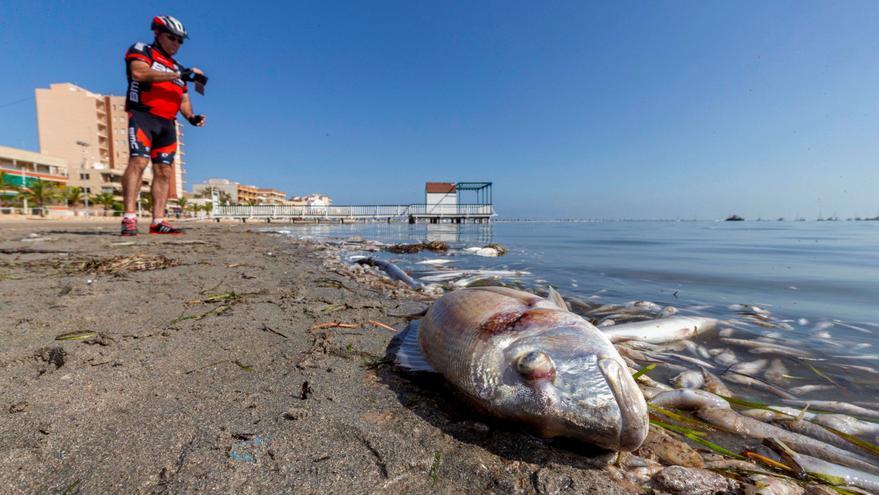 For the past 30 years, fishing for aquatic animals has remained stable —in terms of production—, but its breeding in fish farms it has grown at an average rate of 5.3% per year since the beginning of the 21st century. Thus, it is estimated that, of the 179 million fish, molluscs, and crustaceans that were caught in 2018, more than 82 million tons came from the aquaculture, according to a report by the Food and Agriculture Organization of the United Nations (FAO).

“The scale of modern aquaculture is immense and it continues to grow. However, we know very little about the animals that we are producing en masse, and the negative consequences of the expansion of this practice will continue to accumulate ”, he warns Becca franks, a scientist from the Department of Environmental Studies at New York University (USA) and lead author of a review published in the journal Science Advances.

Of the 408 species that are cultivated worldwide, there are only animal welfare studies for 84 species

In this work, Franks’ team set out to analyze scientific knowledge about the animal welfare of 408 aquatic species that are grown all over the world. Their results warn that there is a “knowledge gap” about the living conditions of fish and mollusks, among others, since it could only be carried out for 84 species. On the remaining 324, which represent the majority of aquaculture production, no information is available.

“The absence of this information is worrying”, considers the researcher. His work indicates that modern aquaculture raises threats for the quality of life of these animals globally and individually.

World production of fisheries and aquaculture in 2018.

In this complex equation between the increased demand for food from the sea and the absence of conclusive scientific knowledge about their well-being, the question is how much these beings suffer, both in life and at the time of sacrifice.

What can fish feel

One of the people who can be closest to knowing the answer is Culum Brown, from the Department of Biological Sciences of Macquarie University (Australia). According to SINC, in the thirty years that he has been studying cognition in fish, as well as the implications on their well-being, he has come to the conclusion that they are not very different from terrestrial animals.

“Their pain receptors are similar to ours,” he continues. They clearly change their behavior when in pain, and behavior returns to normal when pain relievers are applied. Your physiology also responds in a predictable way, for example, by increasing the heart and respiratory rate, as well as the release of stress hormones As the cortisol in the bloodstream. Essentially they respond in the same way as other animals ”, explains the teacher.

However, Brown indicates what the main limitation is when addressing this issue: “We know a lot about pain in fish, but, as in all animals, or even people, pain is a private matter. There is no way to measure it. Even in humans we have no way of quantifying suffering and each individual suffers in a unique way. You can never truly know what is going on inside the mind of another being, ”he argues.

A different response to pain

When they are in pain, “fish do not show an adequate fear response or anti-predatory behavior, as they are paralyzed by pain,” he summarizes. Lynne sneddon, Senior Lecturer in the Department of Biology and Environmental Sciences at the University of Gothenburg in Sweden, who in her research with zebra fish Y rainbow trout has tried to measure this pain.

The researcher carried out indirect measurements of the behavior changes and the physiology before a painful stimulus. Also, he compared whether the administration of pain relievers prevented these changes in behavior.

Many farms use stunning to render animals unconscious before killing them, but in large-scale fisheries fish are often killed by chilling alive.

“Rainbow trout and zebrafish decrease their swimming activity when they are in pain, while the nile tilapia increases swimming behavior and common carp shows no changes. We really need to assess the behavioral responses of fish species by species, ”says Sneddon.

Given this lack of knowledge, the researchers agree that it is necessary to minimize the possible suffering they experience during their slaughter.

“Today many farms use stunning to render animals unconscious before killing them, but in large-scale fisheries fish are often killed by chilling alive and this can take a long time. In some cases, they are gutted alive, which would be very painful, ”he adds.

Beyond gills, fins and scales

Although fish are the main protagonists, mollusks, crustaceans and other invertebrates are also cultivated on farms for their consumption, among other purposes. And although there is hardly any awareness of the suffering of the former, as for the latter it is practically non-existent.

A few years ago, in 2018, Swiss prohibited Cook live lobsters in boiling water, implementing the obligation to stun them previously. In addition, the Swiss government ruled that they could not be transported on ice or frozen water either, since they would have to travel “in their natural environment.”

About pain in invertebrates, Robert ElwoodEmeritus Professor of the Faculty of Biological Sciences at Queen’s University Belfast, Northern Ireland, he is one of the leading experts.

“I don’t know what goes on in the mind of a crab, but what I can say is that all the behavior goes beyond a simple reflex response and fits all the criteria of pain”

According to various studies, the application of painful stimuli to specimens of crab european greenCarcinus maenas), by means of electric shocks or acetic acid, provoked reactions in the decapods consistent with the idea of ​​pain. When painful stimuli were applied, the animals rubbed themselves in the affected area, they presented states similar to anxiety and physiological changes. In addition, they learned to avoid situations related to those bad experiences.

“I don’t know what goes on in the mind of a crab, but what I can say is that all the behavior goes beyond a simple reflex response and fits all the criteria of pain,” Elwood explained in statements to the program. Science in Action from the BBC.

Another of the most striking cases is that of octopus, widely demanded commercially, but with increasing evidence that they could experience pain. According to a recently published study, the doctor Robyn J. Crook, belonging to the department of Biology at San Francisco State University (USA), discovered behaviors similar to those described above in crustaceans.

In an experiment also with acetic acid, the octopuses avoided places where they had experienced pain, while preferring to stay in a place where they felt relief.

“The most plausible explanation for the place-avoidance behavior observed here is that octopuses experience a state of continuous pain and a negative effect after injecting acetic acid,” the paper deduces.

A new way has even been found to avoid suffering in a very different type of mollusk, such as the snail. In another study, it was found that when immersed in a 5% ethanol solution or in beer snails were sedated and prevented from showing signs of distress during slaughter.

“Our finding that beer, a beverage available worldwide, so effectively anesthetizes snails offers a new technique that promotes the well-being of invertebrate research subjects everywhere,” he stated. Jeffrey Wyatt, a professor at the University of Rochester Medical Center (USA) and co-author of the study.

Whether for fish, crustaceans or molluscs, the researchers agree that the methods that cause the least suffering in the animals should be used when sacrificing them. “I believe that it is our moral and ethical duty to keep animals in a good state of well-being throughout their lives. Therefore, we must use methods humanitarian to kill animals, including stunning them so that they are not conscious and free from pain or stress, ”concludes researcher Lynne Sneddon.