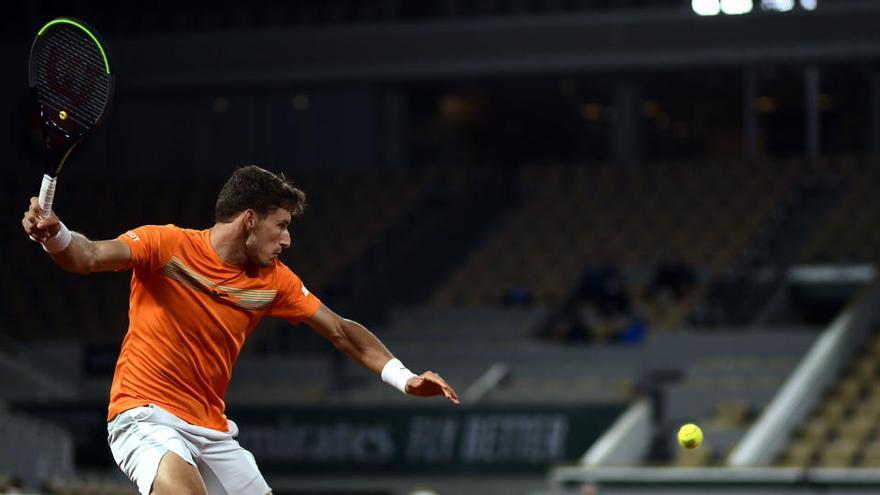 Between Pablo Carreño and his second consecutive Grand Slam semifinals, the first in Roland Garros, there is only one obstacle left, but it is of stature, the Serbian Novak Djokovic, World’s number one.

For the one from Belgrade, who pursues his eleventh semi-final in ParisMeasuring against the Spanish is accompanied by the memory of the last US Open, when he suffered his only defeat of the season, by disqualification. That duel marked the Serbian, hurt by having been left out of the race, when he wanted to win his 18 Grand Slam, in a tournament in which they were neither Rafael Nadal neither Roger Federer.

But pitch that hit a linesmanAs a result of the rage of the moment, of one of those losses of nerves that are less and less common in the Serbian spirit, it remained for history as one of the moments of modern tennis.

To the point that, since then, every brush with a referee Djokovic is looked at with a magnifying glass and the Serbian has become the lawyer in the cause of technological arbitration and the disappearance of every judge on the track. In his round of 16 duel against Russian Karen Khachanov he had one, a ball that he cleared poorly and hit a linesman, but the incident was involuntary and did not carry a penalty.

However, brought to the present the desire of the Serbian to end that office. “The technology has advanced so far that there is no reason to retain the linesmen, beyond tradition. I do not understand why technology is not generalized“said Djokovic, who recalled that in New York the judges have been eliminated in all courts except in the two centrals due to the COVID-19 pandemic.

How much impact will that event have in the quarter-final match, a month later and 5,800 kilometers away? It is possible that, upon entering the track, when Djokovic sees Carreño’s face and after the slight incident on Monday, that nightmare will go through his mind. But the familiar coldness of the Serb is not prone to being fooled by bad memories.

So, everything indicates that the key to the duel will be more in the state of health of the Spaniard, who confessed to stomach problems in recent days, also during his round of 16 match against German Daniel Altmaier, which did not prevent him from achieving victory but did lead him to accelerate it. “Against Novak I need to be one hundred percent. Being like today I have no choice“, warned the Spanish player, aware of the difficulty of defeating the world number one.

In his book of triumphs there is only one against the Serbian, the famous episode of the disqualification, for three defeats, two of them on clay, a surface where the Spaniard has had more modest results than on hard court. But the clay of this edition is less clay, the ball bounces less and both Carreño and Djokovic navigate better in those conditions. The duel promises.

“I do not see myself inferior to anyone if I am one hundred percent. If I am, I have my chances, but Novak has been playing well, he has won in Rome, he is playing his games at Roland Garros with solvency. At least I hope I can play a good game and enjoy myself, that last time I couldn’t do it, “he said.

Djokovic is being a steamroller. He has not yielded a set so far this tournament and his game has shown a high level, although the entity of his rivals has not been very great. Carreño appears as the penultimate obstacle in his attempt to play his first final at Roland Garros since his only win in 2016, the fifth in his career.

If he surpasses it, he will still have to beat the winner of the duel between Greek Stefanos Tsitsipas and Russian Andrev Rublev, a reissue of the final of the last Hamburg tournament that the Hellenic lost.

Cádiz extends its imposing return to Primera in Ipurua

Barça achieves an epic comeback on the Baskonia court

Alonso will do two days of testing with Renault in Bahrain