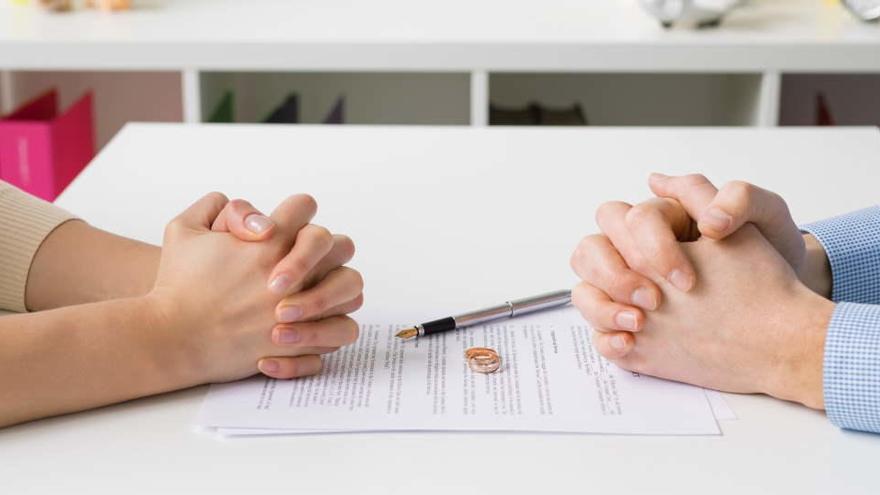 The number of claims for separation and divorce has increased to 25,732 in the third quarter of 2020, 16.6% more compared to the same period in 2019, according to data from the General Council of the Judiciary (CGPJ).

Regarding the Lawsuits for separation, 783 have been submitted by consensus, which represents an increase of 19.7% and 305 non-consensual, 6.6% more. Meanwhile, the number of nullity claims, 14, has been 16.7 percent higher than those filed in the third quarter of 2019.

These increases occur after the impact that confinement, the suspension of procedural deadlines and the adoption of safety and hygiene measures against the coronavirus, had in the activity of the judicial bodies during the second quarter of the year, which resulted in “very important reductions” in all types of lawsuits, according to the CGPJ.

Putting in relation lawsuits for dissolution of marriage Of the total for the year with the population on January 1, 2020, the highest number of dissolution demands per 10,000 inhabitants has occurred in the Canary Islands and the Valencian Community, with 6.6.

They are followed by the Balearic Islands, with 6.1; Andalusia, 5.9; Asturias and Cantabria, 5.7; Galicia, 5.6; and Murcia, 5.5. All these Autonomous Communities exceed the national average, which is 5.4. The lowest figures have been in Castilla y León and the Basque Country, with 4.3; Madrid, 4.4; and Aragon, 4.6, that remain below the national average.

On the other hand, the Royal Decree-Law of procedural and organizational measures to deal with Covid-19 in the Administration of Justice, contains the “ex novo regulation of a special procedure and summary for the resolution of questions related to family law directly derived from the health crisis “, which was operational during the state of alarm and up to three months after its completion.

The CGPJ points out that, although it is not possible to determine how many processes of this type entered the judicial bodies, as there is no individualized reflection, there is a increase in income from verbal trials relating to family law, both in the second and third trimesters.

Regarding the procedures for modifying measures in processes of separation and divorce and of guardianship, custody and maintenance of children, the CGPJ indicates that all, both matrimonial and non-matrimonial, especially those agreed upon, have shown year-on-year “significant increases” compared to the same quarter of 2019.

The modifications of measures of custody, custody and maintenance of non-marital children agreed have been 5,930, which means an interannual increase of 56.8%, while the non-consensual ones, 6,981, have increased by 21.3%.