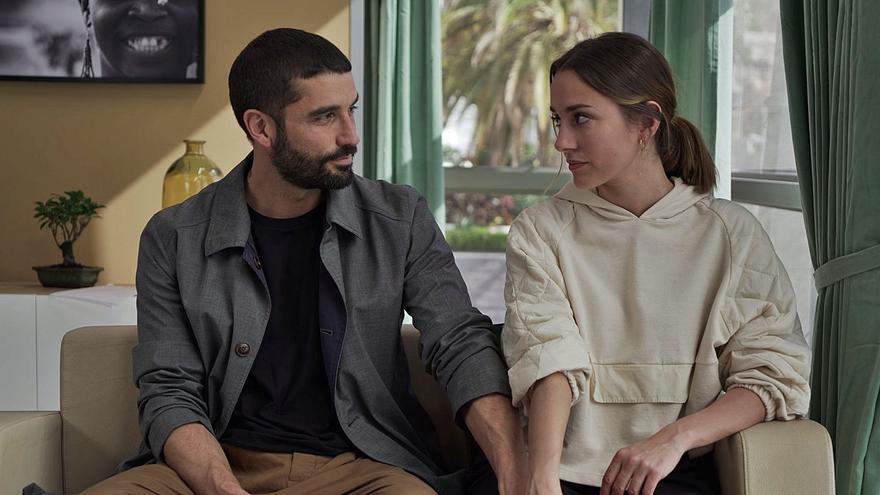 This long and successful tradition, in which many of the established figures of the last wave of island cinema have been partners, has ended up removing much more ambitious projects, most of them endowed with a solid social projection and a powerful psychological foundation. such as the one that represents, for example, Solo una vez, the debut in the field of the feature film by Tenerife-born filmmaker Guillermo Ríos, son and nephew of veteran filmmakers Teodoro and Santiago Ríos, which today opens in 60 Spanish cinemas, after its praised presentation at the Barcelona Sant Jordi International Film Festival last April where he had to represent the Spanish pavilion.

Like the previous productions of this young director, Solo una vez concentrates all its attention on a theme with deep social roots, as it did, for example, in the multi-award-winning El Chola (2011) or Nasija (2006), two of his most emblematic shorts, this time focusing on the theme of gender violence through the turbulent relationships between a psychotherapist (Ariadna Gil) and a couple formed by Pablo (Álex García), a successful writer, and by Eva (Silvia Alonso), a young editor, who claims to have been a victim of mistreatment by Pablo, contrasting her statements with the continuous self-defense arguments that her partner airs in the face of such serious accusations.

Inspired by the homonymous play by Marta Buchaca, as well as a script written in tandem by Ríos himself and the Catalan playwright, Solo una vez is, in the first place, a work indebted to its own theatrical origins, as revealed flat a shot throughout the entire film, narrated practically on a single stage. But this circumstance, which in many other cases, has been able to contribute to reduce film credibility to many works, in this case, and for the sake of Ríos' ability to move in closed places like a fish in water, acquires, on the contrary, an expressive potential of the first magnitude, continually relying on a formidable direction of actors and an absolutely effective control of the camera as a scrutinizing element of the intimate drama that we attentively witness on the screen, although, yes, avoiding the presence of images that would have resulted overly obvious in the description of the conflict. At the same time, it constitutes a clear demonstration that the intelligent handling of close-ups and mid-shots in a film with such a particularly intimate tone perfectly substitutes for the use of more explicit or bombastic shots, which would have contributed very little to the narrative vigor of the film. story and yes much to the most morbid side of history.

And to such an extent that Ríos prefers that we imagine the various dramatic spaces where the tension and violence of the protagonist couple are staged only through their own speeches with which both try to show their personal version of the events, since, if they had shown them to us in All its real rawness, the drama, I insist, would have gained in visibility but would have lost, without a doubt, in subtlety and psychological intensity, by the way two of its main stylistic achievements, thus becoming the typical easily foreseeable film where images would become so uncomfortable as well as useless for the personal approach chosen at each moment by the writers.

In addition, the film, which was shot entirely at the headquarters of the Official College of Engineers of Santa Cruz de Tenerife, has the unusual virtue of illustrating the scourge of gender violence from a perspective that constantly invites us to examine, above all, the subtle dialectical traps that tend to justify it in not a few cases, as Pablo insistently argues before the psychotherapist and before his own partner Eva in his intention not to admit that hers has been a male chauvinist aggression from a book but an occasional crossing of cables that can suffer any man in a moment of uncontrol. In this sense, Solo una vez aligns itself with that cinema so present today among good independent filmmakers in which the images and especially the dialogues between the characters suggest more than show the deep psychological fissures that ruin their respective lives.

But none of this would have been possible in this film without the perfect harmony that presides over the work of its actors and that of its director when it comes to infusing the story with truth and drama through an exquisite staging. Starting with the work of pure introspection that Ariadna Gil displays in her role as a neutral observer of the conflict, magnificently supported by the lagoon actor Alex García, playing one of the most complex and ungrateful roles in her already long career in front of the cameras and on stage. , trying to believe himself a truth that is only latent in his subconscious and a Silvia Alonso seeded with ductility and subtle dramatic resources that does the opposite: try to clarify the pathetic truth that contains the erratic sentimental relationship that he maintains with Pablo, despite to everything.

An important contribution, then, to a matter so glassy, ​​gloomy and repetitive, which continues to show every day its most sinister side in that long string of fatalities that the sinister statistics of patriarchal societies cast as the vestige of an endemic evil that continues poisoning equality and mutual respect between the sexes.