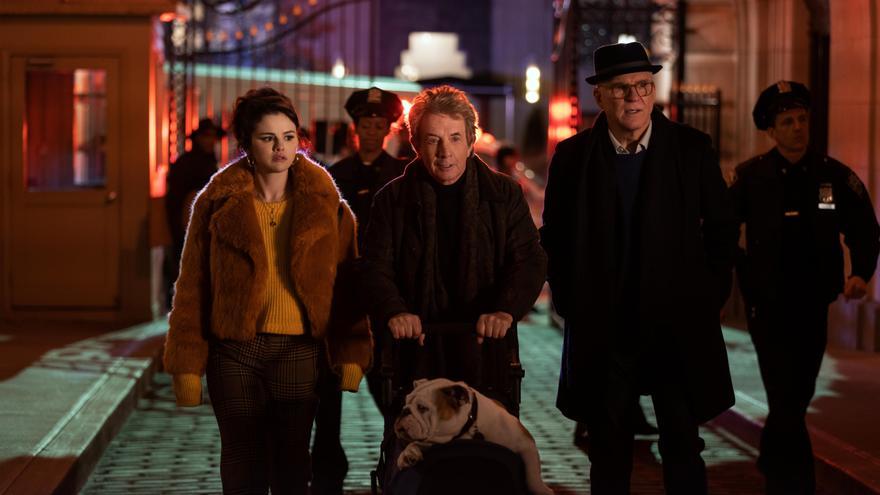 Madrid, Jun 4 (EFE) .- The series "Only murders in the building", starring Steve Martin, Martin Short and Selena Gomez, will premiere this coming fall on Disney + Spain, within the STAR catalog, and the biographical drama "Pam & Tommy ", about the pair formed by Pamela Anderson and the drummer of Mötley Crue, will arrive to the platform in 2022.

Disney +, a movie and series viewing service from Disney, Pixar, Marvel and National Geographic, among others, announced this Friday in a statement new titles for the remainder of this year and next, including "Welcome to Wrexham" and "Fleishman is in Trouble".

Disney + is available in Spain from February 23 of this year, while STAR is a general entertainment brand that it recently added to its catalog.

One of the most anticipated titles by the public is "Only Murders in the Building", a comedy that focuses on three complete strangers who share a peculiar passion for crimes and are suddenly involved in one of them.

"Pam & Tommy", meanwhile, tells the scandalous story of one of the first viral videos: the sexual recording of the drummer of the group Mötley Crüe, Tommy Lee, and the actress Pamela Anderson, played by Sebastian Stan and Lily James.

The documentary "Welcome to Wrexham" tells the story of the inhabitants of this city in Wales (United Kingdom), whose historic football team was acquired by Hollywood stars Ryan Reynolds and Rob McElhenney. The ten episodes of the documentary will be released over the next twelve months.

The "Fleishman is in Trouble" series is based on a novel by Taffy Brodesser-Akner that deals with life, love and commitment. An exact release date has not yet been announced.

Tags: building, Disney, fall, in, murders, only, premieres, Spain, the