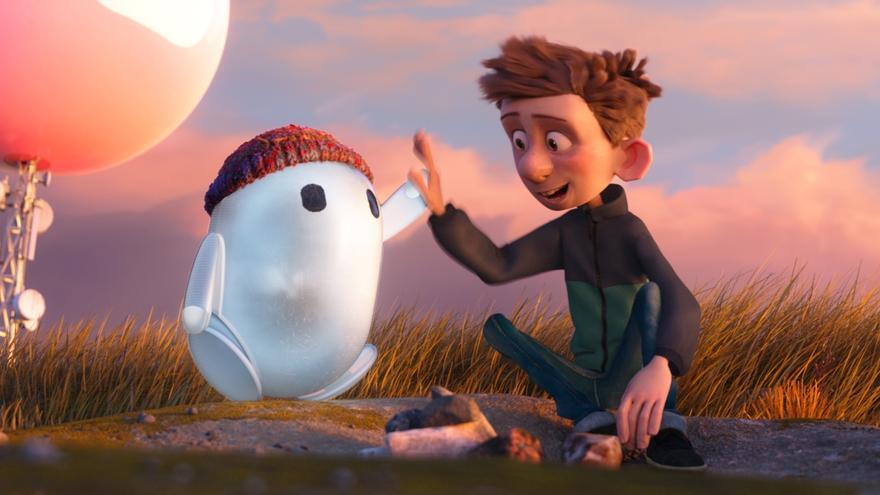 London, Sep 9 (EFE) .- A child with socializing problems and a robot with factory defects cross paths in Disney's new animated comedy "Ron makes a mistake", in theaters on October 22, to show that the true Friendship can be "wonderful chaos" at times.

"Ron's Gone Wrong", original title in English, tells the story of Barney, a high school student who feels isolated and misunderstood until he meets Ron, his new digitally connected device that accompanies him on an adventure with social networks and the technology backdrop.

The relationship between Barney and Ron is proof that friendship is "chaotic" and capable of uniting completely different beings, something that contrasts with the childhood vision of "looking for friends who always agree with you to play the same games. ", says Sarah Smith, co-founder of Locksmith Animation and director of the film along with Jean-Philippe Vine, a Pixar veteran.

Zach Galifianakis, Jack Dylan Grazer, Olivia Colman and Ed Helms are some of the voices that bring the film to life, a creation by 20th Century Studios and Locksmith Animation that seeks to empathize with children by making them reflect on their daily relationship with digital devices, central theme of the film "Her", which inspired Smith.

Another theme behind the plot of "Ron makes a mistake" is the insecurity that, in Vine's opinion, all children experience at some point, "that real childhood experience of feeling insecure about who you are and where your place is. "something that worries Barney until he discovers that" he is not the only one who feels lonely. "

He is accompanied in this adventure by his faithful ally Ron, a futuristic device comparable in fiction to "an iPad or iPhone", and which goes beyond the prototype of a robot present in other animated films, such as Wall-E, Smith remarks.

The post-production of "Ron Da Error" coincided with the outbreak of the pandemic, an obstacle that, although it deprived the directors of the "cross-pollination of ideas" present in a study, did not prevent the film's finishes from being of a high quality, says Vine, grateful for the work carried out together with the rest of the team, with Octavio Rodríguez, co-director, and Peter Baynham, co-writer, among others.