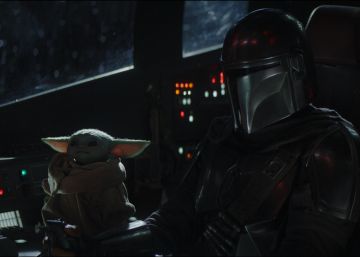 Disney + will land in Spain ahead of schedule. The platform will advance one week The initial plan and on March 24 will also be available in the United Kingdom, France, Germany, Italy, Austria, Switzerland and Ireland. The price in the Spanish territory will be 6.99 euros per month or 69.99 for the annual subscription. The platform of streaming It will reach other markets in Western Europe, such as Belgium, the Nordic countries and Portugal in the summer of 2020.

The platform thus adds to the war for him streaming. In addition to the entire Disney historical catalog, subscribers will have access to the expected series The Mandalorian, from executive producer and screenwriter Jon Favreau. The production is located in the universe of Star wars and premiered in the United States last November.

The offer of the new service includes products from Marvel, National Geographic and Disney and Pixar animation. Between the exclusive contents of the platform highlight a new version of the classic The Lady and the Tramp, the new incarnation, in series form, of High School Musical, the documentary series The world according to Jeff Goldblum Y Back to the stage, Fiction Diary of a future president, or The Imagineering Story, the documentary about the history of Disney Parks.

Subscribers will be able to access Disney + on mobile devices, as well as video game consoles, services streaming and smart TV. Users will be able to play content on four screens at once, with a selection of titles in 4KUltra HD and HDR, without advertising, unlimited downloads on up to ten devices, personalized recommendations and the ability to configure up to seven different profiles. In addition, parents will have the ability to establish profiles for children with an easy-to-navigate interface and adapted to children.