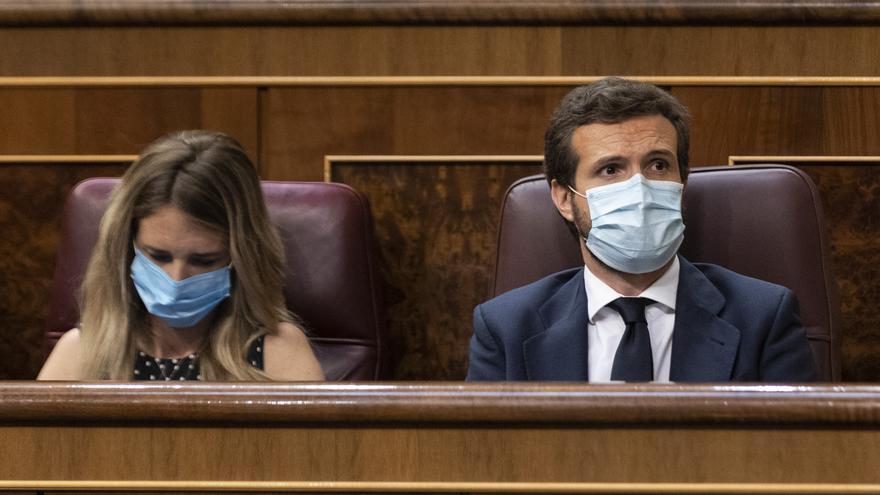 Cayetana Álvarez de Toledo ceases to be a spokesperson for the PP in Congress. The national president, Pablo Casado, has relieved her of the position and in her place will place Cuca Gamarra after the National Board of Directors convened by the emergency party next Thursday, August 20 and telematically. At the meeting, the PP reported in a note, Casado “is going to propose a remodeling of the management team” of the training.

Concepción Gamarra, current deputy secretary for Sector Policy, will be proposed as spokesperson for the Popular Parliamentary Group in Congress; Ana Pastor will become Deputy Secretary for Social Policy; and José Luis Martínez-Almeida, mayor of Madrid, will be the new national spokesperson for the Popular Party. The PP assures in the statement sent to the press that “Casado has thanked Cayetana Álvarez de Toledo for her work during these two legislatures at the head of the Popular Parliamentary Group in Congress, and has expressed his desire to continue contributing to this project as important for the future of Spain “. The until now parliamentary spokeswoman will make a statement at 7.30 pm in front of the Congress of Deputies.

The appointment of Álvarez de Toledo as spokesperson was controversial since its formalization on July 30, 2019, just over a year ago. President Pablo Casado’s personal commitment, generated a strong internal rejection and since then the recurrent outbursts of tone have aggravated the criticism of his fellow ranks. During this time, the spokeswoman has maintained an independent speech, more radical than that of the leadership of her party, which has supported her as a loose verse within the formation.

In an interview with El País Last weekend, Álvarez de Toledo charged against the lack of freedom in the parties. “We confuse discrepancy with dissent and freedom with indiscipline. We label those who freely express their opinion with that disparaging denomination of loose verse. And freedom is not indiscipline. It is essential for adult democratic conversation. Also within parties,” he said. the politician, who claimed, two days before his dismissal, that he was aware of the “internal tensions”. “I am perfectly used to having a discussion about me, which began even before I was named, and it does not affect me in the least,” she settled after stating that she was fleeing from the “factions”.

During the epidemic and both in public and in private, different popular leaders have unsuccessfully demanded that the spokesperson moderate her messages. The president of the Junta de Castilla y León, Alfonso Fernández Mañueco, expressly asked him in June to undertake a “verbal de-escalation”. These positions, among which are some of the barons with the most internal weight, are the ones that would have pressured Genoa to show Álvarez de Toledo the exit door in search of a more focused parliamentary image for the start of the new political course and with a vote of no confidence from Vox with few signs of success scheduled for September. Until the last moment, however, the PP has thrown balls out when asked about a possible replacement after the incessant dripping of information in this regard and has defended the work of Álvarez de Toledo as spokesman.

In the new internal structure, Casado reserves the national spokesperson for the party to the mayor of Madrid, José Luis Martínez-Almeida, whose image has risen with the management of the epidemic due to his more moderate tone, opposite to that of Álvarez de Toledo. The change involves a shift in the organic organization chart and a meteoric rise of the councilor, who was practically an unknown when he was appointed by Casado as a candidate for mayor of Madrid in January 2019.