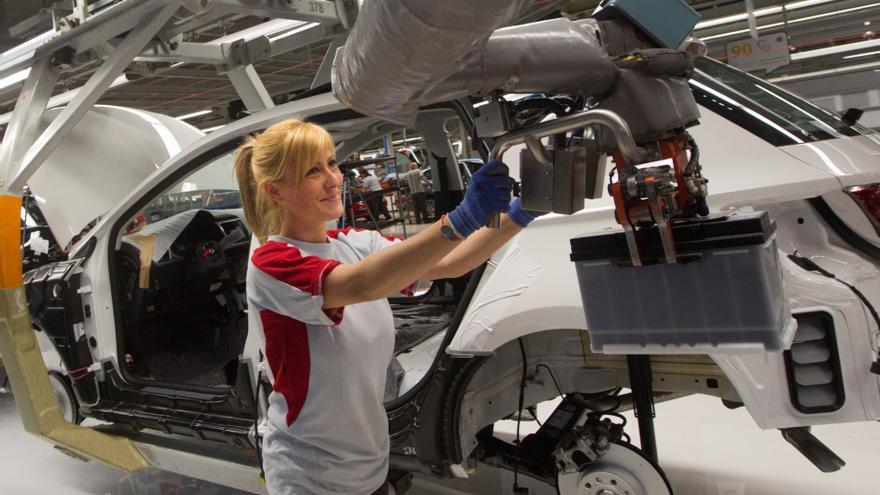 The automotive industry represents 10% of the Spanish GDP. Sure? Although it oscillates up and down depending on the time and place, the figure is repeated like a mantra before announcing millions of public aid to the sector. And yet it is not clear where it comes from.

Unlike tourism, the National Institute of Statistics does not carry out a detailed study of the weight of the automobile sector. We know that tourism accounted for 12.4% of GDP in 2019 and that the INE dedicates these calculations to it because it is especially complex, touching many areas, and because it is “the largest sector of the economy,” according to sources from the agency. But what about the automotive industry? The employers’ association of car manufacturers, Anfac, publishes an annual report in which it collects this information. Specifically, in 2020 Anfac stated that the automobile industry accounts for 8% of GDP and more than 11% if other related sectors are taken into account, such as distribution, insurance and finance. In 2019 they gave very similar figures.

The rounding usually goes to 10% —as Anfac indicates in the introduction to its report— and is reproduced in the media and government speeches. For example: during the announcement of the “automotive promotion plan” in June 2020, Pedro Sánchez stressed that the sector is “strategic for Spain” and that it “represents up to one-tenth of our GDP.” The Government approved 3,750 million euros to improve the value chain and renew the fleet of vehicles, with a budget of 1,050 million in subsidies to buy cars. This newspaper he also reproduced the figure without doing his own calculations.

“My colleague Javier Asensio and I have been behind this for years. We were very struck by the fact that a single sector accounted for 10% of a country’s production,” economist Juan Luis Jiménez, associate professor at the University of Las Palmas de Gran Canaria. “Nobody knows how they get it, we have never found the methodology. And the Government takes what Anfac says for granted.” Due to the amount of public aid received through purchase subsidies, these two economists wanted to know the reality of the sector.

Jiménez and Asensio squeaked the whole issue when they observed his “consecration” in the State official newsletter. In July, the PERTE (strategic project for the recovery and economic transformation) of the electric vehicle was published, with an estimated public investment of 4,295 million euros. The introduction stated that “the automotive sector directly represents 11.4% of the Gross Added Value of the entire Spanish economy”.

Gross Value Added (GVA) is the value of goods and services produced in a country, discounting taxes and intermediate consumption. “It computes everything that is produced, but only the part that generates added value,” Jiménez explains. “An explanation that I would give to a student is bread. There is the one that produces the wheat, the one who kneads it and the one who sells it. Each one contributes its added value. If you count the entire production chain without discounting the added value of the previous part, you are doubling. Think of a snowball, which when jumping from one mountain to another increases. But it already had a size! The added value is only the increase in size. ” GDP is obtained by adding indirect taxes to GVA.

In the automotive sector, there is the one that makes the wheels and the one that makes the car. If we add the production of the wheels and the production of the car (both in thousands of euros), we will be duplicating concepts … because the wheels are part of the car. To find out the weight of a sector in the Spanish economy, one can go to the national accounts published by the INE and obtain the GVA of the subsectors that interest us. That is added up and divided by total GVA or by GDP.

That was what Jiménez and Asensio did. They added the added value of the two specific automotive subsectors – “manufacture of motor vehicles, trailers and semi-trailers” and “sale and repair of motor vehicles and motorcycles” – and divided it between GVA and total GDP.

Outcome? With the most recent data, from 2018, the automotive industry accounts for 2.8% of GVA and 2.5% of GDP, far from the 10% proclaimed by the employers and the 11.4% reported by the BOE. Its results, reviewed by elDiario.es, are published in the economic blog Nothing is Free. “It is a fairly stable value for ten years, with a slight upward trend,” they note. In other countries, the weight of the automotive industry is not even close to 10% (using this same method). In Germany, the leading European producer, it is slightly higher than Spain, but does not reach 3%.

Adding other epigraphs the figure can increase, but not so much. For example, a recent Caixabank report took into account the heading “manufacture of other transport equipment”, with a GVA much lower than the previous ones.

Sources from the Ministry of Industry, one of the co-proponents of the measure, confirm to this newspaper that the data is usually provided by the sector and that they do not have their own studies to corroborate them. Anfac has not responded to specific questions about its methodology, although it has assured that two economists and various consultants are preparing them.

Jiménez suspects that Anfac inflates the data by adding the production of vehicle manufacturing, its components and distribution and dividing that by GDP. This method would mean doubling intermediate consumption (counting the car’s wheels twice), “an error, intentional or not, serious and easily detectable by any high school economics student,” he adds.

“What they say is absolutely correct,” says María Jesús Fernández, a senior economist at Funcas. “If a car costs 20,000 euros, that is the value of its production. But perhaps, of those 20,000, 15,000 euros are intermediate products that it has needed for its manufacture. If you discount them, you have the added value: 5,000. Yes You add the production of the intermediate products and the final product, you add twice “.

“However,” he continues, “I would complement this analysis with the indirect effect or drag on other sectors. The automotive industry demands goods and services from third parties: chemical products, advertising services … It can be done much more complete considering the drag” .

The ‘carry-over effect’ has been the point most criticized in Jiménez and Asensio’s analysis. As they explain, this data can be obtained using other INE metrics: the input / output tables, which precisely reflect the influence of one sector on the rest. Funcas’ senior economist has done the math. “Adding the direct impact and the carry-over effect, I get 6.5% of the GVA”, he indicates. The figure increases, but is still far from that published by the Government in the BOE.

Anfac has not explained to this newspaper how it obtains the employment figures in the automotive sector. Employers usually place two million jobs, adding direct and indirect, in the sector. The Government collects that figure. The average number of affiliates to social security in the subsectors of “manufacture of motor vehicles, trailers and semi-trailers”, “manufacture of other transport equipment” and “sale and repair of motor vehicles and motorcycles” in recent years is situated in just over half a million workers, according to own calculations made by this newspaper.

“As we did not know the methodology they use in the original data, we have calculated it ourselves. And with that we verify that the weight of the sector does not reach even a third of what the sector promulgates. It is a very important sector and we do not want to take it away. weight, “Jiménez concludes. “But the real data should be used, because based on those data, economic policies will be decided.”