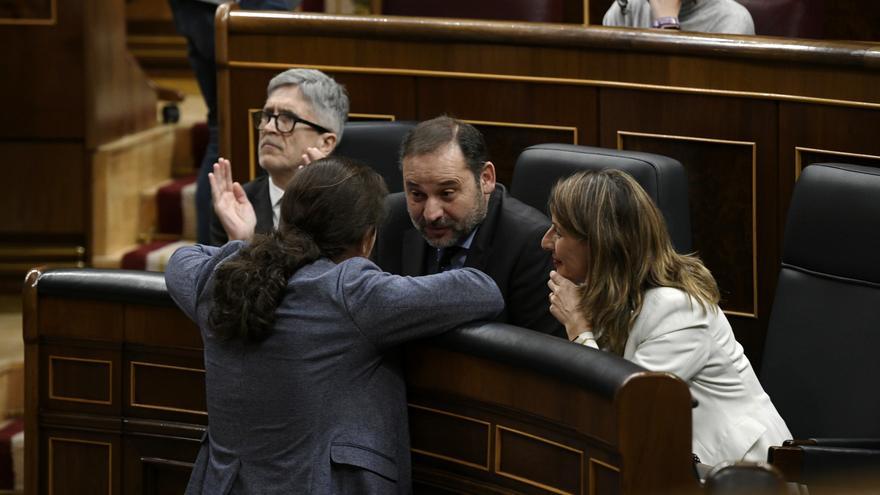 The government decree law to prohibit the evictions of vulnerable people during the state of alarm is stuck and will hardly be ready for the Council of Ministers next Tuesday, as confirmed by elDiario.es. The conversations between the PSOE and United We Can have run aground due to the differences that exist on whether the State should compensate with public money, or not, the large owners (those who have more than 10 homes) while the administrative and judicial procedures that are they will define whether or not the person to be evicted is in a vulnerable situation and an alternative home is found by the Social Services of the Autonomous Communities.

From the socialist part of the Government they recognize that the decree is not closed and they see “practically impossible” that it is ready for this Tuesday, which is the date that Iglesias had announced. The discrepancy is in the possible compensation to the owners while the suspension of evictions lasts. The position of the socialists is that it must reach everyone while United We can limit this measure only to small owners.

Sources close to the Second Vice Presidency led by Pablo Iglesias say that “after several weeks of negotiation and an initial agreement that seemed definitive, the PSOE continues to delay the approval of the rule proposed by United We Can. The reason, say the same sources, is that “the ministries of Economy and Justice demand compensation from large homeowners so that their benefits are not reduced by this measure.”

The department headed by José Luis Ábalos proposes that a margin of three months be given before carrying out the launches of those people who are occupying without a contract real estate belonging to large holders – in the case of small owners, the criminal prosecution law would apply that foresees the exit express– to give Social Services scope to find a housing alternative for these people if they determine that they are vulnerable. Sources from the socialist part of the Government maintain that since it is a kind of “temporary expropriation” of these properties, the owners must be compensated during that time – which may be less than three months depending on the agility of the social services – with the average market price in that area to prevent the legislative text from failing in court. “As we are retaining the property right during those three months, the holder who cannot make use of it must be compensated,” explained the sources consulted.

By opening this casuistry for cases of occupations, the PSOE proposes that the State compensate all the owners affected by non-payment of the contract during the time that the eviction process is paralyzed (on May 9, when the state of alarm ends) . The new decree will include not only the people who have been affected by COVID-19 but all the cases due to a vulnerable situation. The idea that the socialist part of the Government handles is that during that time all owners whose tenants (with a contract) suffer vulnerability declared by Social Services can be compensated.

The possibility of including large holders in these compensations has the rejection of United We Can, which denounces that the PSOE “proposes to pay with public money to the large holders of housing, mostly banks and vulture funds, 100% of the rent derived from the stoppage of evictions “. These large owners dominate a good part of the market. In Barcelona alone, a third of the housing stock is in their hands, in such a way that 2% of owners own 32% of the entire rental market of the Catalan capital. “In that case we do not see it because it is a disguised rescue to the real estate sector”, conclude the same sources.

The Catalan law of 2015, modified in November by a decree, is one of the examples on which the Government relies for the regulations it prepares. The norm establishes how the compulsory transfer of housing for social rent should be and dictates that the administration must pay the owner 40% of the price of the maximum rent that it would have in case of being a VPO, reports Arturo Puente.

From United We Can point out that the negotiator for her part, the Secretary of State for the 2030 Agenda, Ione Belarra, has defended the need for large homeowners, who enjoy millionaire benefits from the real estate business they generate in Spain, to arrive your shoulder in this crisis and understand that in the midst of a pandemic you cannot throw people out of their homes. “It would be a way of assuming their corporate social responsibility, since they use an essential good such as housing as an object of speculation,” the same sources decide.