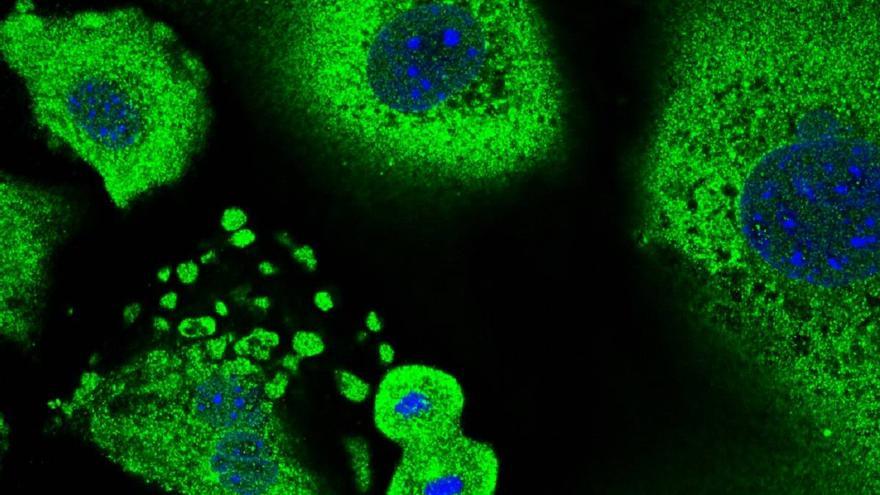 A study published in the journal Cell Reports details the molecular mechanisms that support the body's natural defenses against the development of skin cancer. The findings offer new clues about the behavior of this disease at the cellular level, which could facilitate the development of new therapies to treat this cancer.

The scientific team, led by Fátima Gebauer from the Center for Genomic Regulation (CRG), carried out the study by collecting mouse keratinocytes, the most abundant skin cell type in the epidermis. Keratinocytes can give rise to various skin cancers, including basal and squamous cell carcinomas, two of the most common in humans, which develop in the lower and upper parts of the epidermis, respectively.

"We discovered that the CSDE1 protein coordinates a complex series of molecular mechanisms that drive senescence in skin cells, slowing down their function without causing death," he says. Rosario Avolio, first author of the study and postdoctoral student of the CRG. "The senescent cells act as a firewall against cancer, suppressing the formation of tumors."

Experimentally, the group introduced genes that promote cancer formation, inducing cells into a state of senescence. They found that when CSDE1 levels are depleted, cells cannot undergo senescence and are immortalized, a necessary step for cancer development.

Experiments with cells without CSDE1 revealed that when these are implanted under the skin of mice, they begin to form malignant tumors. Surprisingly, all rodents treated in this way developed squamous cell carcinomas within 15-20 days, highlighting the key role of this protein in their suppression.

Experiments with cells without CSDE1 revealed that when these are implanted under the skin of mice, they begin to form malignant tumors

The team discovered that CSDE1 promotes tumor suppression through two different mechanisms. CSDE1 causes the cell to secrete a cocktail of cytokines - essential proteins for intercellular communication - and enzymes that force the cell to enter a state of permanent growth arrest. Additionally, CSDE1 also stopped the synthesis of YBX1, a protein previously known to promote tumor growth and aggressiveness.

An unknown yet unsolved

CSDE1 has previously been associated with the promotion of cancer formation, not its suppression. Previous studies developed by the same scientific group found that this protein promotes the formation of metastases in melanoma, a less common but more aggressive type of skin cancer. And other work has shown that CSDE1 is linked to tumor proliferation in many types of cancer.

"CSDE1 is the 'Dr. Jekyll and Mr. Hyde' of proteins. It has an unpredictable duality depending on the type of cell and tissue it is in," explains Gebauer, lead author of the study. "We do not know why it promotes cancer in some cases and suppresses it in others. Finding the root cause of this phenomenon will have important implications for the discovery of new personalized cancer treatments."

CSDE1 has previously been associated with the promotion of cancer formation, but not with its suppression.

CSDE1 is a type of protein that monitors RNA. One possible theory that explains why this protein behaves differently in normal skin cells compared to cancer cells is the existence of slightly different variants in each cell type. This could affect the molecular machinery of the cell in different ways.

"For a long time it was thought that proteins that adhere to RNA are universal molecules that cells use for general maintenance, and that furthermore they cannot be regulated for therapeutic benefit. It is becoming increasingly clear that this is not true and that it is a fundamental emerging field for understanding human diseases ", concludes the expert.