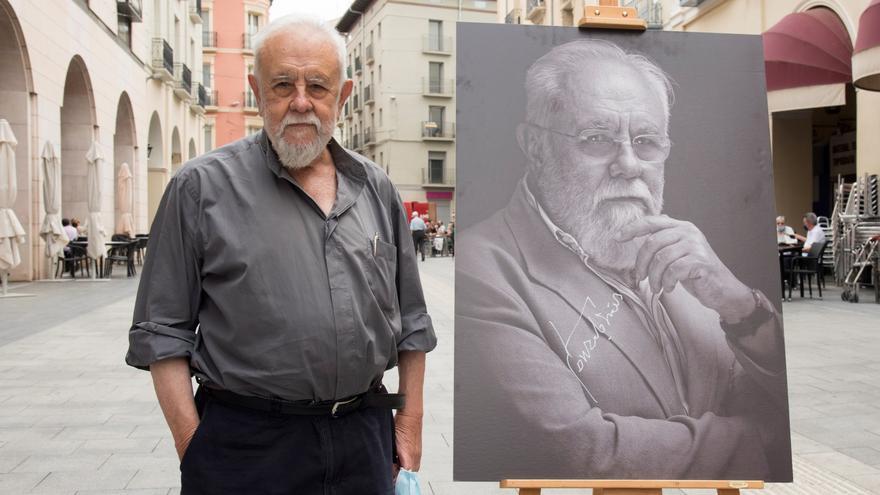 Huesca, Jun 16 (EFE) .- The filmmaker and writer Gonzalo Suárez (Oviedo, 1934) is now convinced, at 86 years of age, that film directors should not interfere too much in their productions in order "not to spoil what is Sometimes he has to go out alone, without help, even if you sign it later. "

Suárez made this statement at a press conference held within the framework of the 49th Huesca International Film Festival, a few hours before collecting the Luis Buñuel Prize awarded by the organization of the contest in recognition of his cinematographic career, at a gala in which the world premiere of his animated short film 'Alas de tiniebla' will take place.

The director, for whom not interfering too much in a shoot is "a value that directors take time to acquire", has referred to the freedom he experienced in the filming of his last two animated short films, 'Malinche's dream', a revision of the so-called Conquest of Mexico, and 'Wings of darkness', based on a story by his daughter Anne Hélène.

Both films were made with images from the Pablo Auladell National Illustration Award, an artist whose work the filmmaker has described as "extraordinarily suggestive and wonderful" and whose approach to the two stories was "revealing."

He has valued the montage work done in his animated productions with Juanjo Reguero, a task, he underlined, done at the level of artistic creation and direction by two people from drawings that "allowed the cameras to slide over them."

The filmmaker has referred to these last two productions of his as an attempt to regain his enthusiasm "from the discovery of impressionist and expressionist painting, where expression predominates over the subject, a feeling that can hardly be extrapolated in the cinema".

The author of works against the current such as 'Ditirambo', 'La Regenta', 'Rocabruno', 'El detective y la muerte' or 'Remando al viento', has defined his journey in the cinema as "a degenerate genre" that he likes rather than following a "predictable course". "In fact, if life does not have an adventure point, it is boring," he said.

Suárez, a writer interested in different artistic facets, has been convinced that cinema has the possibility of being "a confluence of all the arts", since, in his opinion, "all films tell a literary story, and when there are Talking actors make it theatrical. "

"The films themselves should bring together the nuances of the brushstrokes of the impressionist painters because of the freedom that they give them", an option, however, difficult to extrapolate to the cinema, where, in the opinion of the director, "we have not found the universal language" .

"I would like to be able to abandon myself with the freedom, sensuality or capture that a painting or music gives," highlights Gonzalo Suárez, who recognizes his taste for "voice-over" in the cinema, which allows images to be concatenated, in front of subtitles that prevent the possibility of abandoning themselves in them.

"The maximum freedom is to abandon yourself," insisted the filmmaker when referring back to his two animated short films, 'Alas de tiniebla' and 'El Sueño de Malinche', a production whose premiere in Mexico caused him "fear of being rejected."

After the success obtained in its premiere in cities such as Guadalajara, Monterrey or Mexico City, Suárez emphasizes that he understood that what he had prepared for years with his wife "really had an almost impossible balance between two ways of thinking when it came to telling the call. Conquest of Mexico".

"Perhaps the key is in Auladell's drawings, with that historical perspective that makes distance allow reflection when telling the story," he added.

In his speech, he also referred to the universal Aragonese filmmaker whose name bears the award, Luis Buñuel, with whom he shared, he commented, "a night of wines and sardines" in which the Teruel filmmaker told him anecdotes and experiences with actors and actresses.

According to Gonzalo Suárez, Buñuel knew how to take advantage of the deafness that affected him in the last stage of his life, the concentration capacity of "a pure genius" whose sense of humor he described as "great".

Tags: directors, Gonzalo, interfere, leave, must, not, should, Suarez