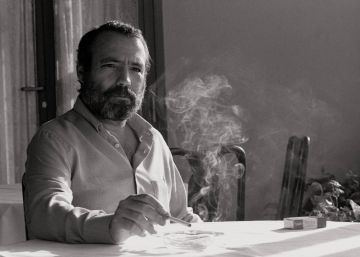 Film director Roberto Bodegas, founder with José Luis Dibildos of the one known as third way of Spanish cinema (a label from the 70s to designate films that oscillated between the popular and the intellectual), has passed away at 86 years of age, according to family sources.

Bodegas began its career in feature films in the early 1970s with Spanish in Paris, work in which actors such as José Sacristán, Máximo Valverde, Tina Sainz or Ana Belén shared a screen. The film talked about the difficulties of Spanish women when emigrating to France in the 60s.

Subsequently, other titles came as Healthy Spousal Life (1974), also with Ana Belén and José Sacristán, in which divorce was treated in Spain, or Provisional Freedom (1976), with Concha Velasco and Patxi Andión addressing the social reintegration of prisoners.

The new Spaniards (1974), with José Sacristán and Amparo Soler and in which the arrival of multinationals or Kill the Nani (1988), about police corruption, are some of the titles that complete his filmography.

From the 90s, Bodegas made the leap to the small screen highlighting some of his latest works, already in 2008, leading the miniseries on the crime of Phago or the television tape 20-N: The last days of Franco, with Manuel Alexandre in the role of the dictator.