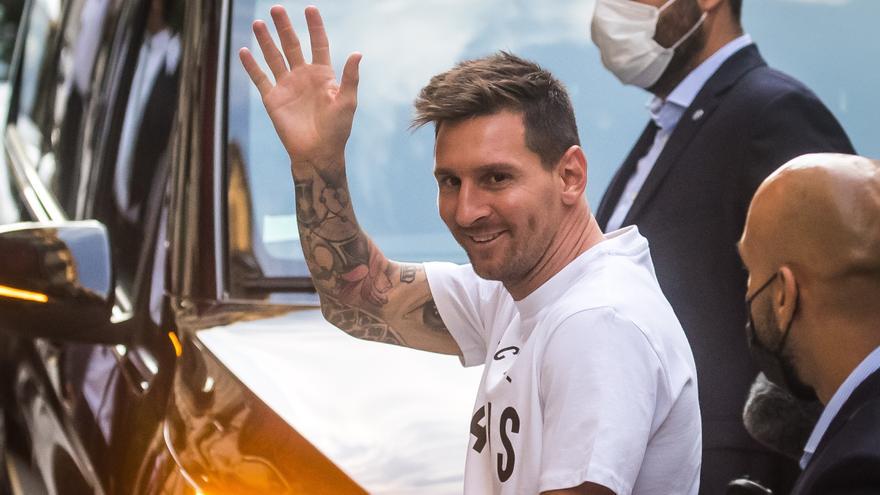 Lionel messi appears before the media from the press room of the Parque de los Príncipes stadium after what his hiring by Paris Saint-Germain was confirmed last night after an intense afternoon of first contacts with the Parisian club.

Messi arrived before four in the afternoon, local time, at the private Le Bourget airport, on the outskirts of Paris, and even without having confirmed the signing of the contract, he appeared -to the joy of the hundreds of fans who were waiting- with a T-shirt that read ‘Ici c’est Paris’, one of the songs of his new team. Acclaimed by fans wherever he went, from the same aerodrome to the luxury hotel where he spent the night, Messi was able to verify that PSG and his fans are ready to put the red carpet at his feet.

“The club and its vision perfectly match my ambitions. I know how talented the players and staff are here. I am determined to build, with them, something great for the club and the fans, “said Messi in a statement released by the club late on Tuesday, after passing the medical examination and confirming the hiring, for two seasons and the possibility of a third.

Messi, what thus joins several of the best players in the world, like Neymar or Kylian Mbappé, comes after not having been able to renew with Barça, an option that until less than a week ago seemed unthinkable.