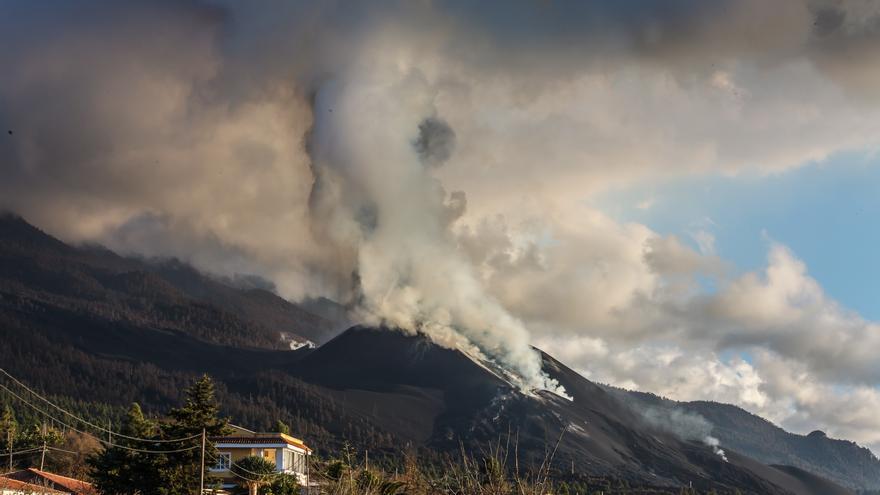 From the beginning of the eruption of the Cumbre Vieja volcano, on September 19, the island of La Palma It has grown in 43 hectares due to the lava deltas or strips created by the lava upon reaching the waters of the Atlantic Ocean.

This is indicated by the latest data published by the European Copernicus satellite system, which figure in 2,651 buildings destroyed by lava.

About Forty earthquakes have been counted since midnight on the island of La PalmaAccording to data from the National Geographic Institute (IGN), which specifies that, in general, all have been of low magnitude, except one of medium magnitude (4.3) in the town of Mazo.

In total, the most significant, apart from the aforementioned, there have been six earthquakes of a magnitude between 3.1 and 3.7, the IGN has notified on its website.

With 5⃣3⃣ products and 1⃣0⃣4⃣ maps, our #RapidMappingTeam has proven to be a useful asset for monitoring the consequences of disasters in support of local authorities pic.twitter.com/uE5zo8tYb3

Regarding their depth, the majority have been located at intermediate depths, below 25 kilometers, while the municipalities of Fuencaliente and Villa de Mazo have concentrated almost all of the seismic activity.

The Department of Homeland Security (DSN) has indicated in its latest report on the volcano that the continuous supply of lava from the main cone of the eruption has caused flows 4 and 7 to merge and increase the total surface 1,058 hectares were affected (8 more than the last registered data).

The tremor level also remains low with some occasional fluctuation, and regarding air quality, in recent days, it has shown a worsening with an increase in generalized sulfur dioxide, which improves throughout the morning to good values ​​in stations on the west side of the island, and between reasonably good and fair stations to the east.

Binter maintains the suspension of flights

In this sense, Binter has informed that the flights with La Palma will not start this Monday before the scheduled one for 3:00 p.m. due to the evolution of the ash cloud from the volcanic eruption.

In a statement, the airline informs that it has been forced to make this decision based on the notification issued by the aeronautical authorities in which it is communicated that the Palma airport will be restricted to emergencies and military use that time this Monday.

Additionally, the company notes that You are handling requests for changes or refunds through the usual channels that could be received by the affected passengers on those flights.

The airline “is following at all times the evolution of the situation in contact with the aeronautical authorities, pending confirmation that all security conditions are met to resume normal operations. ”

Due to the “exceptional and unprecedented” situation that exists, Binter will inform of any news or change that may occur through its usual channels and recommends that before flying the updated situation of the airline be consulted in the official media of the airline. flights.

Binter has canceled flights to La Palma since Saturday due to the presence of ash at the island’s airport.