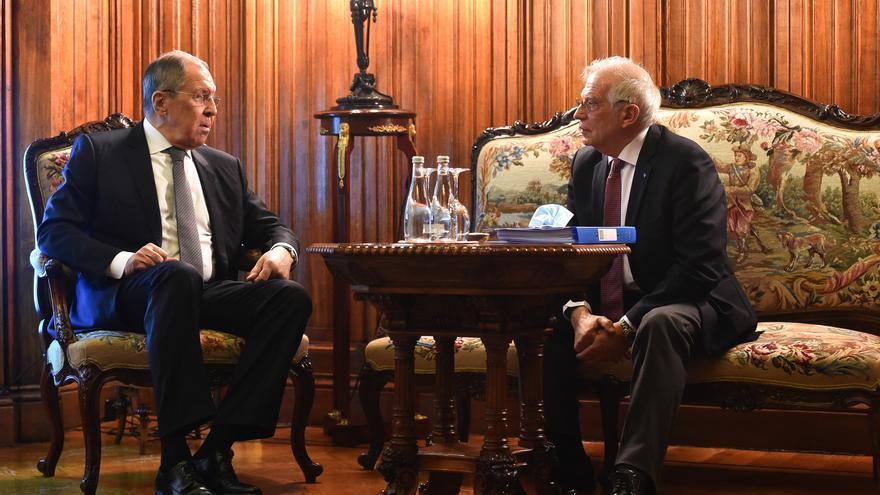 It is often criticized that the European Union does not have a powerful voice in the world: the national powers of international relations often mean that the High Representative, in this case Josep Borrell, often cannot go beyond expressing “great concern” for various geopolitical issues. It is at the most that on many occasions the consensus reaches the 27, which is the voice that Borrell expresses: in fact, Borrell travels to Moscow mandated by the Council of the EU, the governments.

And in the case of Navalni, the position of the European Union has been unanimously firm. Even a country like Germany, with strong commercial ties to Russia – there is former Chancellor Gerhard Schröder, Putin’s friend and chairman of the Board of Directors of Rosneft, a Russian state oil company, and of the shareholders’ meeting of Nord Stream AG, consortium for the construction of the Nord Stream gas pipeline – was one of the first to point out the government of Vladimir Putin as responsible for the poisoning of the opposition leader Alexei Navalni. A poisoning that was about to end his life.

Borrell himself, the first High Representative to travel to Russia in four years, said on Friday that relations between the EU and Russia were in very low hours. There are sanctions applied against Russia for entrenched conflicts, such as the one in Ukraine; there are problems in NATO, with an arms reduction agreement on hold; it has been aggravated by the crisis in Belarus, after which the EU sees Putin’s hand; Borrell’s own department has a team dedicated to pursuing fake news of Russian origin; and, lastly, the arrest and express conviction of Navalni, rejected by the 27, followed by protests and massive arrests of protesters.

In this context, in that hornet’s nest, Borrell appeared this Friday morning to tell Foreign Minister Alexander Lavrov that the EU condemned the arrests, Navalni’s sentence and that it demanded an independent investigation into his poisoning. And Borrell told him privately, but also before journalists, with Lavrov at his side.

And that, for a Russian, has been too much.

Borrell has done what is often demanded of an EU leader: that he be forceful in demanding human rights, beyond Venezuela. But the terrain was so slippery that, at the end of the day, the balance of the visit was not particularly beneficial.

In the middle of a press conference, without Borrell replying, which has caused protests by the popular in the Eurocamara –even an Estonian MEP is already calling for his resignation-, Lavrov has compared the situation of Navalni with that of the independence leaders imprisoned by 1-O. While the liberals have asked for more sanctions and both reproach him for not visiting Navalni on his trip. A spokeswoman for the European Foreign Service explained that seeing him in prison “would normalize an unacceptable situation.”

“My visit coincides with the arrest and sentencing of Alexei Navalni and the arrest of a thousand protesters. I have conveyed to Minister Lavrov our deep concern. Human rights and political freedoms are fundamental to our common future, both for the European Union and for Russia “, said Borrell before Lavrov, who responded speaking of the imprisonment of the Catalan independence leaders:” They are in prison sentenced to ten years for organizing a referendum, a decision that the Spanish justice has not revoked despite the fact that courts in Germany and Belgium have ruled against. Given this, Spain has defended its judicial system and has asked not to doubt its decisions. That is what we want from the West in terms of reciprocity. ”

The Foreign Minister, Arancha González Laya, responded on Friday afternoon, showing the relationship between the two countries: “I would like to remind Minister Lavrov that Spain is one of the 23 full democracies in the world and there are only 23 Russia is ranked 124 out of 167 countries. I want to remember that in Spain all citizens, all, have their rights and freedoms fully guaranteed. That in Spain there are no political prisoners. There are political prisoners. And I hope Alexei Navalni will have the opportunity to participate and campaign in the next Russian elections, as the Catalan pro-independence leaders who are serving time in Spain are doing. ”

Lavrov mixed the sentences of the procés with the rulings of the German and Belgian courts to the extradition requests of those who are not imprisoned or tried after leaving Spain after 1-O, such as Carles Puigdemont, Clara Ponsatí, Toni Comín and Lluís Puig. “There are many situations in Europe where the courts are suspected of making politically motivated decisions,” Lavrov said shortly before the end of a press conference after which Borrell tried to explain the film Palm Trees in the Snow to Lavrov, to justify his surprise that they had asked him about Cuba in a snowy Moscow.

Lavrov’s response to Borrell’s comment on the film could no longer be heard. But the response to the EU’s criticism of the arrests of protesters in Russia did go around the world: Moscow announced the expulsion of three members of the diplomatic corps from Germany, Sweden and Poland for their participation in the demonstrations in support of Alexei Navalni, sentenced this week to three years in prison, accused of violating the conditions of probation imposed in an old 2014 criminal case in relation to an old fraud case reactivated while Navalni was convalescing in Germany from the poisoning he suffered in summer . Discounting the year he spent under house arrest, Navalni will have to serve two and a half years in prison, as reported by the state network RT.

“During my meeting with Foreign Minister Sergei Lavrov in Moscow, I learned that three European diplomats will be expelled from Russia. I have strongly condemned this decision and rejected the accusations that they carried out activities incompatible with their status as foreign diplomats. The decision must be reconsidered. “, states a note released by Borrell this Friday afternoon.

“I am really upset and presented my rejection” to the measure taken by Russia, added the vice president of the European Commission (EC), who learned the news at lunch with the Russian minister.

German Chancellor Angela Merkel has considered this to be an “unjustified” measure, an example of Russia’s “distancing from the rule of law”, and has summoned the Russian ambassador in protest. The Polish Government, for its part, has summoned the ambassador to inform him that the expelled Polish diplomat was only carrying out “official tasks”, while not ruling out other measures. And, according to Europa Press, the Swedish Foreign Ministry has also classified the expulsion as “absolutely unjustified”, among other reasons because it “categorically” denies the alleged participation of any of its diplomats in a protest in favor of Navalni.