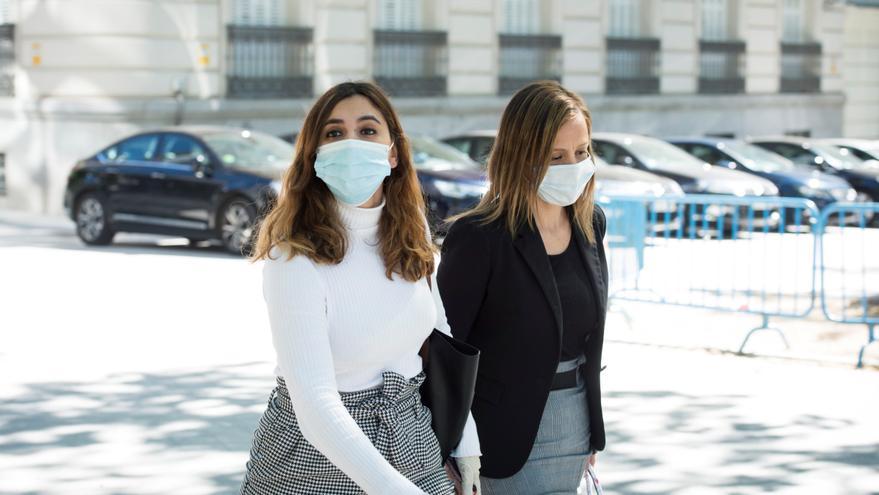 Dina Bousselham, a former collaborator of Pablo Iglesias, has appealed the last steps ordered to the Police by Judge Manuel García-Castellón insisting that she was not harmed by the actions of the Podemos leader and showing her understanding that he did not return “from immediate form “the mobile card that had previously been stolen from him and that was given to the politician by those responsible for Grupo Zeta. “It is obvious that it is not his intention to direct any action against him (Iglesias), neither criminal, nor of any kind, given the situation in which the card was delivered to Mr. Iglesias,” reads the letter to which the newspaper .is.

The current director of the ultimarahora.com again asks the judge to summon her to testify to transfer this and other points. “Mrs. Bousselham understands that the delivery of her card by Mr. Iglesias will not take place immediately, given the confidentiality in which it was received, and given his public and electoral obligations on those dates. Mr. Iglesias gave her The card to Dona Dina was voluntarily published once its content was published in the media, receiving the card in July 2016. And although she was able to access its content for the first time, later the card did not work “, she assures Bousselham’s representation.

In the same sense of the letter sent to the judge months before Garcia-Castellón decided to present a reasoned statement to the Supreme Court, the representative of Bousselham affirms: “The friendship that beyond the labor or political relationship has with Mr. Iglesias during these last years and he understood, without asking for any explanation in this regard, that he kept the card until its delivery, as he already declared before his lordship in his day given the form that had been obtained, without any concealment, and that, around the publication of the data by Okdiario, it will be delivered “.

Bousselham does not oppose the reopening of the case ordered by the Supreme Court, but appeals the judge’s order to the Police to report again on the possible access to the content of the card. The letter reiterates what was concluded by the Police at the time as well as by the Welsh company that tried to recover the contents of the device, in the sense that “after” Iglesias returned the card to Bousselham, it “was damaged with a pointer laser (in the aforementioned company), as has been accredited in these proceedings “. “This part does not manage to understand the investigation procedure consisting of a new expertise that determines what has already been clarified by the Scientific Police,” adds the lawyer.

At the same time, Bousselham shows that Judge García-Castellón has not ordered any diligence to clarify the theft of his mobile phone in November 2015 or the statement of Commissioner Villarejo, in whose house a copy of the card appeared, that he handed it over to the Deputy Director of Police Operations at that time, Eugenio Pino, head of the political brigade.

Tags: and, bousselham, card, churches, do not, Dyne, give back, hurt, insists, judge, justifies, will take