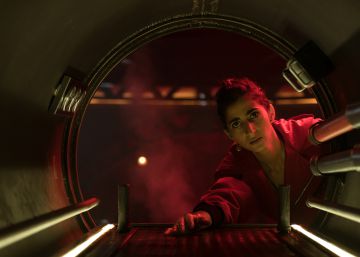 When the story is good and well told, enjoying a series in a foreign language is a secondary obstacle. This was demonstrated in 2012 by the Danish series The killing (Forbrydelsen) in the United Kingdom, where it became a phenomenon in its original version with subtitles on the BBC public network and in subsequent sales on DVD and that opened the doors to the Nordic series to the rest of the world. Globalization through the platforms of streaming it favors that non-English-speaking fictions are increasingly accessible. In the case of Spain, with 600 million Spanish speakers in the world, the commitment of these companies to languages ​​other than English has favored the boom international of some of his series.

Half of Netflix subscribers have seen at least one series in a language other than English when two years ago that figure was around 30%, according to Kelly Luegenbiehl, vice president of international series of the platform. A rise that is accompanied by the great expansion of the company outside the US worldwide. 98 of the 158 million subscribers Netflix had in September this year were from outside their home country, 47.4 of them in Europe, the Middle East and Africa (in March 2017 this figure did not reach 20 million) . According to the company, in 2020 they will premiere 130 seasons of programs from foreign countries, exceeding the number of US productions.

“For a long time, entertainment and culture have been dominated by a single language and a single country, which has been the US, and we are at a time where the citizens of the world are increasingly connected,” explains Diego Ávalos by phone , vice president of Original Content of Netflix in Spain and Latin America. In recent years, fictions in Spanish as Paper house or The house of flowers They have shaken the platform internationally. Even a series in Galician, Or taste of margaridas, it has positioned itself in recent months as one of the most viewed non-English-speaking fictions in the United Kingdom. “The importance of reflecting the different stories is extremely important to us because it is the real representation of the world we live in, a diverse world with many languages ​​and many stories. We believe that there are many stories, mostly in non-English speaking, that have not been told globally, stories that on the other hand are extremely local, ”says the director.

Services such as Netflix, HBO or Amazon Prime Video aspire to stand out in local markets, seek to make viewers feel more comfortable and everything seems closer. Getting those stories to attract the public of a country or a language that can work globally is the challenge of these content producers. “Companies are getting bigger, but the world is getting smaller. There are many countries, as in the case of Spain, that have climbed a lot of steps in a very short time in the industry. There is more distribution, all these platforms give opportunity to series that did not exist before, ”says Miguel Salvat, director of Original Fiction at HBO Spain. “If you cross this with the importance of Spanish, we have a huge advantage over other industries that from the point of view of production were in a better situation than the Spanish does nothing,” says the manager, responsible, among other projects of the adaptation of Homeland, which will be released in May 2020.

The rise of non-English speaking series also has a reverse course, towards the Anglo-Saxon world. The global commitment of the platforms is to give the greatest number of possibilities to their clients, including those in the United States, where English dubbing or the use of subtitles is increasingly accepted, as was the case with the Spanish series Elite. “We want to give the original audio as well as subtitles and dubbing. More and more people accept them and that audience is more willing to discover international content, ”says Ávalos. The technical aspects are fundamental to gain reputation and new subscribers, but, as Salvat recalls, in the end it all comes down to an idea: “Language can be either an obstacle or a thing that paves obstacles, but the important thing is the story, you have to get hooked on it. ”

Miguel Bosé ‘appeared’ in ‘Save me’ thanks to Josep Ferré: “I’m not going to talk about Ebola or Évole”

Protect minors from sexist violence, in Out of the Plane

Carlos Sobera stops Rocío Flores after her monumental anger: “Opinions are expected in this program”