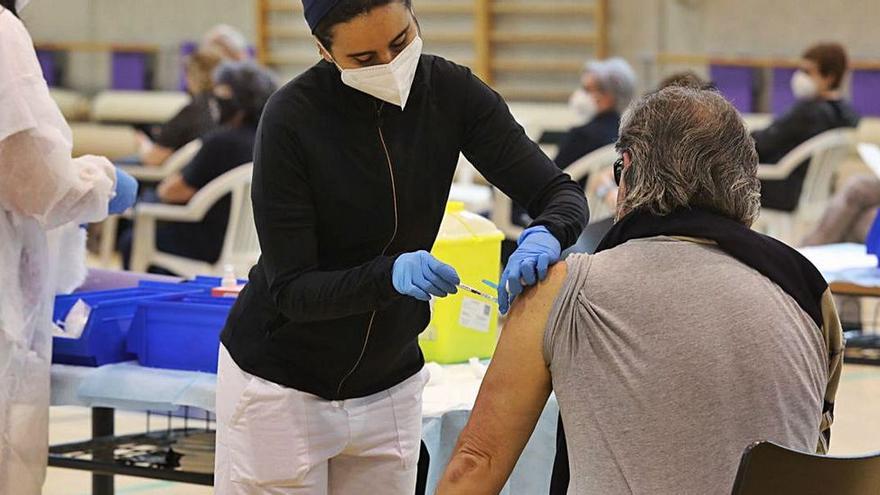 Two days after the dose was given, he suffered a aneurysm, cerebrovascular disease that favors thrombosis and that can lead to a stroke.

Sources close to the hospital management point out that they can’t make any statement on this particular case as it is confidential information.

Till the date there is no clear scientific evidence linking the risk of thrombosis and further brain complications with the AstraZeneca vaccine. The Spanish Thrombosis Society itself explained that the risk of thrombi is much higher if the virus is contracted than with the dose reaching 5% of those hospitalized. Similarly, the European Medicines Agency pointed out that the incidence of thrombi occurs between 0.65 cases per 100,000 inhabitants who are vaccinated.

Despite these remote figures, Juan Carlos’ family fears that the vaccine was related to his death. As his environment relates, this user went to get vaccinated on April 6 at the El Toscar sports center in Elche after 5:00 p.m. As his daughter explains, Jimena Martínez, his father called his health center several times to ask him if there were any contraindications and they told him that the staff would explain to him at the vaccination point. According to this relative, they did not appreciate that there were problems for the injection.

That same morning his father got up at dawn with severe headaches and took Paracetamol as recommended, he assures. The next day, Wednesday, he began to intermittently notice several punctures in various parts of the body such as the lung, heart, kidneys or head although, as the relative relates, the pains stopped.

A day later, Thursday, when he went to work at a local electromechanical company, passed out and ended up vomitingexplains his daughter. Then the co-workers notified the emergency room and a SAMU took him to the Emergency Department of the General Hospital of Elche, and was conscious.

The medical report provided to INFORMATION indicates that once he arrives at the hospital, a CT scan is performed and “SAH suggestive of aneurysmal rupture” is detected, that is, bleeding in the area between the brain and the thin tissues that cover it.

On Friday, April 9, he was transferred to the ICU of the General Hospital of Alicante to perform more specific tests and monitor your blood clotting. Although she seemed to stabilize the next morning, the medication they were giving her was not working. They were informed that some thrombi had appeared in the head, according to the family environment.

His condition was so critical that no further intervention was authorized and three days later he died of brain death. They also observed signs of cerebral edema, which increased the pressure inside the skull and caused a lack of oxygenation and cellular degeneration.

The family environment points to this newspaper that you feel helpless because of the way events have unfolded. They fear that the vaccine would cause effects that resulted in death, since they say that never before the dose was given had he manifested similar problems. At the moment they do not intend to take legal action. “We don’t want money because a person is not going to come back, we just want it to be known, that the vaccine be investigated more or that they look more at people’s histories”, adds Jimena Martínez.

The European Medicines Agency points out that the risk of suffering thrombi from the AstraZeneca vaccine has to continue to be documented, although for now they have only occurred 0.65 cases per 100,000 inhabitants. In the province, if the relationship is confirmed, the case of the man from Elche would be the second, for which they give the alarm after thrombi were recorded in a Villena prison worker.