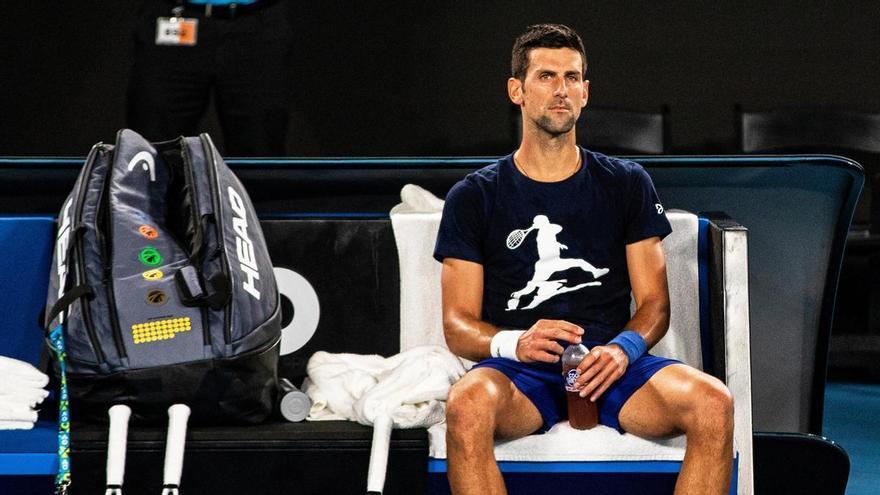 Was it just a mistake why Novak Djokovic apologized or there was something else hidden when he did not warn the australian authorities who had traveled to Spain?

The Serbian tennis player landed in Malaga on December 28. All the sources consulted by this newspaper assure that it was impossible for the number one in world tennis to enter Spain without a negative test against the virus. Although it is true that Serbian citizens cannot enter Spanish territory if they are not vaccinated, Djokovic has fixed residence in Monaco, whose inhabitants, as happens with those of Andorra, San Marino or the Vatican, can move freely between Schengen borders.

Now, the Australian authorities would not have understood that trip when Djokovic He tested positive for covid on December 16, 12 days before his trip to Andalusia. The tennis player, if a PCR with a positive result was really carried out on December 16, which some foreign newspapers such as the ‘New York Times’ have questioned, should have completed a stage of confinement in Belgrade, which had not yet expired when he flew to Spain, where, moreover, he did not report his previous infection.

For this reason, magazines such as the German ‘Der Spielgel’, after consulting with experts, doubt that the positive of December 16 was real. And this reasoning is based on the fact that Djokovic He did not commit any irregularity, nor did he skip any isolation when he went to an act for being the image of a postage stamp, was photographed with young tennis promises from his country or granted an interview two days after his positive control. It just wasn’t infected.

Doubts arose after a journalist, a contributor to the New York newspaper, alerted via Twitter that the QR of the PCR document presented by Djokovic at Melbourne airport and published by the Australian press, he tested negative when exposed to his cell phone.

Folks, it gets fishier.

When you scan that QR code (and you can try yourself), it takes you to a website showing that test was *negative*, not positive.

The tennis player published a long text on Instagram in which he recognized the slip for not informing the Melbourne customs police of his stay in Spain as a personal error. Djokovic spent in Marbella, where he owns a house, the New Years Eve along with his wife and two children and then trained at the Puente Romano facilities where he practiced with the balls that will be used as of Monday at the Australian Open.

Interestingly, Djokovic already starred in an incident on those same tracks in May 2020 when he carried out training when it was not yet allowed due to the State of Alarm dictated by the Spanish Government to stop the spread of the coronavirus and did not allow professional athletes to perform more exercises. beyond their houses.

And it was not the only time that Djokovic it has been disrespectful of the restrictions, as happened in June 2020 when it organized a tournament in Serbia where there were no security measures and ended with several infections; among others, yours.

Australia, yesterday, did not want to point out details about whether or not there were doubts with the tennis player’s documentation and that it was examined for four days. He only talked about a public health issue and not giving wings to the anti-vaccines to keep the Serbian player’s visa.