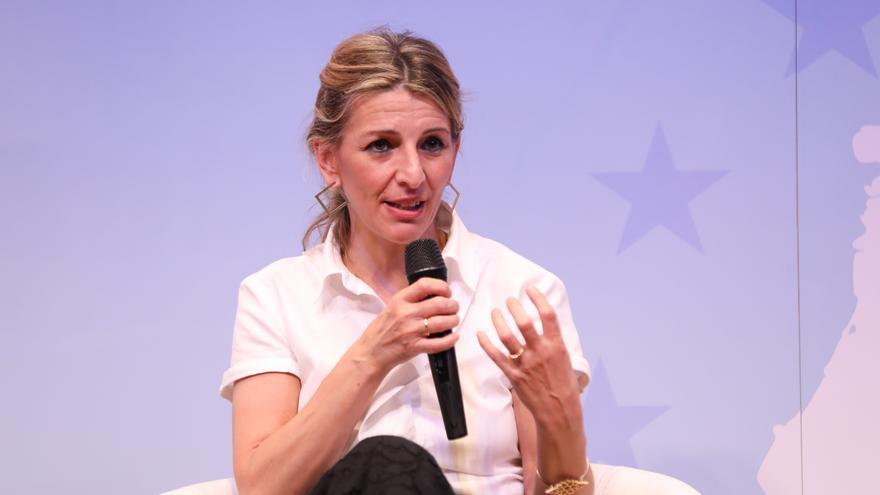 The Minister of Labor, Yolanda Díaz, has shown her skepticism this Wednesday with the proposal for a four-day working day that More Country brought to Congress and the Government began to apply a pilot plan with public aid. For the third vice president of the Government, who has participated in the forum ‘European recovery funds: This is how Spain will change’, this idea is based on “rigidity” and does not take into account the productive model of the Spanish economy. Faced with this, Díaz has been closer to other proposals for flexible hours.

Díaz has argued that a four-hour workday modality would not improve the large pool of overtime that workers do. “There are cases of nine, ten, eleven and even twelve hours a day,” the minister recalled. “There are companies in large cities that no longer work on Fridays but the debate on working hours must be approached from a whole,” he pointed out. “Collective agreements lead to a reduction in working hours but also to flexibility,” he emphasized.

Díaz recalled that the agreement between the PSOE Government and United Podemos provided, within the measures of reconciliation of family and personal life and joint responsibility in working time, a Law on the use of time and rationalization of schedules that, he said, will see the light next year. The future norm will have “a bidirectional look”, “flexible for the worker and for the employer”, so that the working week can be organized “at the disposal of the parties”. “There will be workers who want to compensate for their working time in certain months,” he pointed out, by way of example.

The minister has also been skeptical about how to implement that four-day day. The pilot plan that was implemented in Spain has public aid for those companies that decide to take advantage of this model of working hours, something that, according to Díaz, would not be applicable to all Spanish companies. “We have more than 16 million salaried workers,” he recalled. “It would be impossible to expand that experience,” he emphasized. The minister recalled that this is an issue that is not being addressed in the social dialogue with the agents.

The minister has also announced the development of an employment law that will affect the public employment service, the SEPE, which she has said will become a “modern agency” in the style of the Tax Agency, in order to apply the new active employment policies.

Díaz made these statements at a round table on telecommuting and the new flexible time measures. Marta Machicot, global director of Human Resources at Telefónica, has pointed out that the digital revolution, “the largest in history”, has accelerated with the pandemic and mechanisms must be found that allow us to be more productive, have more flexibility and work together. “At a certain moment we could address issues of how to reduce working hours”, but “increasing productivity” because if not, “it will not be sustainable” and technology “can be a lever to help us.”

A thesis in which Carmen García Martínez, vice president of the National Commission for the Rationalization of Spanish Hours and president of the Woman’s Week Foundation, has agreed. García Martínez has demanded that in the elaboration of this future norm the vision of the companies be counted on the “very hard” experience of teleworking that forced the confinement and the pandemic.

María Jesús Herrera, partner of Sagardoy Abogados, explained that, after the approval of the Teleworking Law, most of the companies that this firm advises are still negotiating relevant aspects such as the detail of the assumption of the corresponding expenses to each part.