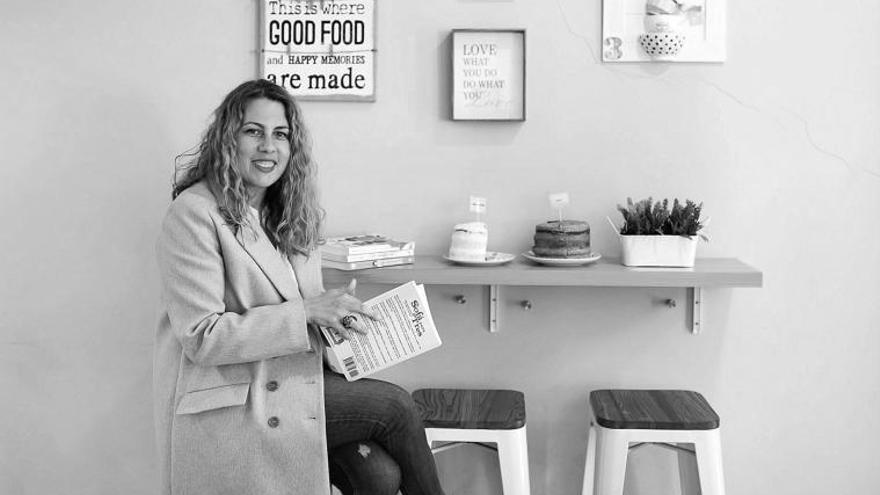 To begin with, I have to admit that I had to Google what Chick Lit was. Why this genre?

Yes, it is. The Chick Lit genre is one thing, the outright romantic-erotic, but since I am dedicated to personal development I have also added a third genre. The protagonist goes on the famous hero’s journey: the transformation process in which the character begins the book in one way and ends in a different way and with its best version.

Is it a book for women to read only?

No not at all. When I wrote the Sofa Trilogy I always thought that readers of this genre were women. And it is true that most of them are readers, but I was also very surprised by the number of men who read romantic books.

All writers are looking for something when they set out to write a book. What did you want to tell in this novel?

In April, through a fictional story, I wanted to bring to the table several social issues that affect women. The first is that of a relationship in which the woman is much older than the man: how society behaves, how do you behave with all those limiting beliefs that you have, that sometimes it is you who does not let you be happy. As in the case of the protagonist who considers having a relationship with a man 12 years younger and at first it is believed that this person has nothing to contribute and at the end of the book it is discovered that it is the other way around. What counts are the experiences you have had, not the years.

What else have you included?

The moment women are mothers that role occupies all other roles and it is not. And another issue that I wanted to put on the table is that there are many women who decide to undertake in order to reconcile and in the case of Abril it is seen how her husband grows like foam at work while she gives up the dream she had.

April does not receive any negative external comments about her relationship with a man 12 years younger. Except, the madwoman of the house, as the protagonist calls her. Your voice of conscience. He is a fundamental character in the development of the plot.

Óscar — we don’t discover anything if we say that he is the man with whom Abril falls in love — does not exist in reality. It’s too… perfect.

(Laughs) You’d be surprised how many bright young people there are. Óscar is a person who is 28 years old, but has lived very hard experiences in his adolescence: he fell into the pit, he was in the dark with drugs, on the verge of losing his life, but he discovered personal development and thus builds the personality that He is 28 years old. You are right that Oscar was my darling.

Certain. My friends told me ‘we don’t understand the title of the book’. You have to read it to understand it, he told them.

Speaking of friends. Abril’s friends, Maura and Susana, play a very important role in Abril’s life. Without friends we would be nothing.

We are used to labeling everything and it seems that a romance novel has to be a love relationship between a couple. But in the end, there is a love in the couple, but there is also a love towards your son, towards your mother, and then there is also love towards friends. Those friends who appear in the novel, who may seem secondary characters, in the end have a very important role because they contribute to the hero’s journey. They are the guides in the journey of the hero of April and they will also have their personal development throughout the book.