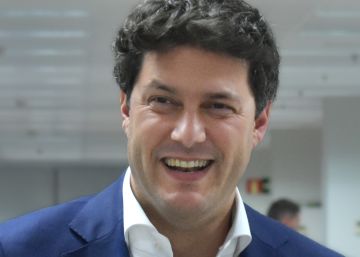 The supermarket chain Dia has appointed Ricardo Álvarez as the new CEO for Spain. Álvarez, an engineer with experience in business administration in the distribution sector in companies such as Lidl or Tesco, assumes the task of running the company, owned by the Letteone fund of Russian tycoon Mijail Fridman, at a difficult time, in the process of transformation for get out of a crisis of results and image that last year put it near liquidation.

According to Dia, Álvarez has more than 20 years of experience in the distribution sector in Spain and the United States and is incorporated “with the objective of promoting the process of change that the company is going through and the growth of the business in Spain.” Dia says he wants local teams for each of the business units “experienced and led by people with a great knowledge of the market.”

Álvarez has worked most of his career at Lidl, where he has been executive vice president and chief operating officer in Spain and the United States, where “he has led important cultural change projects and customer-centered business growth,” says the note sent by Dia. It is precisely that he directs “the change that the company needs in Spain” which underlines the CEO of the chain, Karl-Heinz Holland, in a few words of welcome. Holland underlines the “dynamic, agile profile, aimed at achieving ambitious goals and excellent results, with a clear passion for the customer “.

Ricardo Álvarez has extensive experience in the national and international distribution sector.

/ With this appointment, the company strengthens the leadership in its main market with the objective of accelerating its process of change.

Grupo DIA incorporates Ricardo Álvarez as the new general director of DIA Spain with the objective of promoting the process of change that the company is going through and the growth of the business in Spain. This appointment responds to the DIA Group’s strategy that in each of the countries in which it operates, the emphasis is placed on the local business with experienced teams and led by people with a great knowledge of the market.

Álvarez has more than 20 years of experience in the distribution sector in Spain and the United States. Throughout his career, the new CEO of DIA Spain has led important cultural change projects and customer-centered business growth. He has developed most of his professional career at Lidl, occupying the executive vice presidency and operations management in Spain and the United States.

“I want to welcome Ricardo Álvarez and thank him for taking the leadership of the change the company needs in Spain. Álvarez has a great professional career in the sector and has a dynamic, agile profile, aimed at achieving ambitious goals and excellent results, with a clear passion for the client. With your support and experience, I am sure that we will accelerate the process of change ”, underlines Karl-Heinz Holland, CEO of the DIA Group who will focus its efforts on leading the company’s entire strategy.

“My commitment in DIA is with its 26,000 employees and 1,500 franchisees who are turning, despite the difficulties, in providing the best service. I have a deep respect for this company that has more than 40 years of history and is a reference brand for thousands of Spanish homes. I join this great team so that together we make DIA the preferred choice for many clients, ”adds Ricardo Álvarez, CEO of Spain.

Ricardo Álvarez is an agronomist with a specialization in Food Processing Industry from the Polytechnic University of Madrid and a Master in Business Administration from the Instituto de Empresa. Álvarez’s professional career has always been linked to the distribution sector. He joined the Tesco sales team in Bray (Ireland) and from there he made the leap to the food distribution sector in Spain as responsible for different areas in Lidl. In this chain he has led important expansion, sales and team building projects. From 2013 to 2018 he has been executive director of operations in Spain and during the last years of the United States.